LONDON.- The exquisite drawings by Pierre-Paul Prud'hon (1758-1823) demonstrate some of the most fluent and delicate figural studies in the history of drawing. They are at once romantic and neoclassical in style, a unique blend which caught the attention of Napoleon Bonaparte during his reign.

On distinctive blue paper and with chalk in hand, Prud'hon’s delicate designs for paintings of allegories and myths, interior decoration and royal festivities encapsulate the refined splendour and pomp of an iconic French era. In the first UK display of his work, Dulwich Picture Gallery will reveal Prud'hon as an artist who emerged as one of the most exceptional talents working in post-Revolutionary Paris. Timed to coincide with London's commemorations surrounding the Bicentenary of the Battle of Waterloo, "Prud'hon: Napoleon’s Draughtsman" (23 June - 15 November 2015) will present a selection of some of the draughtsman’s best work. 12 works on paper come to the UK for the first time from Gray’s Musée Baron Martin, a small museum in eastern France. Ranging from portrait sketches to allegorical compositions and designs for interior decorations, these drawings demonstrate the range of Prud'hon's skills as a draughtsman. 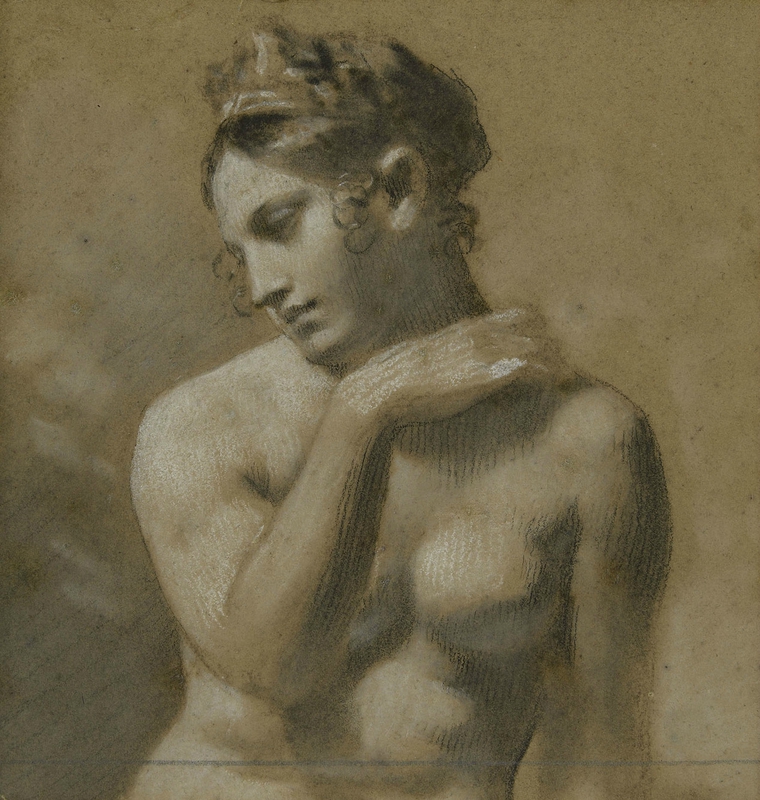 Taking centre stage in the display will be Prud'hon's luminous life studies, such as Seated Male Nude, remarkable for their ethereal forms, subtlety of light and shade, and mastery of expression. Prud'hon, unlike many of his contemporaries, drew from the live model throughout his career as it gave him the freedom to focus on certain forms or details without the confines of specific commissions. The bent pose of Standing Female Nude for example allowed Prud'hon to hone in on the figure’s back, capturing the delicate ripple of muscles with an abstract fascination. Prud'hon's career spanned almost half a decade, from the Ancien Régime and subsequent Revolution through to the Bourbon Restoration. His reputation, however, as a history and portrait painter to the royal household became firmly established under Napoleon. His informal style of portraiture, free from conventional imperial trappings, appealed particularly to Empress Joséphine who described his portrait of her, now in the Louvre, as “more the work of a friend than a painter.” Josephine sat for Prud'hon 15 times at her home just outside Paris. The sketches that record this encounter are remarkably expressive with rapid, vibrant strokes, Prud'hon's chalk captures the Empress sitting in easy, informal poses, suggesting a warm rapport between artist and sitter. Sorcha Ni Lideadha, Assistant Curator at Dulwich said: "We are greatly looking forward to re-establishing Prud'hon's reputation as an extraordinarily modern artist, whose drawings evoke a touch of the young Degas in their observation and lyricism. By bringing a selection of his drawings to the UK for the first time we hope that a new audience will have the opportunity to sense the living warmth and emotion Prud'hon communicated through his work.”

Prud’hon: Napoleon’s Draughtsman’ is co-curated by Sorcha Ní Lideadha, Assistant Curator and Dr Xavier Bray, Arturo & Holly Melosi Chief Curator, at Dulwich Picture Gallery. 12 works are on loan from the Musée Baron Martin, Gray, France with the additional loan of Standing Female Nude from the British Museum, the only life-study by Prud’hon in a UK public collection. 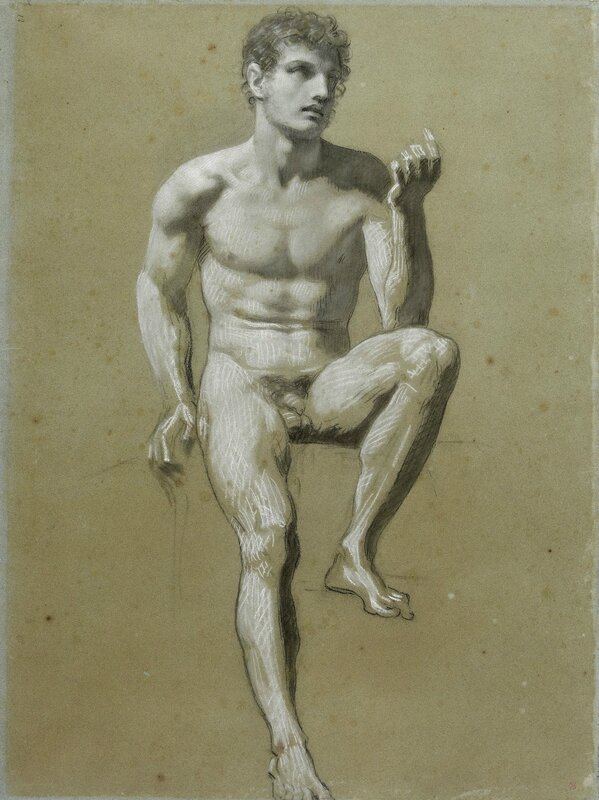