A Sargent Landscape, Unseen Works by Monet and Warhol and The Empress Eugenie Pearls Among Highlights at This Year's Masterpiece

A Sargent Landscape, Unseen Works by Monet and Warhol and The Empress Eugenie Pearls Among Highlights at This Year's Masterpiece LONDON - Masterpiece London, the summer’s leading international cross-collecting fair for art, antiques and design, will take place at the Royal Hospital Chelsea from 25 June – 1 July 2015 (Preview on 24 June). Supported by Principal Sponsor, the Royal Bank of Canada, the Fair sits at the heart of the capital’s busy summer art and auction season. Last year, the art market generated over half a billion pounds worth of art sales during the week of Masterpiece, and the Fair is delighted to support and promote this culturally significant time for London and the United Kingdom.

Visitors can look forward to what they have come to expect from Masterpiece London – a fair which offers for sale museum-quality works with superb provenance from over 150 galleries worldwide and provides an unparalleled opportunity to buy or admire the best pieces available across every discipline in the art market. Showcasing works that span over 4,000 years of art history, from antiquity to the present day, the Fair is a unique event that provides something of interest for every visitor.

Drawing collectors and museum curators from around the world, Masterpiece has established itself as an important annual meeting place. The success of the Fair can, in part, be attributed to the groundswell of interest and purchases from world-renowned institutions including the Museum of Fine Arts Boston, Rijksmuseum, MoMA, British Museum, Victoria & Albert Museum, The Getty and Tate, to name a few. In addition, this year the Fair welcomes the Wallace Collection, the National Portrait Gallery, The Courtauld Institute of Art and Sir John Soane’s Museum as its official Cultural Partners.

Nazy Vassegh, Chief Executive of Masterpiece said, “The 8 days when Masterpiece takes place is the epicentre of the art season in London. After just five years Masterpiece is now firmly regarded as both a leading international art fair and a welcome addition to the summer season in London. We are particularly delighted by the exhibitors and partners that will join us for the 2015 edition.”

Exhibitors are increasingly choosing Masterpiece as the event from which to showcase innovative new designs, specially commissioned contemporary works, masterpieces, new discoveries and works of immaculate provenance. 2015 is no different – New York based jewellery dealer Siegelson (USA) will offer for sale an exquisite pair of earrings containing pearls which belonged to the last Empress of France, Eugenie de Montijo. A portrait of the Empress hangs in the Metropolitan Museum of Art, New York, in which she can be seen wearing these pearls. Long-Sharp Gallery (USA) will display a rare and never before seen work by Andy Warhol, entitled ‘The Socialite’ of the attorney Olga Berde Mahl. This work was used by Warhol to purchase his Watts Street studio, which he worked in until his death. Masterpiece London has been referred to as “an international art fair with a British accent”. This year there will be an exceptional array of important British works offered for sale – Richard Green (UK) will offer a superb collection of 13 works by Laurence Stephen Lowry. In addition, Offer Waterman & Co (UK) will offer works by Barbara Hepworth, timed to coincide with the opening of the solo show at Tate Britain, alongside a monumental feminine form by William Turnbull, which will be presented in one of the public spaces within the Fair. Thomas Gibson Fine Art (UK) will offer the exceptional ‘Sighs from Hell’ by R. B. Kitaj, a skilled draughtsman who draws comparisons with Degas, which comes from the esteemed Bergman collection in Chicago, Lowell Libson Ltd (UK) will offer a great late watercolour by J.M.W. Turner, ‘A view over the val d’Aosta’, painted in 1836, while Piano Nobile (UK) will offer works from 20th century British artists, including ‘The Grey Shawl’ by William Nicholson, , which comes from the private collection at Harewood House, and 'KA IV', by Bridget Riley, created in 1980. Important British works will also include ‘The Tom Scott Collection of Clocks’ offered for sale by Carter Marsh & Co (UK), which is the finest private collection of clocks to come onto the market in living memory and includes the 1696 ‘Medici Tompion’. British furniture highlights include a diverse selection of antique tables, such as a George II carved side table attributed to William Linnell, a magnificent table with a rectangular Medicis Breccia marble top, to be offered by Apter-Fredericks (UK). 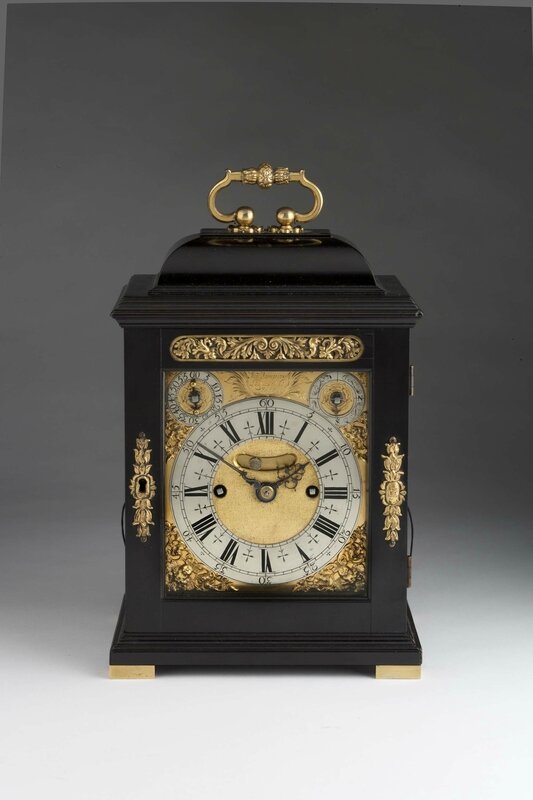 The Prestige Tompion no.285. Courtesy of Carter Marsh & Co (UK) Other highlights include a Louis-Alexandre Bellangé desk, created in a Renaissance style c.1840 in Paris, with ebony and tortoiseshell inlay on an oak structure, mahogany drawers and gilt bronze mounts, presented by Didier Aaron (UK; France; USA). The Hinton House Strong Box, a rare William and Mary brass bound ebonised strong box on a giltwood stand, created c. 1690, will be presented by Ronald Phillips (UK), while Rolleston (UK) will present an exceptional Charles II olive oyster-veneered and floral marquetry cabinet. Rose Uniacke (UK) will present one of the only beds to have ever been exhibited at the Fair – attributed to R. W. Winfield, this is an eye-catching silvered pressed metal and parcel gilt four poster bed, created c.1860. From the 20th century, Geoffrey Diner Gallery (USA) will present two iconic Tiffany Studios lamps, one depicting the peony and the other wisteria, and a Gerald Summers armchair constructed from a single piece of bent plywood, which is also the first chair to be formed in a mould, will be presented by Peter Petrou (UK). 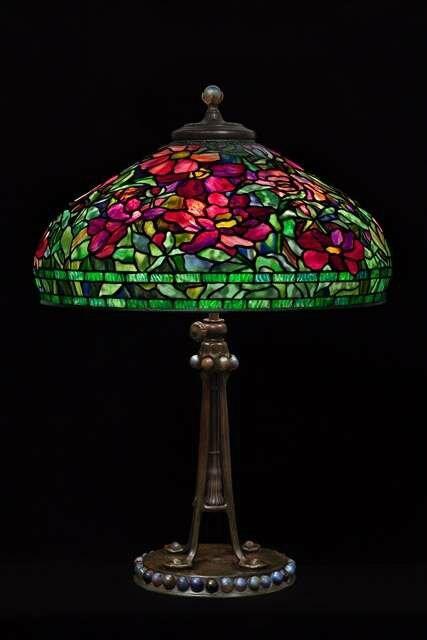 Masterpiece has long heralded the discipline of design and designer-makers as central to the Fair. This year an already strong line-up of design specialist galleries will be bolstered by theaddition of David Gill Gallery (UK), who will offer some ground-breaking works by Mattia Bonetti, as well as pieces from Zaha Hadid, and the return of design studio Based Upon (UK),who will showcase the breadth of their capabilities and in particular their innovative material‘tramazite’. 88-Gallery (Hong Kong) will offer important and vibrant works by Kam Tim, and Carpenters Workshop Gallery (France; UK) will offer a body of work by Ingrid Donat. Britishdesign house Linley (UK) will unveil 'LIGHTSCAPE' a collection of three pieces that celebrate thechanging light in the city and how it transforms architecture. 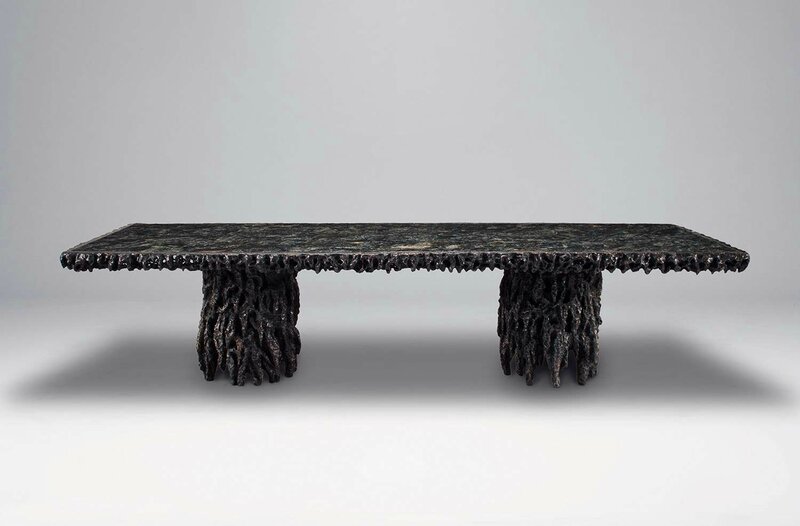 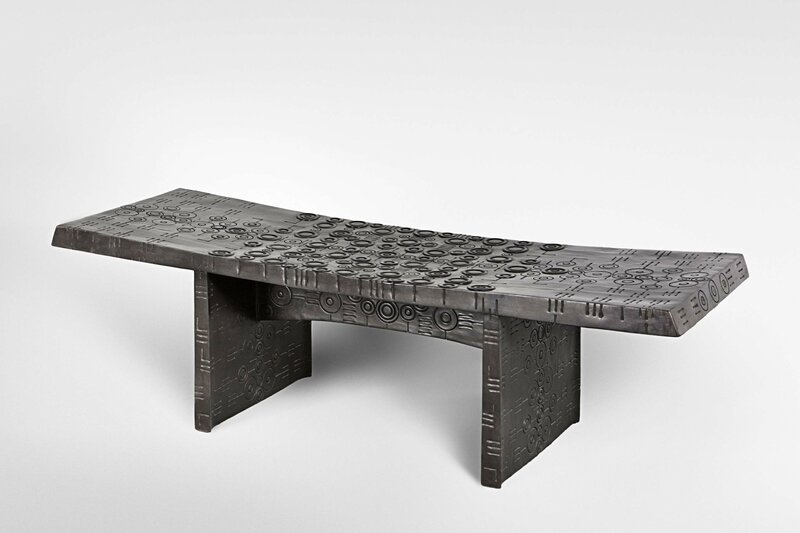 Tickets can be purchased online at www.masterpiecefair.com

Commentaires sur A Sargent Landscape, Unseen Works by Monet and Warhol and The Empress Eugenie Pearls Among Highlights at This Year's Masterpiece