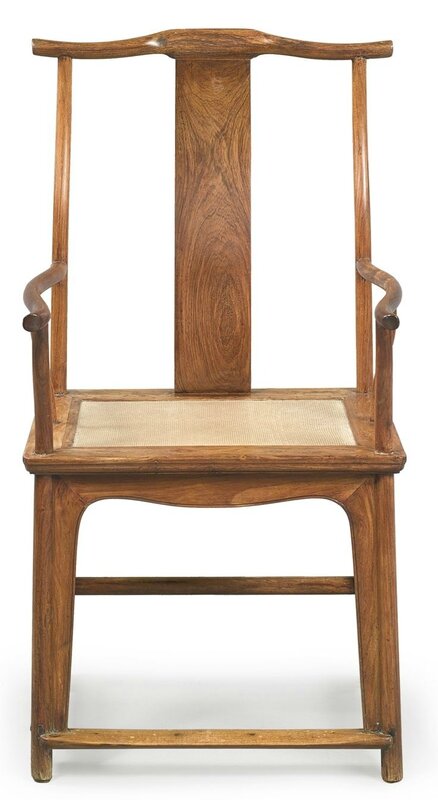 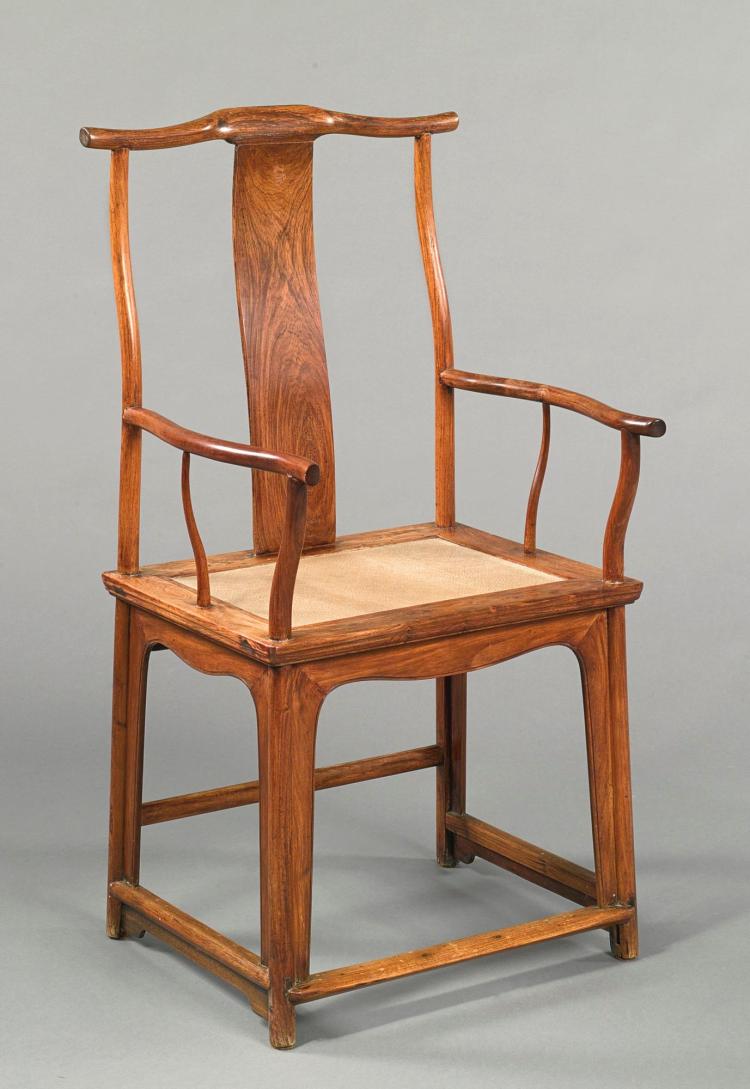 the shaped crestrail with extending truncated ends, the two corner posts with a gentle S-curve to the seat frame and forming the back legs, centered by a wide serpentine rectangular splat, the outscrolled arms with S-form mid and front supports, the molded edged frame enclosing a hard mat seat, above beaded and shaped front and side aprons, the cylindrical legs joined by low front and side stretchers and a high back stretcher, two transverse stretchers beneath.

Notes: In the late Ming dynasty, the elegant simplicity of this imposing and spare form represented the height of grand literati taste. The famed 17th century arbiter of refinement, Wen Zhenheng, in his best known work, Zhang Wu Zhi (Treatise on Superfluous Things) advocated restrained design as exemplified by the present armchair and goes so far as to describe excessive decoration as vulgar. Similar examples of this classic form are illustrated in Wang Shixiang, Connoisseurship of Chinese Furniture, vol. 2, Hong Kong, 1990, pl. A70; and one of a pair illustrated in Nancy Berliner, Beyond the Screen, Museum of Fine Arts, Boston, 1996, p. 104, cat. no. 8.

For a general discussion on the basic model and elegant decorative vocabulary of these chairs, see Curtis Evarts, 'From Ornate to Unadorned, A Study of Yokeback Chairs', Journal of the Chinese Classical Furniture Society, Spring 1993, pp. 24-33. Examples of this form recently at auction include one sold in our London rooms, 13th May 2015, lot 115; and two in these rooms, 17th-18th March 2015, lot 221 and 18th-19th March 2014, lot 419.