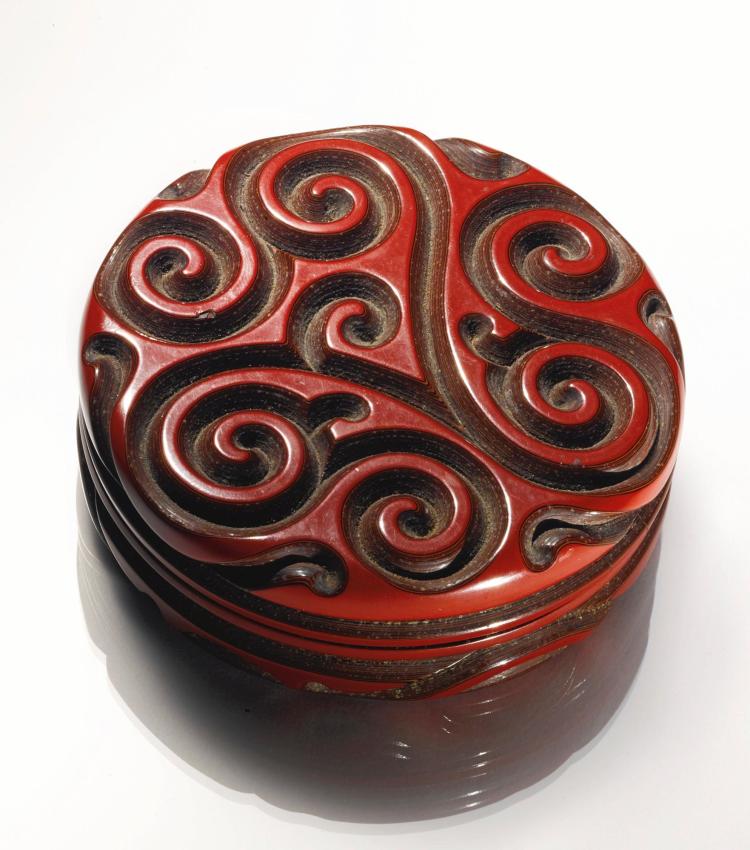 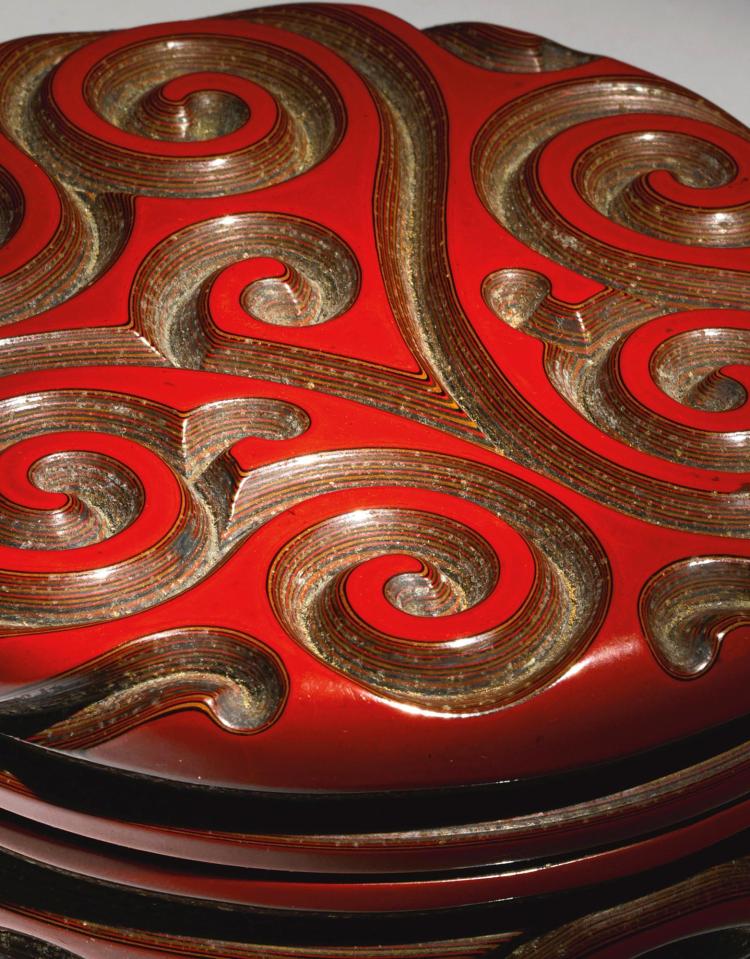 of circular form, the cover and sides of the box deeply carved through the alternating layers of red, black, green and yellow lacquer with ruyi scrolls, the interiors and base applied with plain black lacquer, Japanese wood box (3).