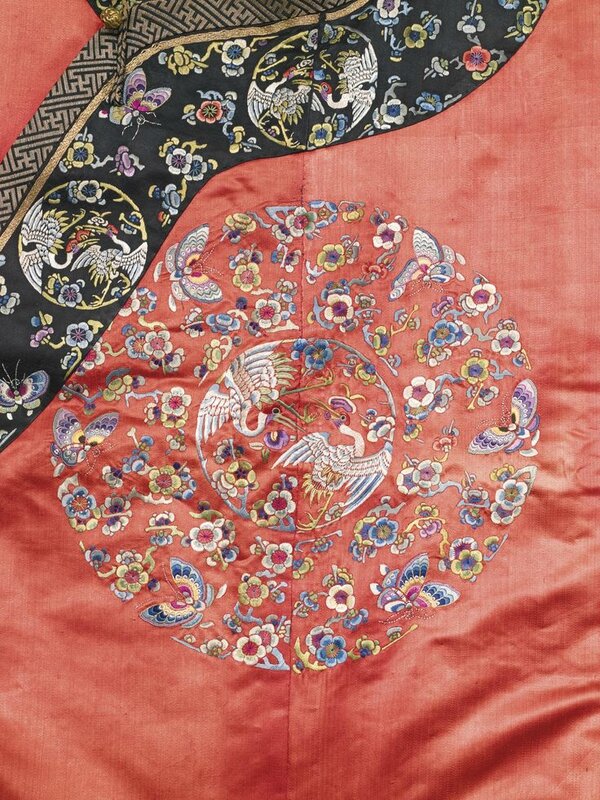 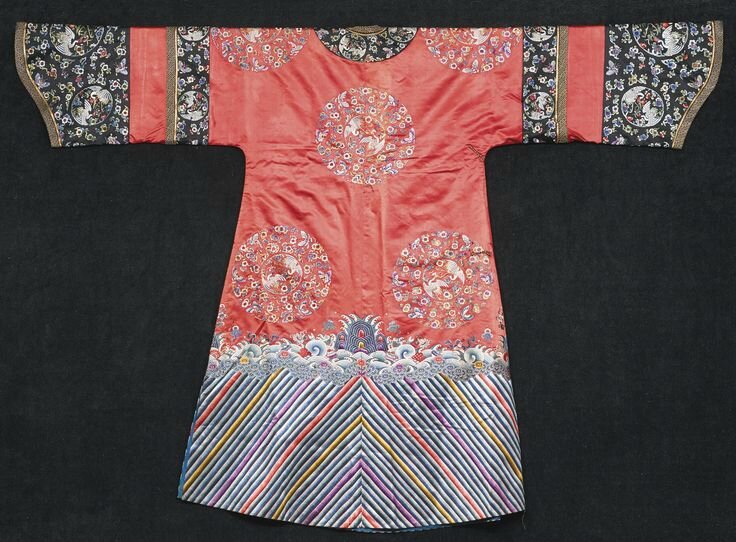 embroidered with eight medallions, each with a pair of cranes surrounded by and wide band of prunus sprigs and butterflies, the design repeated on the cuffs, collar and sleeve bands, edged in black and gold brocade, with terrestrial diagram and lishui border at the hem - Length  55 in., 140 cm;  Width 80 in., 203 cm