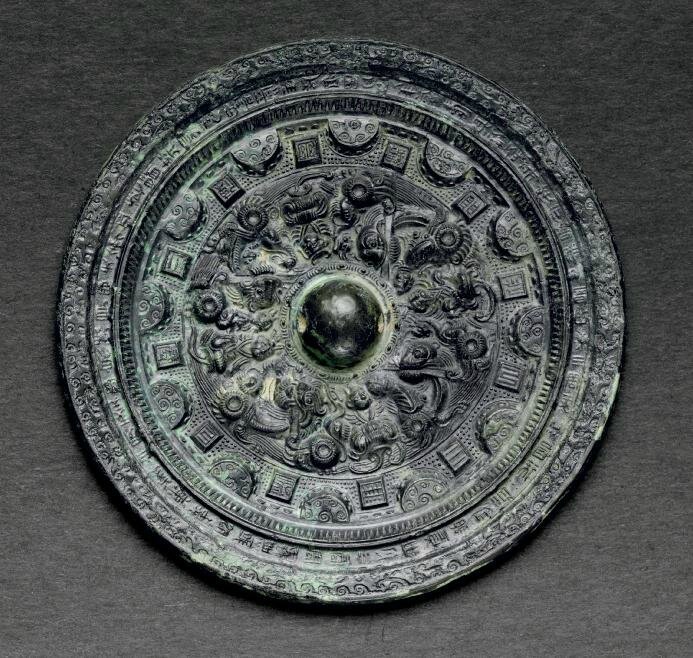 The central knob is surrounded by divinities and beasts within a band of half circles alternating with squares cast with characters, all encircled by a narrow hatchured border, a narrow inscription band and a band of clouds on the rim. The mirror has a blackish patina and some areas of milky green encrustation. 6 ½ in. (16.5 cm.) diam., Japanese wood box; 307 g