SAN FRANCISCO, CA.- The Asian Art Museum—well known for its vast collection of antiquities —is surprising visitors with First Look: Collecting Contemporary at the Asian, an exhibition featuring highlights of its contemporary art collection acquired over the past 15 years. On view Sept. 4–Oct. 11, 2015 and organized by guest curator Allison Harding, the exhibition presents 57 artworks, many on view for the first time at the museum, that spark connections to Asia’s histories and traditions with the immediacy of contemporary ideas.

Today, the Asian Art Museum collection features more than 18,000 artworks, including more than 1,100 works created in the past 55 years. First Look displays a range of mediums from photography, animation and video to contemporary Korean ceramics, Chinese ink paintings, sculptural Japanese baskets, installations, drawings and more. A relationship to Asian art history and practices ties these diverse pieces together.

Works debuting at the museum include two digital animation pieces by Japanese technologists teamLab. Also on view is Untitled, No. 25 (2008), an iconic photographic image by the husband and wife team, RongRong and inri, depicting the couple with their hair braided together, literally joining them as one. Another museum debut is Ahmed Mater’s Illumination Waqf (2013), a diptych print in the form of an Islamic manuscript with decorated borders, shows X rays of two human figures, as if in conversation. “To truly understand the contemporary, you must understand the tradition from which it emerged,” says Harding. “First Look embodies how tradition can inspire new works in the present and continue to impact contemporary life.”

“First Look introduces visitors to the Asian Art Museum’s expanding collection of contemporary art by some of the leading artists from Asia and America today. In First Look, you’ll see works by artists from Cambodia, China, India, Japan, Korea, Philippines, Saudi Arabia, Thailand and the United States,” says museum director Jay Xu. “Contemporary art is an integral part of the museum’s artistic vision and brand promise: awaken the past and inspire the next.” 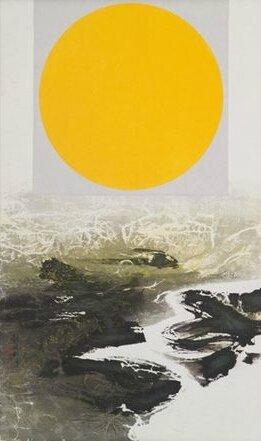 Visitors are encouraged to start their journey in Osher Gallery, followed by Vinson Gallery, Hambrecht Gallery and then Lee Gallery.

Osher Gallery: Exploring Nature & Mastering Material
Art dealing with landscape, whether everyday scenes or representations of spiritual connections to nature, extends throughout the museum’s entire collection. The contemporary works in First Look examine this traditional subject in bold, unique ways. In Zhu Jinshi’s painting The Third Time Going to the Yellow Mountain (2011), dense and dramatic strokes of oil paint create ridges and valleys to mimic the geography and monumentality of breathtaking terrain. Pinaree Sanpitak emphasizes spiritual connections to nature and looks to the earth as the origin of human life. Her work often evokes fertility and sustenance through simplified forms recalling vessels, clouds, and the female breast, as seen in her painting Iris (2014). RongRong and inri’s photograph Untitled, No. 25 shows their braided hair, evoking natural forms such as leaves, branches, or the flow of water. This theme echoes the couple’s earlier works set in the landscape that explore human relationships to nature. 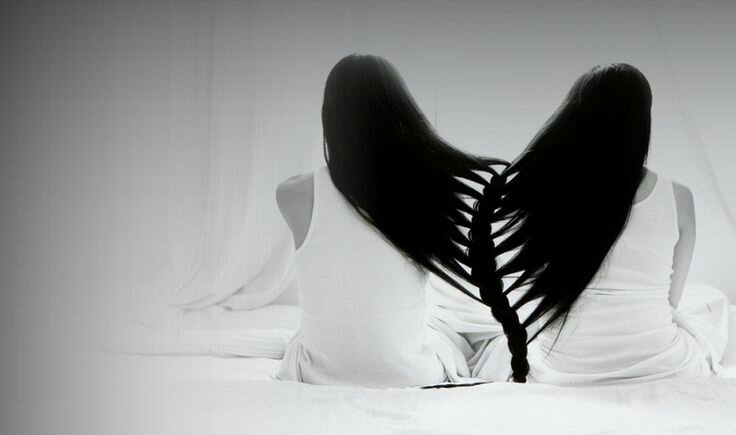 Osher Gallery also presents artworks that push the limits of material histories. Materials connect us to culture, revealing ideals and principles developed centuries ago that continue to inspire creativity. In Zheng Chongbin’s painting Ended Season (2011), the artist synthesizes Chinese painting traditions with Western genres of abstraction. Koo Bohnchang’s work echoes the pure, minimal forms of Korean ceramics by translating the essence of traditional whiteware vessels into contemporary mediums, as seen in his video Vessel (2014) and photograph AAM 010 (2011). Similarly, Kim Yik-yung’s ceramics emphasize the whiteness of porcelain clay used in traditional Korean ceramics and the aesthetics of modern forms, overlapping the traditional and the contemporary. 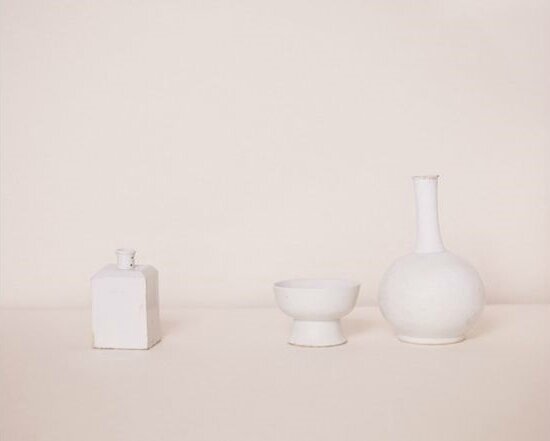 Materials can allude to notions of place and transformation. Sopheap Pich works with materials and objects reclaimed from the land—rattan, bamboo, knives, wire—to connect his art to Cambodia’s landscape. In his sculptural work Receding Waves (2015), he alludes to the country’s tragic history during Communist rule from 1975 to 1979 and his childhood memories of this period. Norberto Roldan explores Filipino history through his assemblages of found objects relating to the Philippines’ colonial past and Catholicism in his installation piece Everything is Sacred #1 (2009). Ranu Mukherjee’s Forest (2013) features two tree species, one native—California Redwood—and another foreign— Eucalyptus. It also depicts jewels through photographs of collaged pages of Vogue India.

These modes of translation and layering echo a theme that runs throughout Mukherjee’s art: the gaps that occur between learned fragments of history. At the end of Osher Gallery is Shreyas Karle’s Museum Shop of Fetish Objects (2012), an installation of more than 30 objects arranged to resemble a museum presentation, satirically exploring themes and clichés of the Indian cinema industry Bollywood.

Hambrecht Gallery: Innovating Ink
Hambrecht Gallery features several contemporary Chinese ink paintings, highlighting a blossoming area in the museum’s collection. The collection currently has more than 70 works by leading artists in the field, including Chan (1974) by Lu Shoukun, the pioneer of the New Ink Movement in Hong Kong. The gallery also showcases works by artists who have pushed the medium beyond paper to video. In Xu Bing’s The Character of Characters (2012), the monumental animation presents a playful yet profound conceptual narrative told through more than 10,000 hand-drawn images. Yang Yongliang’s video The Night of Perpetual Day (2013) combines Chinese painting traditions with new media techniques to construct an animated landscape exploring China’s rapid urban development.

In teamLab’s digital animations, Cold Life (2014) and Life Survives by the Power of Life (2011), traditional calligraphic forms fuse with anime aesthetics to present 3-D digital worlds of natural and supernatural imagery. The artists say that their work has been influenced by the representation of space in traditional Japanese art, in which figures and objects share a single, flattened spatial plane.

Lee Gallery: Thinking Through History
The works in this gallery look at history through a contemporary lens. Bay Area artist Hung Liu examines history through archival photographs, which she “both preserves and destroys” through signature washes and drips that overlay her compositions, as seen in the three paintings titled The Long Wharf: Chinese Junks (The Three Graces) (from an archival photograph, circa 1885) (1996). Chen Man aspires to make visual illustrations of Chinese culture using modern aesthetics in her works, as seen in Long Live the Motherland, Shanghai No. 1 (2010).

Other artists reference personal history and self in their artworks. In Liu Xiaodong’s River (2005–2006), a 30-foot scroll functions as a compendium of the artist’s career, as illustrated through 92 figures. In Manuel Ocampo’s An Object at the Limits of Language—Necromantic Kippian Emancipator: No. 2. (2000), the Filipino artist references German artist Martin Kippenberger, whose work has inspired Ocampo's practice, and examines the many ways that Catholicism, colonialism, and popular culture have shaped Filipino identities. In Ahmed Mater’s Illumination Waqf (2013), the artist plays with multiple meanings of the word “illumination”: as the precise ornament on the painted page that adds light to God’s word, as the revealing of the interior human body with x-ray technology, and as the lighting up of the soul through the words of God. Through variously examining specific traditions and cultures and, in some cases, how cultures engage with one another, these works suggest that the past is still alive in the present, its lessons offering insights relevant to today’s perspectives.