LONDON.- A major exhibition celebrating 100 years of cutting-edge fashion, beauty and portrait photography by British Vogue will open at the National Portrait Gallery, London, in February 2016, it was announced today.

Vogue 100: A Century of Style (11 February – 22 May 2016) will showcase the remarkable range of photography that has been commissioned by British Vogue since it was founded in 1916, with over 280 prints from the Condé Nast archive and international collections being brought together for the first time to tell the story of one of the most influential fashion magazines in the world. Decade by decade, the exhibition will explore British Vogue’s unfaltering position at the forefront of new fashion, its dedication to the best in design, and its influence on the UK’s wider cultural stage during some of the most inventive and exciting periods in style, taste, the arts and society. Exquisite vintage prints from the early twentieth century, ground-breaking photographs from renowned fashion shoots, unpublished work and original magazines will be brought together in this first retrospective survey of the celebrated magazine. 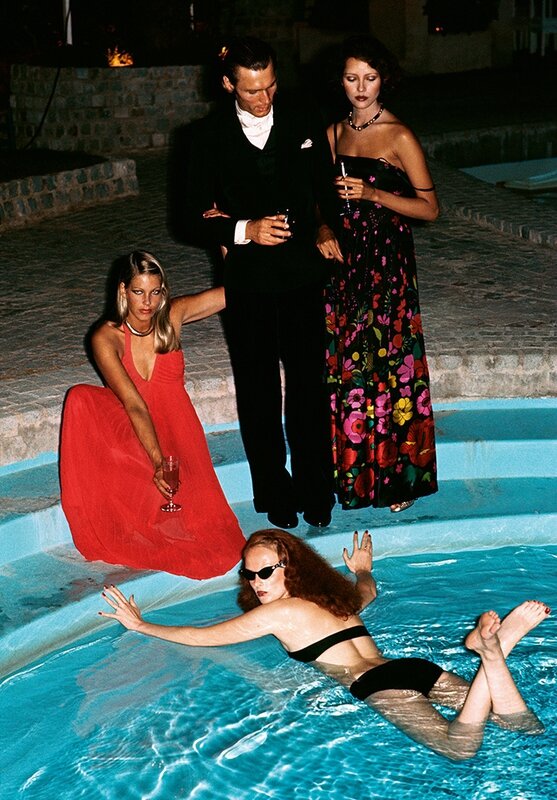 The exhibition will also include many of the faces that have shaped the cultural landscape of the twentieth century, from Henri Matisse to Francis Bacon, Lucian Freud and Damien Hirst; Marlene Dietrich to Gwyneth Paltrow; Lady Diana Cooper to Lady Diana Spencer; and Fred Astaire to David Beckham. Also featured in the exhibition will be the fashion designers that defined the looks of the century, including Dior, Saint Laurent and McQueen.

Highlights of the exhibition include the entire set of prints from Corinne Day’s controversial Kate Moss underwear shoot, taken in 1993 at the pinnacle of the ‘grunge’ trend; Peter Lindbergh’s famous 1990 cover shot that defined the supermodel era; a series of exceptional Second World War photographs by Vogue’s official war correspondent, Lee Miller; a rare version of Horst’s famous ‘corset’ photograph from 1939, which inspired the video for Madonna’s hit song Vogue; and vintage prints by the first professional fashion photographer, Baron de Meyer. Theatre and opera set designer Patrick Kinmonth will act as Exhibition Designer & Artistic Director for the exhibition, taking visitors on an immersive and imaginative journey through the greatest moments in the history of British Vogue.

Dr Nicholas Cullinan, Director of the National Portrait Gallery, London, says: ‘British Vogue has played a pivotal role in the development of photographic portraiture over the past century, commissioning leading photographers and designers to produce some of the most memorable and influential images in the history of fashion. We are extremely grateful to Alexandra Shulman and her team for giving us unprecedented access to the treasures of the Condé Nast archive and for allowing us to present a panoramic view of this hugely important British institution on a scale that has never been seen before.’

Alexandra Shulman, Editor in Chief of British Vogue, says: ‘Vogue 100: A Century of Style is a landmark exhibition in the history of magazine photography. I am incredibly proud of this collection of exceptional photography and of the whole concept of the exhibition, which shows the breadth and depth of the work commissioned by the magazine as well as Vogue's involvement in the creation of that work. The National Portrait Gallery is a wonderful place for this show, which mixes portraiture and contemporaneous artistic style in the same way as much of the Gallery's own collection. Anybody interested in photography, fashion, fame and magazines will find this an unmissable experience.’ Leon Max says: ‘I have always had an interest in art and fashion so it was a natural fit for Leon Max to support Vogue 100: A Century of Style, an exhibition celebrating two institutions: Vogue and the National Portrait Gallery.’

British Vogue was founded in 1916, when the First World War made transatlantic shipments of American Vogue impossible and its proprietor, Condé Nast, authorised a British edition. It was an immediate success, and over the following ten decades of uninterrupted publication, the magazine continued to mirror its times and put fashion in the context of the wider world – the austerity and optimism that followed the two world wars, the ‘Swinging London’ scene in the sixties, the radical seventies and the image-conscious eighties. In the magazine’s second century, it remains at the cutting edge of photography and design. The exhibition is curated by Robin Muir who is a Contributing Editor to British Vogue. He has arranged many exhibitions over the last twenty years focusing on fashion and portrait photography, including Under the Influence: John Deakin and the Lure of Soho at the Photographers’ Gallery (2014), Unseen Vogue: The Secret History of Fashion Photography at the Design Museum (2002) and Snowdon: A Retrospective at the National Portrait Gallery (2000). Muir has also curated major exhibitions for the V&A, the Museum of London, and the Yale Center for British Art, New Haven. His books include People in Vogue: A Century of Portraits (2003) and Vogue Model (2010).

Vogue 100: A Century of Style has been organised by the National Portrait Gallery in collaboration with British Vogue as part of the magazine’s centenary celebrations.