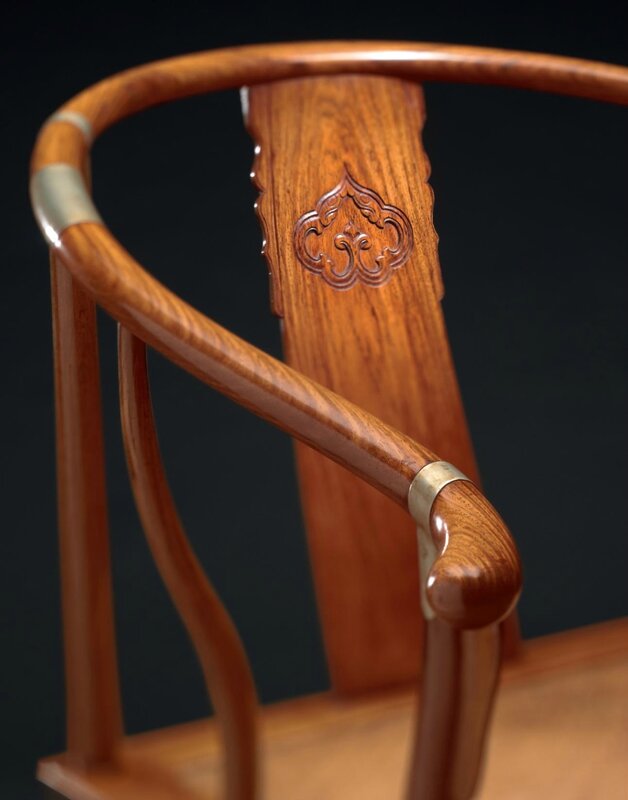 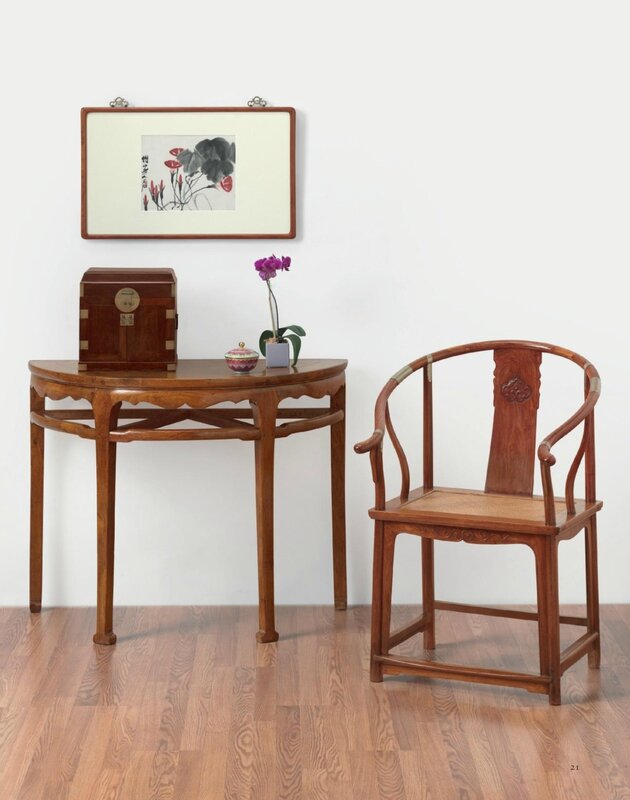 The sweeping crest rails terminate in out-swept hooks and are supported by the C-shaped splat carved at the center with a ruyi head and S-shaped struts. The hard mat seats are set within the rectangular fames above shaped, beaded aprons carved in front with a conjoined leafy scroll, and plain aprons and spandrels on the sides and back. The legs are joined by stepped stretchers and footrest above a plain apron. 38 1/8 in. (96.8 cm.) high, 23 ½ in. (59.7 cm.) wide, 18 in. (45.7 cm.) deep

Examples of this popular form in huanghuali include a pair with carved ruyi heads on the splats, illustrated by Wang Shixiang and Curtis Evarts in Masterpieces from the Museum of Classical Chinese Furniture, Chicago and San Francisco, 1995, p. 56, no. 26, and later sold at Christie's New York, 19 September 1996, lot 99. A single huanghualihorseshoe-back armchair, carved in similar fashion, is illustrated by R.H. Ellsworth in Chinese Furniture: One Hundred Examples from the Mimi and Raymond Hung Collection, New York, 1996, pp. 68-9, no. 14, where it is dated to the late Ming dynasty, ca. 1600-1650. See, also, the 17th century pair of huanghuali horseshoe-back armchairs with carved splats sold at Christie's New York, 20-21 March 2014, lot 2247.