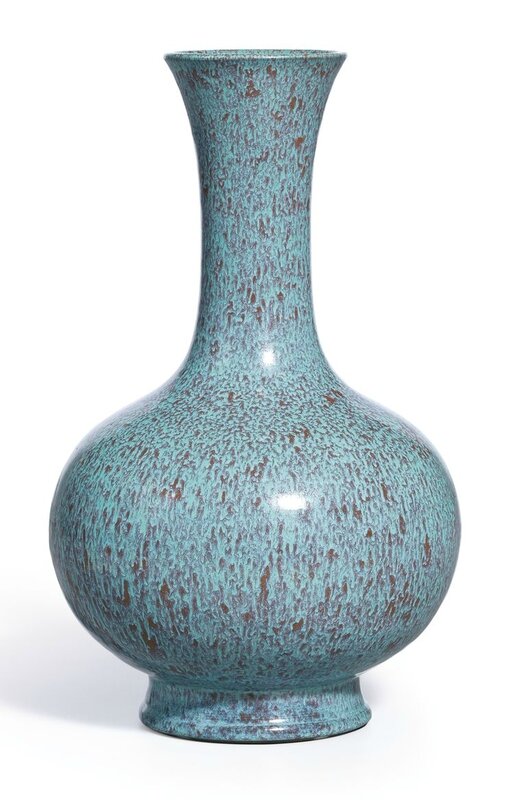 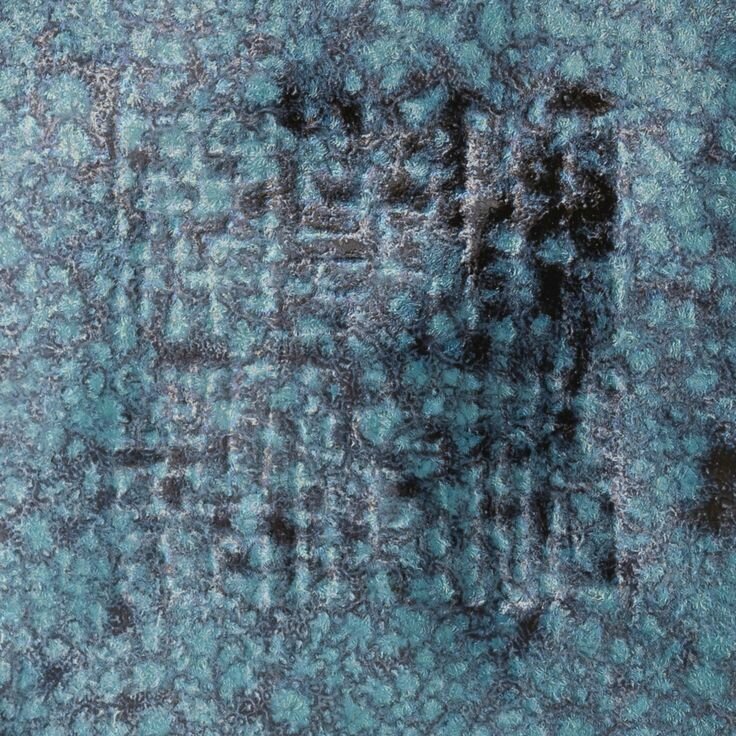 supported on a short spreading foot modelled with a raised fillet, elegantly potted with a slender waisted neck rising from a globular body to a slightly everted mouth, covered overall with a thick and unctuous mottled brown, lavender and turquoise glaze, the recessed base incised with a six-character seal mark, wood stand.

Notes: Innovated during the Yongzheng period (1723-35) and particularly favoured by the Qianlong Emperor, the ‘robin’s egg’ glaze was created as a reinterpretation of Jun glazes of the Song (960-1279) and Ming (1368-1644) dynasties. A development attributable to Tang Ying (1682-1756), the glaze was coined lu jun, or ‘furnace Jun’ because it was fired at a lower temperature than that of firing the porcelain. This glaze is mentioned on a stele inscribed by Tang Ying in Jingdezhen as one of the major types of ceramics that he succeeded in firing and proposed as suitable for regular delivery to the imperial court. The mottled turquoise effect on the present vase, achieved with the use of copper and arsenic, is particularly finely streaked and the shade is of a vivid light turquoise blue. While some quantities of vessels covered in this striking glaze were manufactured in the Imperial kilns, only the finest pieces bear a Yongzheng or Qianlong mark.