VERONA.- The exhibition Seurat, Van Gogh, Mondrian. Post-Impressionism in Europe, a European preview held Verona, features 70 incredible masterpieces from the Kröller-Müller Museum in Otterlo including the renowned Self-Portrait (1887) of Van Gogh, Sunday at Port-en-Bessin (1888) by Seurat, The Dining Room (1886–87) by Signac and Composition with Red, Yellow and Blue (1927) by Mondrian.

The event recounts the epoch-making turning point in the late 19th and early 20th century when the astonishing canvases of Georges Seurat and Paul Signac opened a new chapter in the history of art. Born in France in 1886, Post-Impressionism is characterized by the French technique of Pointillism, also known as Divisionism in Holland and Belgium, where the traditional, uniform application of colour gives way to countless dots or dabs of many different colours, which offer the eye a different perception of reality.

A great many artists experimented with this technique, especially in France, Belgium and the Netherlands, and some of their most important works were collected by Helene Kröller-Müller, the wife of wealthy Dutch industrialist and founder of an incredible museum in the depths of the Dutch countryside whose riches are, however, not readily accessible.

The name of Vincent Van Gogh stands out among these artists. During the brief and dramatic period spent in France, his brushstrokes took on an unprecedentedly dramatic and vigorous character capable of imprinting deep emotions on the canvas. These initial steps then led in the space of a few decades to the radical revolution of abstraction brought about by Piet Mondrian.

The exhibition in Verona is a unique opportunity to behold the works of great artists held in the Kröller-Müller Museum.

A great deal of space is also devoted to scientific experiments on colour, the optical-visual processes and photography, an invention closely connected with the Divisionist technique.

The new freedom brought by the Impressionists shook the world of art. Natural light burst into painting and the practice of working en plein air led to radical innovations. Very soon, however, a new “revolution of colour” gathered momentum as advances in optics and physics, the development of photography and scientific research into the chromatic perception of the human eye opened up a period of experimentation and new approaches.

The show opens with Georges Seurat, the key artist of Post-Impressionism, who died prematurely at the age of just 32. Endowed with a highly sophisticated style, he developed a complex and rigorous scientific theory of the relations between light and colour that led to the birth of Pointillism, the unmistakable technique based on separate dots of colour that undergo “fusion” in the viewer’s eye. Though apparently a rigorous and almost impersonal experiment, this yields extraordinarily poetic results in the tranquil image of the world that Seurat offers us above all in his landscapes, including the memorable Sunday at Port-en-Bessin (1888). Characterized by the presence of water in rivers, seas and canals, glistening light, the reflection of boats and houses, and deep horizons, they mark a new phase for art. 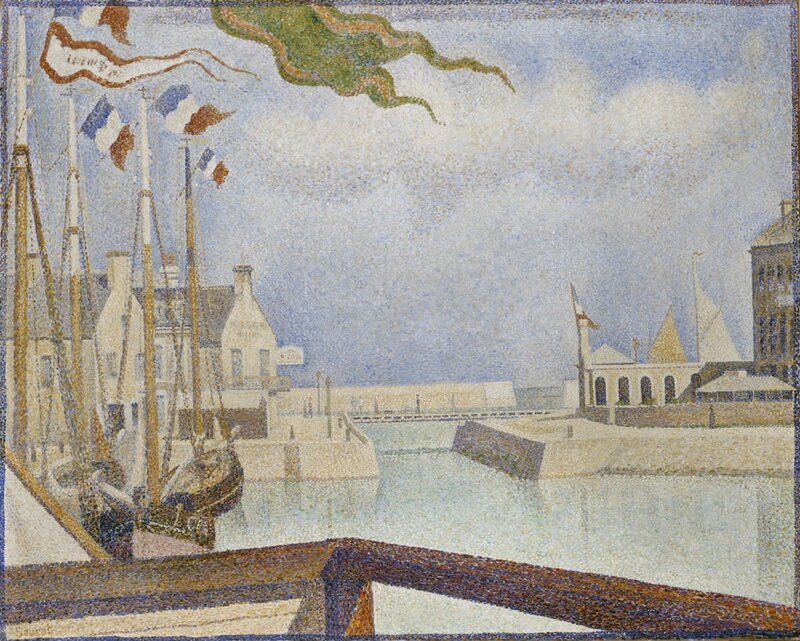 Two rare and precious drawings (Girl. Study for ‘A Sunday afternoon on the Island of Grande Jatte’, 1884–85, and Woman with a Muff, c. 1884) demonstrate the delicacy of Seurat’s conception and portrayal of the human figure, using the effect of images that emerge on the photographic plate as a point of reference.

Alongside Seurat, Paul Signac was a masterly practitioner of Pointillism in landscapes of glowing colour and sunshine often on the Riviera. One absolute masterpiece is his Dining Room (1886–87), which demonstrates that this highly particular chromatic technique can serve not only to investigate nature but also to revel hidden emotions, secrets and the innermost workings of the mind. 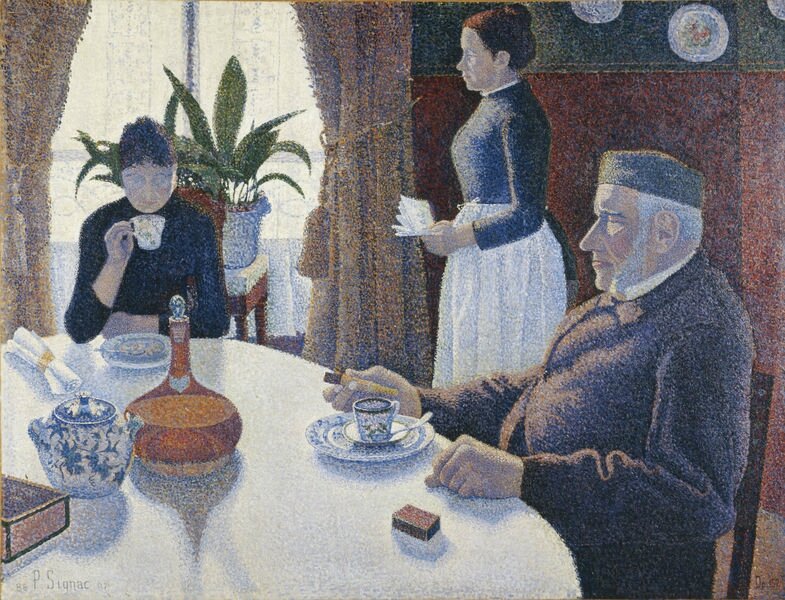 The second room focuses on the international development of Divisionism and the introduction of new subject matter. Born as a tool for the investigation of reality, Pointillism was used initially in landscapes, as exemplified by the two vibrant canvases of Henri Edmond Cross and especially the Study for ‘Le Ranelagh’: Park with Figures (c. 1889). The technique was, however, soon applied to other subjects by artists like the sensitive, versatile and charming Théo Van Rysselberghe. The six canvases on show by this late 19th-century Belgian painter include seascapes, female nudes and family scenes of great importance. Among them the splendid In July, before Noon (1890), a capital work in the European painting of the time, stands out by virtue of its size, luminosity and poetry. Symbolism constitutes a very particular episode with its return to mystical and religious themes. The most authoritative interpreter of this renewed Christian sensibility on the threshold of the 20th century is Maurice Denis, who applied the technique of Nabis (the group he founded together with Gauguin) to themes of great ideal impetus. Also on show are works by Johan Thorn Prikker, who took Pointillism as his starting point for mystical works in which traditional religious subjects are addressed in the spirit and style of international symbolism, such as Christ on the Cross (1891–92) and The Madonna of the Tulips by the Cross (1892).

The tormented human existence of Vincent van Gogh blazed in the same period in another part of France. Two parallel experiences with astonishingly different results. Instead of painstaking analysis, a vibrant and feverish tangle of thick, impassioned brushstrokes. Fascinated by the lights of Paris and then dazzled by the sun of Provence, Van Gogh went beyond Impressionism. The primary tool was unquestionably colour, vigorously applied with a thickly laden brush and sometimes almost squeezed directly out of the tube onto the canvas to create a wholly new and dramatic form of intensity.

Presenting an exceptional group of no fewer than eight paintings and two drawings by Van Gogh, all from the period spent in France (1887–90), the exhibition contrasts his neurotic vision with the serene world of Seurat. Impassioned masterpieces like The Sower (1888) and Landscape with Sheaves of Wheat and Rising Moon (1889) were crucial starting points for the development of European Expressionism. 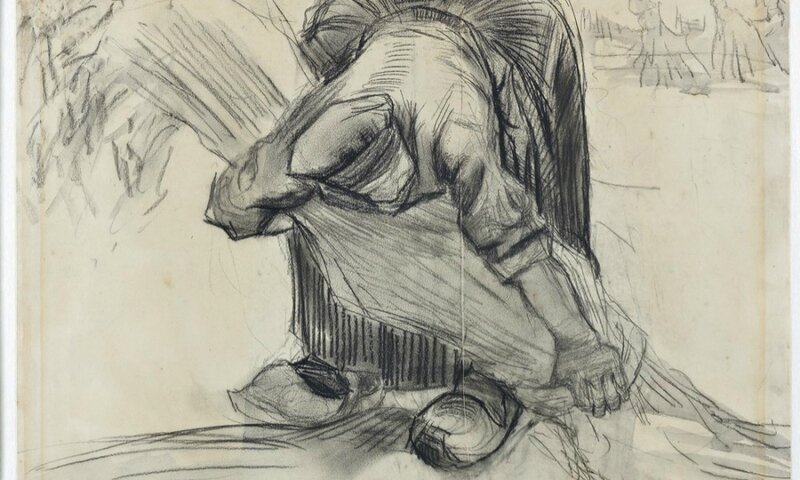 Without even realizing it, Van Gogh turned the traditional rules of painting upside-down to endow them with new vigour, as attested in the exhibition by the works of French, Belgian and Dutch artists clearly influenced by his glowing brushstrokes.

One of the most significant aspects of Divisionism is the large number of works on subjects connected with labour and social developments in an age of deep and radical changes with a dialectic between town and country, industrial development and the dynamics of productive. A smoking factory chimney thus stands out not only in views of Paris by Maximilien Luce such as Outskirts of Montmartre, Rue Championnet (1887) but also in the canvases of Lemmen (Factories on the Thames, 1892) and Sluijters (Metamorphosis, 1908).

Another significant figure is Henry van de Velde, an architect and designer from Antwerp and one of the leading European masters of Art Nouveau. The interesting early works on show include studies of human figures but above all the splendid Twilight (c. 1889), where the scene is simplified into linear expanses of colour.

With his crucial Bridge in London (late 1888 – early 1889), Toorop leads us towards the last section of the show, which is devoted to one of the most significant developments of the exploration of colour, namely the gradual progress towards abstract art. 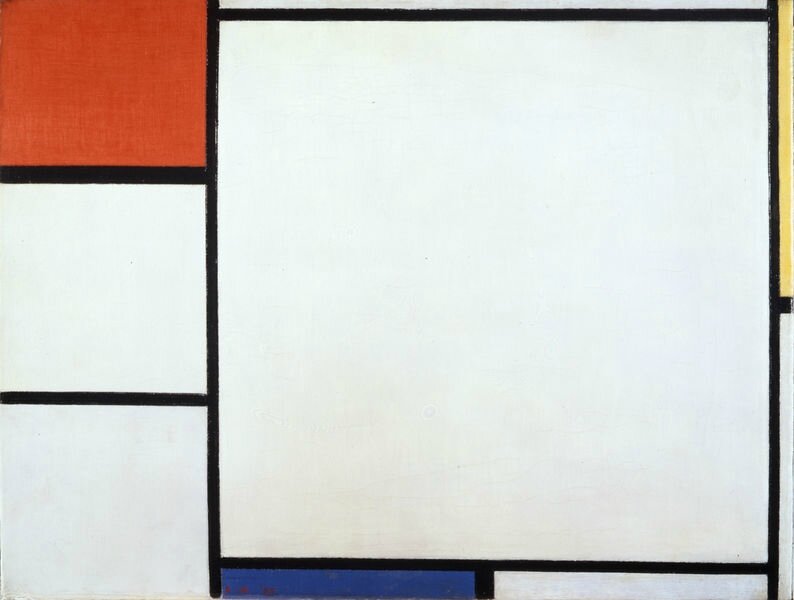 The exhibition recounts how Post-Impressionism, born in the wake of Impressionism, gathered together all of the many developments in figurative art in the closing years of the 19th century in Europe. As photography began to blossom, painting took a very different course and abandoned the idea of perfect realism as the ideal objective of art. Painting had to seek its own specific path.

Post-Impressionism was not an authentic style in the strict sense but gathered together artists forced at a certain point in their experience to address the problem of reproduction. As a result, their tools became a way of communicating something rather than representing it.

In the space of just a few decades, this approach led to authentic revolutions in the field of art with the birth of the early avant-garde movements.