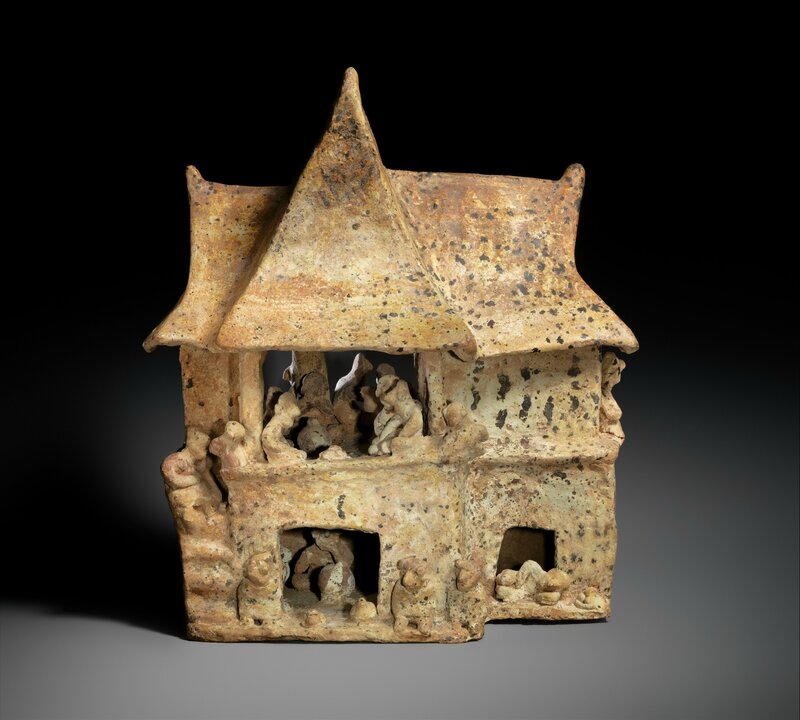 NEW YORK, NY.- From the first millennium B.C. until the arrival of Europeans in the 16th century, artists from the ancient Americas created small-scale architectural models to be placed in the tombs of important individuals. These works in stone, ceramic, wood, and metal range from highly abstracted, minimalist representations of temples and houses to elaborate architectural complexes populated with figures. These miniature structures were critical components in funerary practice and beliefs about an afterlife, and they convey a rich sense of ancient ritual and as well as the daily lives of the Aztecs, the Incas, and their predecessors. On view at The Metropolitan Museum of Art, the exhibition Design for Eternity: Architectural Models from the Ancient Americas—the first of its kind in the United States—sheds light on the role of these objects in mediating relationships between the living, the dead, and the divine. It also provides a rare look at ancient American architecture, much of which did not survive to the present day. Some 30 remarkable loans from museums in the United States and Peru join works from the permanent collection of the Metropolitan Museum, which is particularly rich in this material.

Arranged chronologically within a geographical framework, the exhibition features groupings of works from ancient Mesoamerican and Andean cultures. While scant written documentation concerning how the artifacts were used has survived, Maya hieroglyphs call them “god houses” or “sleeping places for the gods.” Indeed, many of the artifacts combine a building shape with that of a vessel, and some of these doubled as musical instruments.

The centerpiece of the exhibition is a spectacular wooden model that depicts part of a pre-Inca palace at Chan Chan, the capital of the Chimú Empire. (The Chimú people were defeated by the Inca in the 15th century.) Figurines that represent musicians, beer servers, and others are sewn to the cloth base; three larger figures, which are not secured to the model, represent mummies, one male and two female. The scene may be an early representation of funerary practices that later became common among the Inca, who did not bury their royal dead. This important work—on loan from Peru—was excavated 20 years ago and dates from 1440–1665. It has never been on view in the United States. 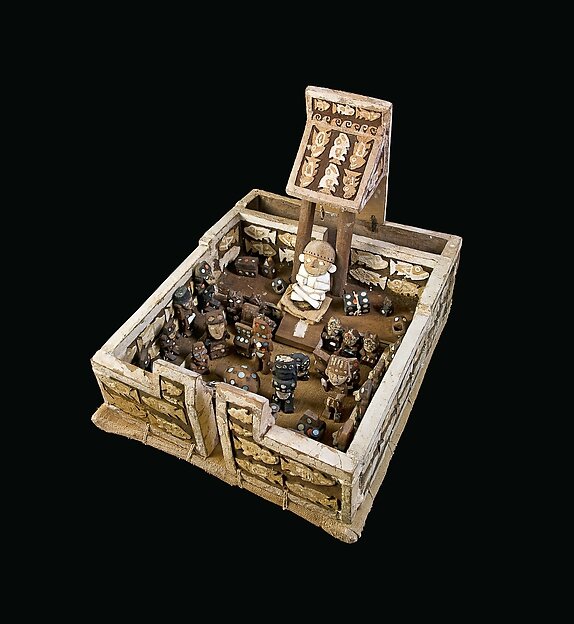 Also featured is an exceptional ceramic work—perhaps the finest example of a house model known from the Nayarit culture of West Mexico. Made between 100 B.C. and A.D. 200 and measuring 12 inches in height (30.5 cm), it includes twenty-six figures engaged in a grand feast.

Another astonishing work is an architectural effigy in the form of a bottle and made of silver. This work—one of the few pre-Columbian architectural models in metal—also represents part of a Chimú palace. A lord seated in a throne receives two visitors; the same scene is repeated on the other side of the bottle. Embossed architectural reliefs call to mind similar features at Chan Chan. 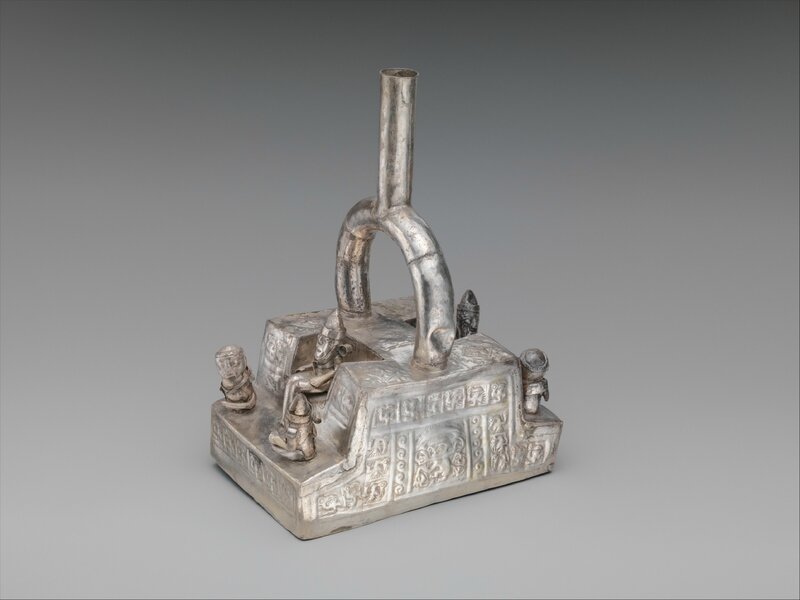 Also included, from West Mexico, is a ceramic model of a ball court with five players engaged in ritual play, with about 20 spectators looking on, and an Andean artifact—long believed to be an architectural model—that is now thought to be a game board. The exhibition is organized by Joanne Pillsbury, the Andrall E. Pearson Curator, Department of the Arts of Africa, Oceania, and the Americas. Exhibition design is by Daniel Kershaw, Exhibition Design Manager; graphics are by Chelsea Amato, Graphic Designer; lighting is by Clint Ross Coller and Richard Lichte, Lighting Design Managers, all of the Museum’s Design Department.