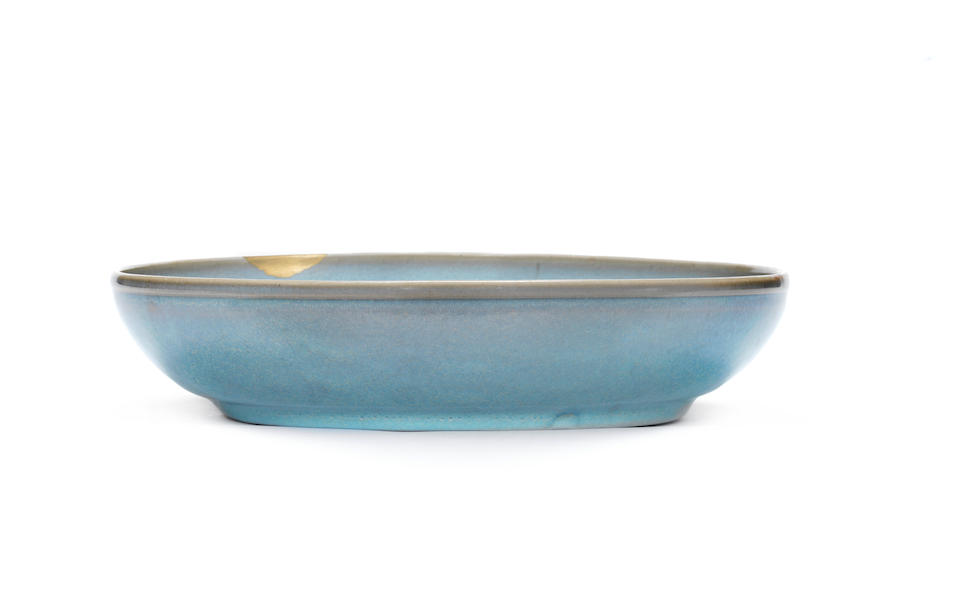 The shallow body rising from a tapered foot rounding upwards at the rim, covered inside and out with milky blue, opaque glaze thinning to a mushroom tone on the rim, ending at the foot which has fired to a reddish-brown, the similarly glazed base with five spur marks, fitted box. 27.5cm (10 6/8in) diam. (2).