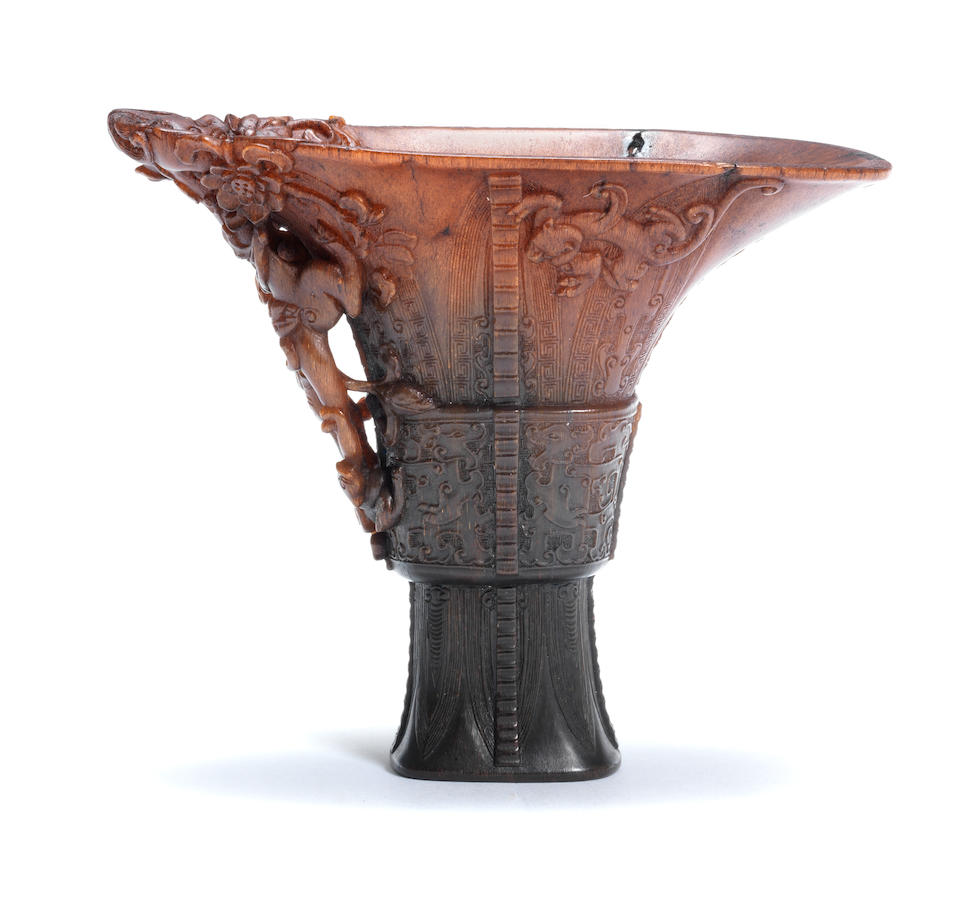 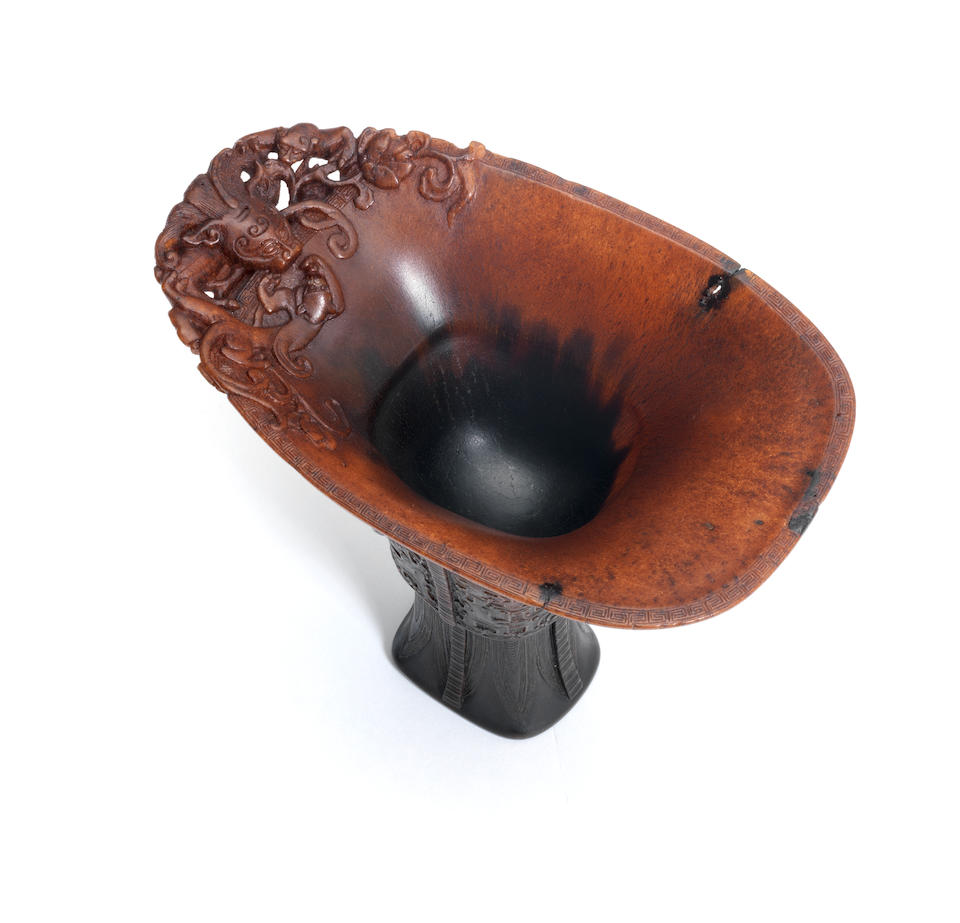 The cup skilfully carved in high relief as an archaistic bronze wine gu vessel with an adult chilong and three young forming the handle and sinuously clambering over the side onto the interior amidst blossoming lotus and leafy tendrils, the rectangular section accented by notched flanges and supported on a splayed base decorated with eight pendent plantain leaves enclosing stylised cicadas, the central register with four confronting dragons, the upper part with two further chilong and seven upright triangular blades filled with archaistic dragons and leiwen, the rim encircled by a narrow keyfret band.

Note: This magnificent cup is one of the finest examples of superb craftsmanship achieved in rhinoceros horn carving during the 18th century.