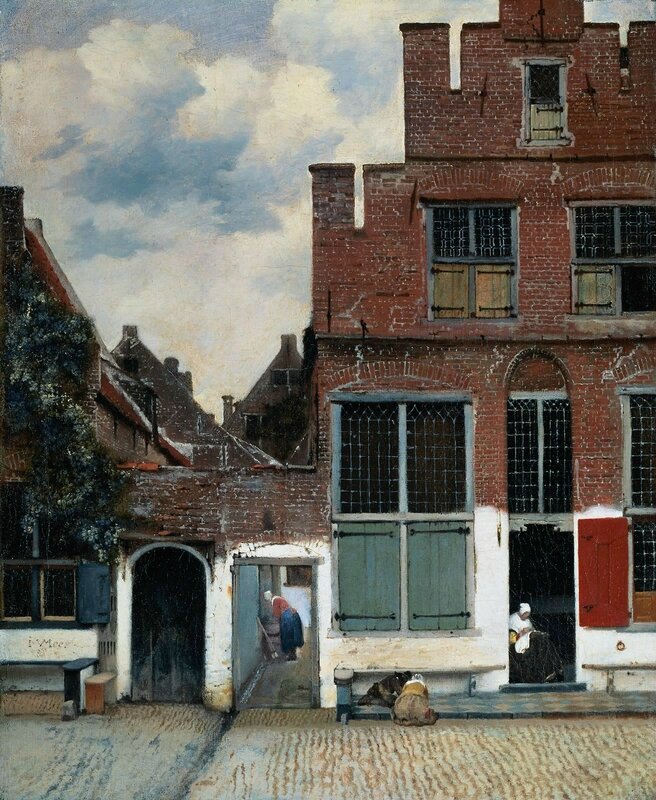 AMSTERDAM.- New research in the archives has made it possible to pinpoint the exact location of Johannes Vermeer’s world-famous The Little Street. Frans Grijzenhout, Professor of Art History at the University of Amsterdam, consulted seventeenth-century records that had never before been used for this purpose and clearly indicate the site of The Little Street in Delft. The discovery of the whereabouts of Vermeer’s The Little Street is the subject of an exhibition running from 19 November 2015 to 13 March 2016 in the Rijksmuseum. It will then transfer to Museum Prinsenhof Delft.

Pieter Roelofs, curator of seventeenth-century paintings at the Rijksmuseum, said: ‘The answer to the question as to the location of Vermeer’s The Little Street is of great significance, both for the way that we look at this one painting by Vermeer and for our image of Vermeer as an artist.’

The Address
His new research has enabled Professor Grijzenhout to identify the exact address: it is Vlamingstraat in Delft, at the point where the present-day numbers 40 and 42 stand. Various other addresses in Delft have been suggested over the years, but none was convincing. The new source Frans Grijzenhout consulted for this research, which led to the conclusive findings of his investigation, is De legger van het diepen der wateren binnen de stad Delft (the ledger of the dredging of the canals in the town of Delft) of 1667, also known as the Register op het kadegeld (quay dues register). It is a record of how much tax everyone in Delft who owned a house on a canal had to pay for dredging the canal and maintaining the quay outside their door. The register provides a detailed account, accurate to within around 15 centimetres, of the width of all the houses and of all the passageways between them that lined Delft’s canals in Vermeer’s day. He was able to establish that on the north side of Vlamingstraat, a quite narrow canal in what was then the poorer eastern quarter of Delft, there were two houses where numbers 40 and 42 now stand. Each house was approximately 6.3 metres wide, and between them were two immediately adjacent passageways, each around.1.2 metres wide. Further research into the position of the houses and the small gardens behind them confirmed that the situation on the spot corresponds exactly with the painting. There was no other place in Delft during that time where this constellation was found.

Professor Frans Grijzenhout consulted many different sources for his research which led to this spectacular discovery, among which records in the Delft Archives (especially the Quay Dues Register) and also Google Maps.

“The answer to the question as to the location of Vermeer’s 'The Little Street' is of great significance for the way that we look at this painting and for our image of Vermeer as an artist.” Pieter Roelofs, curator of seventeenth-century paintings at the Rijksmuseum

Tripe Gate
The houses now on the site were built in the last quarter of the nineteenth century. The only aspect that can still be recognized as it appears in The Little Street is the striking gate and passageway on the right. The investigation also revealed that the house on the right in The Little Street belonged to Vermeer’s widowed aunt, Ariaentgen Claes van der Minne, his father’s half-sister. She earned her living and provided for her five children by selling tripe, and the passageway beside the house was known as the Penspoort – Tripe Gate. We also know that Vermeer’s mother and sister lived on the same canal, diagonally opposite. It is therefore likely that Johannes Vermeer knew the house well and that there were personal memories associated with it.

Frans Grijzenhout is Professor of Art History at the University of Amsterdam. In 2006 he collaborated with historian Niek van Sas on The Burgher of Delft for the Rijksmuseum, in which he established that Jan Steen’s famous painting, dating from 1655, is a portrait of the corn chandler Adolf Croeser and his daughter Catharina. 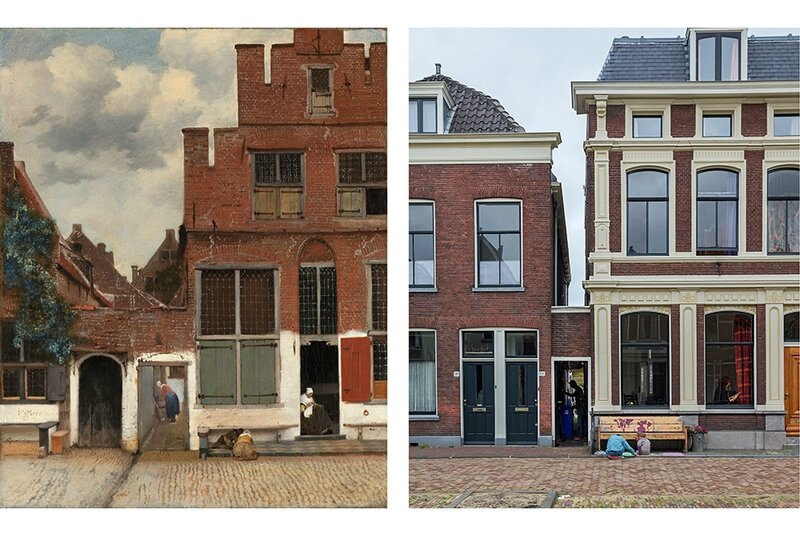 The Little Street now and then.