LONDON.- The largest ever exhibition about the famous diarist opened on 20 November 2015, with 200 objects from national and international museums, galleries and private collections.

Pepys, one of the most colourful and appealing characters of the 17th century, witnessed many of the great events that shaped Stuart Britain, bringing them brilliantly to life in his famous and candid diary. He lived through a time of turmoil which saw kings fighting for their crowns, and medieval London transformed into a world city following the devastation of the plague and the destruction of the Great Fire. He was a naval mastermind, a gossip and socialite, a lover of music, theatre, fine living and women. He fought for survival on the operating table and in the cut-throat world of public life and politics, successfully navigating his way to wealth and status until his luck, intimately entwined with the King’s fortunes, finally ran out. A True and Exact Prospect of the Famous Citty of London from SMarie Overs Steeple in Southwarke in its flourishing condition before the Fire, by Wenceslaus Hollar

Samuel Pepys: Plague, Fire, Revolution places this fascinating and multifaceted figure within a broader historical context, beginning at the moment a schoolboy Pepys played truant to witness the execution of King Charles I in 1649. It explores the turbulent times which followed, including the death of Oliver Cromwell in 1658 in a year of personal crisis for Pepys as he underwent a life-threatening operation to remove a bladder stone the size of a snooker ball without anaesthetic or antiseptic. He was fortunate to survive the ordeal; his recovery perhaps, in part, due to being the first on the operating table that day, reducing the risk of infection. The grisly and extremely painful procedure is graphically brought to life by 17th-century medical instruments (Royal College of Physicians). Pepys began his now-famous diary on 1 January 1660 and was on board the ship that carried Charles II out of exile at the restoration of the monarchy later that year. He met and conversed with the King and his brother, James, Duke of York (later James II), who promised Pepys ‘his future favour’. In the diary he records his disapproval of the debauchery at court during Charles II’s reign, including the King’s many mistresses. But Pepys himself was frequently unfaithful to his wife. The exhibition will display the famous Portrait of Charles II in Coronation Robes (Royal Collection), as well as objects connected to his mistresses including one of his love letters to Louise de Kéroualle which uses her nickname ‘Fubbs’, meaning chubby (Goodwood Collection). During his lifetime Pepys was best known for his important work in running the naval affairs of England, a career that propelled him towards wealth and power and the creation of a truly ‘professional’ navy. His work also took him to the English colony of Tangier, a place notorious for drunkenness and immorality, all of which he observed and noted in his writings.

The penultimate section of Samuel Pepys: Plague, Fire, Revolution looks at the dawn of the scientific revolution. Pepys was president of the Royal Society when Newton’s Principia Mathematica (Royal Society) was published, placing him at the centre of scientific debate. Publications like Robert Hooke’s Micrographia (British Library), which Pepys thought ‘the most ingenious book that ever I read in my life’, made unseen worlds of lice and fleas visible. While the matters discussed at the Society interested him, he confessed not always to understand what he heard. 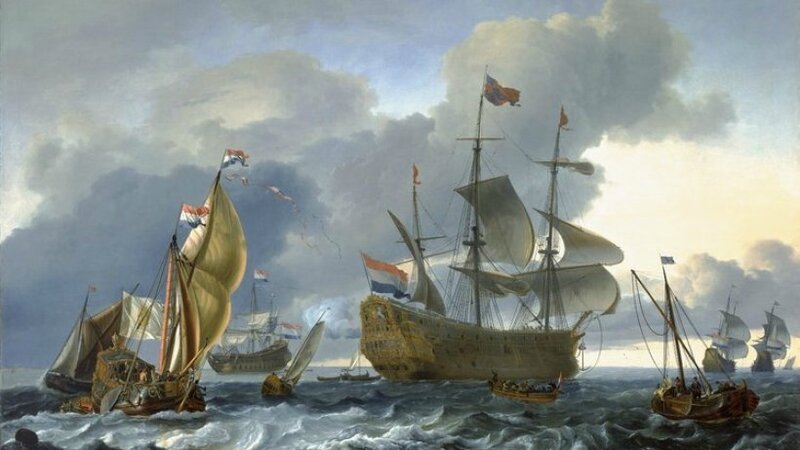 The exhibition ends with extraordinary events of the Glorious Revolution, which resulted in the overthrow of Pepys’s great patron, James II. It shows how intimately Pepys’s own career was intertwined with larger national events outside his control. With the accession of William and Mary in 1689, Pepys stepped down from office and began an active retirement, indulging his many passions.

Using the voice and personality of the famous diarist, Samuel Pepys: Plague, Fire, Revolution explores and interprets a remarkable time of great accomplishment, upheavals and excess. It was a formative era in British history that saw the repositioning of the monarchy and the development of Britain’s place as a maritime, economic and political force on the world stage. Love Letter from Charles II to Louise de Keroualle, 1675 © The Trustees of the Goodwood Collection

Francis Standford, The History of the Coronation of James II and of Queen Mary, 1687 © The British Library Board First transcriptions of Samuel Pepys's diary, John Smith, 1825. © By permission of the Master and Fellows of Magdalene College, Cambridge.