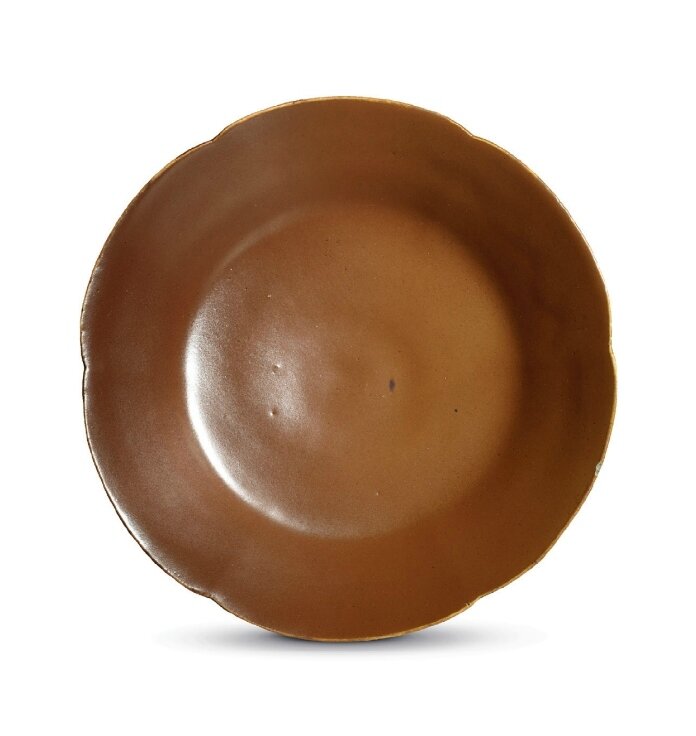 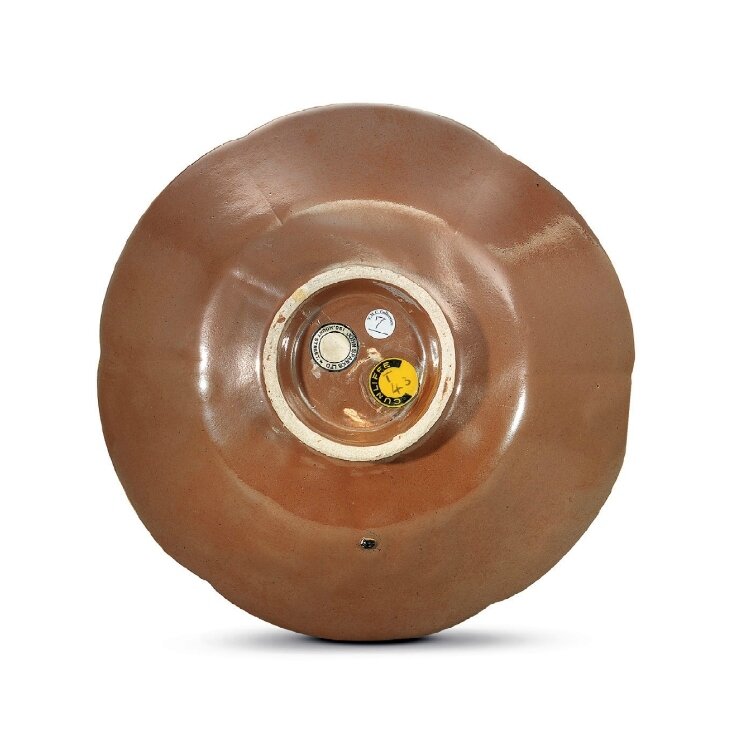 The dish is thinly potted with the flat base rising to flared sides and a petal-shaped rim, supported on a short ring foot. It is covered in a lustrous rust-brown glaze which thins at the rim, with the exception of the biscuit foot ring. 7 1/4 in. (18.4 cm.) diam., Japanese wood box