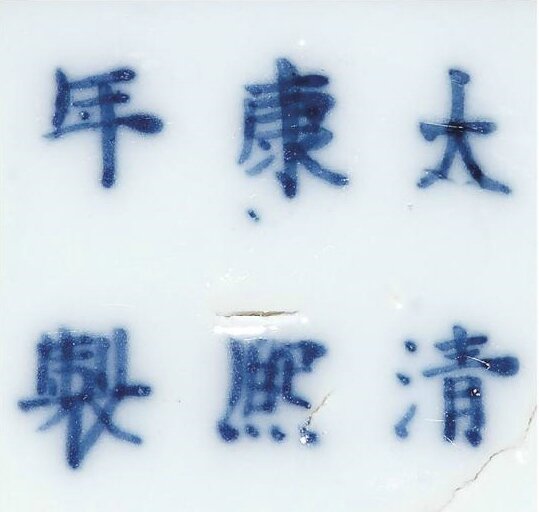 The censer is elegantly potted with a broad pear-shaped body flanked by a pair of moulded stylised dragon handles, and covered overall under an even soft sky-blue glaze shading to a slightly darker tone around the foot rim. The base is covered with a transparent glaze. 4 3/8 in. (11.3 cm.) wide, stand, box

Notes: The present censer is closely related to a group of vessels made for the scholar's desk during the Kangxi period. Examples from this group include washers, water pots, seal paste boxes and vases. See for example, a set of eight differently-shaped peach bloom glazed vessels in the Metropolitan Museum of Art, illustrated by So Valenstine, A Handbook of Chinese Ceramics, New York, 1989, p. 238.

Censers such as the present example are extremely rare amongst this group, and appear to have been made only inclair-de-lune or white glazes. Compare to a nearly identical clair-de-lune glazed censer sold at Christie's New York, 17 September 2008, lot 248 (fig. 1), and a white-glazed example in the Shanghai Museum, illustrated in Kangxi Porcelain Wares from the Shanghai Museum Collection, Hong Kong, 1998, no. 231. 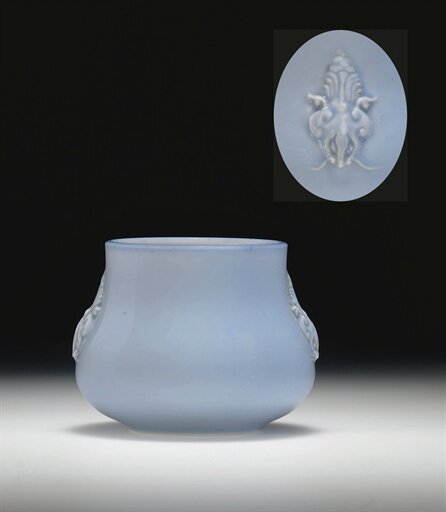