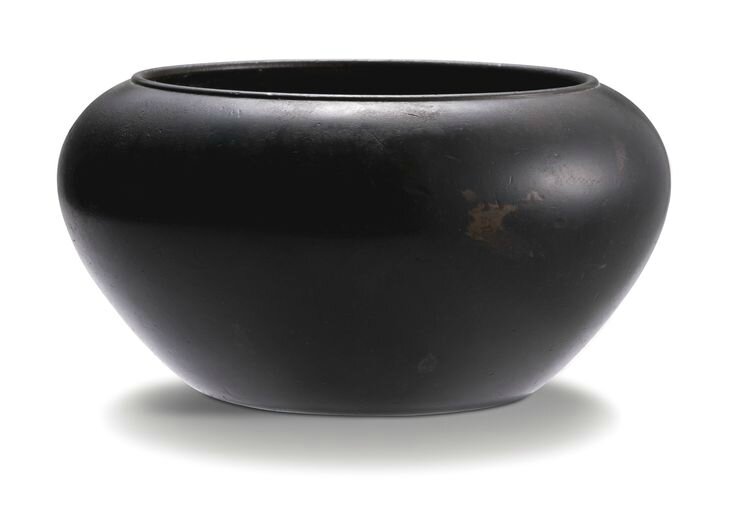 heavily cast of compressed globular form, elegantly formed with broad rounded shoulders below a small lipped rim, the flat base centred with a six-character mark reading Xuehai Tangzhuren zhi ('Made for the Master of the Xuehai Hall') within a recessed panel, the bronze richly patinated to a deep brown colour - 14.2 cm., 5 5/8  in.

Notes: This elegantly cast vessel is notable for its form, after a Buddhist alms bowls. Among later bronzes, alms bowls were converted into incense burners for the scholar's studio, although more commonly found with two ring handles on the body. This is a more elegant version of the type, intricately cast with an apocryphal six-character Xuande reign mark.