Jewellery from celebrated designers including Cartier and Van Cleef & Arpels, along with a pair of exceptional Kashmir sapphires belonging to a European Princess, went under the hammer today (Saturday 5th December).

Bidders in the saleroom, online and on the telephones, competed for the two top lots, both of which exceeded their high estimates. Jean Ghika, Director of Jewellery for UK and Europe at Bonhams, said: “These lots attracted interest from around the globe because of their exceptional quality and rarity. The prices achieved reflect the buoyancy of the market for coloured gem stones of the highest quality.”

The reign of the ruby
Rubies from Burma and Madagascar (with no heat) also caught the eye of bidders in the December sale.

Jean Ghika comments: “This ruby possessed all the hallmarks of a top-quality Burmese gem and was admired for its glowing vibrant red colour. Unheated Burmese rubies of this calibre are increasingly rare to find, hence the participation from international bidders from all four corners of the globe.” 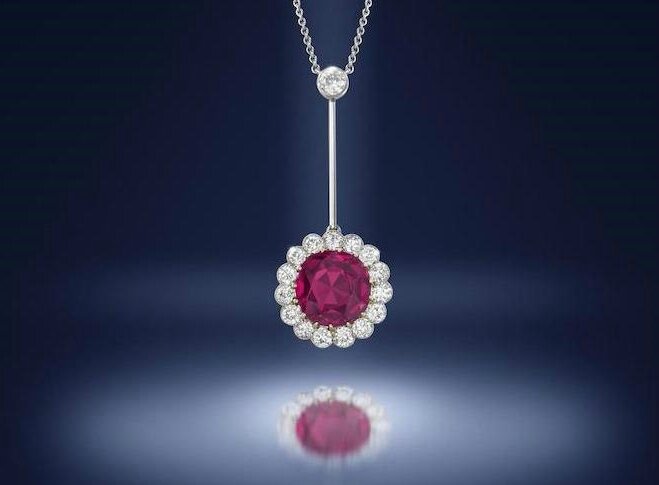 With the continued appreciation and demand for natural pearls, regarded as the most elegant and classic lots, competition to secure a pair of bouton-shaped natural pearl earrings was fierce. Measuring approximately 14.63mm and 14.41mm, the pearls are beautifully matched in terms of colour, lustre and shape, and went under the hammer for £158,500, against a pre-sale low estimate of £100,000. Signed jewellery captivated the interest of collectors
Signed jewellery from Cartier was very much in demand during the three-hour sale. An innovative art deco diamond flexible bar brooch, circa 1934, which can be worn on a cuff, as a hairpiece, on the shoulder, on a collar or worn straight, sold for £84,100. This piece, a rare survivor from a limited period of pre-war production, was highly admired throughout pre-sale viewings in New York, Hong Kong and London.

Another highlights an intersting lots includes: 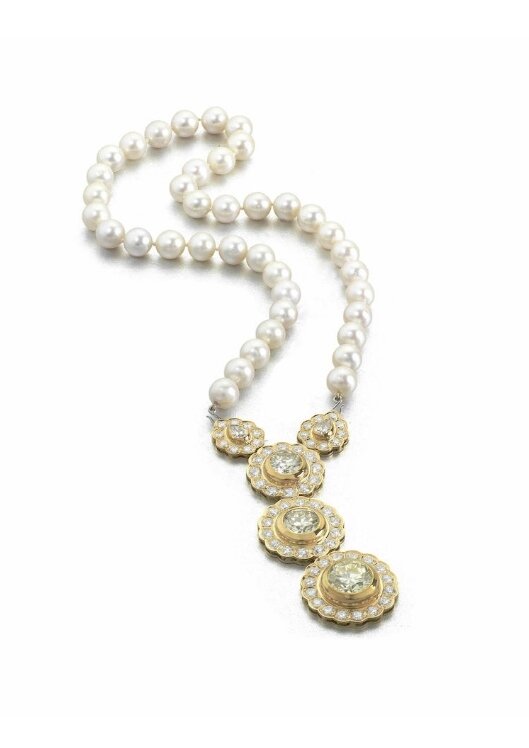 Jean Ghika, Director of Jewellery for UK and Europe for Bonhams, said: “The market is led by coloured stones and coloured diamonds of the finest quality. Our selected lots performed extremely well and we achieved some outstanding results. We anticipate 2016 to be very much the year of colour. It is exciting to see such wonderful pieces being appreciated by a discerning international clientele.”

“Our last two sales in Hong Kong and London have demonstrated that the market is strong for coloured gemstones, signed jewellery and pearls. Next stop is our New York Fine Jewellery sale on Tuesday (December 8th), our last international auction of 2015, where we expect to achieve equally strong prices.”