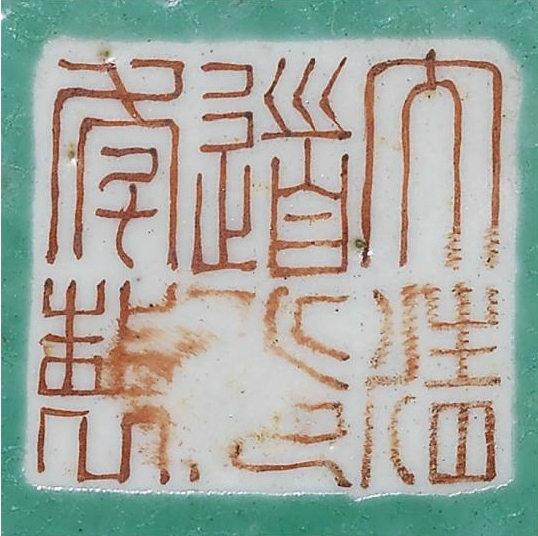 The vase is heavily potted with a baluster body rising from a splayed foot to a long neck flaring widely to the rim, flanked on either side of the shoulders with an archaistic phoenix handle enamelled in red. The body is delicately enamelled with a continuous scene to depict three rams resting and gambolling in a garden setting, amongst pine trees, budding flowers and rockwork, all set between a border of ruyi-heads against a lime-green ground detailed with composite floral sprays. The neck is decorated on each side with an elaborate flower head surrounded by scrolling leafy tendrils, all reserved against a lime-green ground. 27 1/2 in. (69 cm.) high, wood stand

Provenance: A Japanese private collection, acquired in the first half of the 20th century