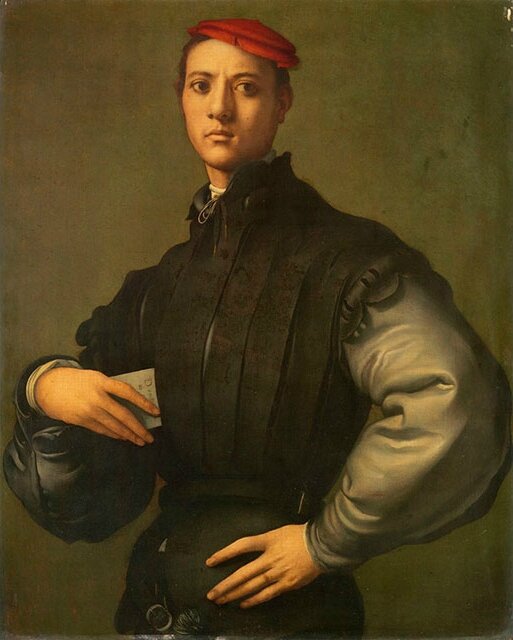 Pontormo, "Portrait of a Young Man in a Red Cap", 1530s, was believed by academics to have been lost but was rediscovered in a private collection in 2008 in the UK.

LONDON.- A classic portrait believed lost for more than 200 years is at risk of being exported from the UK unless a buyer can be found to match the asking price of £30,618,987.

Culture Minister Ed Vaizey has placed a temporary export bar on Portrait of a Young Man in a Red Cap by Pontormo to provide an opportunity to save it for the nation.

It is one of only 15 portraits by the old master to survive - the majority of which reside in Italy. Academics believed the painting was lost forever when it disappeared in the 18th century, only to be rediscovered in a private art collection in 2008. The portrait was then re-attributed as a genuine Pontormo and published by Christie’s old master specialist Francis Russell.

Culture Minister Ed Vaizey said: This masterpiece was once lost to the world for more than 200 years and I want to help make sure the UK doesn’t let it go now. Pontormo was one the greatest artists of his time and this portrait is one of a few left in existence. I hope that a buyer comes forward to save this striking painting for the UK public to enjoy.

Portrait of a Young Man in a Red Cap depicts the young aristocrat Carlo Neroni in 1530, during the time of the siege of Florence by Imperial troops. The painting by Pontormo, whose real name was Jacopo Carrucci, reflects a stylistic change in Florentine painting during the 1530s by showing the man from a low viewpoint and in a twisted pose.

The decision to defer an export licence follows a recommendation by the Reviewing Committee on the Export of Works of Art and Objects of Cultural Interest (RCEWA), administered by Arts Council England.

The RCEWA made their recommendation on the grounds that the painting was of outstanding aesthetic importance.

RCEWA member Sir Hayden Phillips said: As the lay Chairman of a Committee of experts all I would say is that this picture is stunning. It bowled me over by its striking beauty. Let’s try to keep it so more people like me in the UK can be bowled over too.

The decision on the export licence application will be deferred until the 22 April 2016. This may be extended until 22 October 2016 if a serious intention to raise funds to purchase the painting is made at the recommended price of £30,618,987.