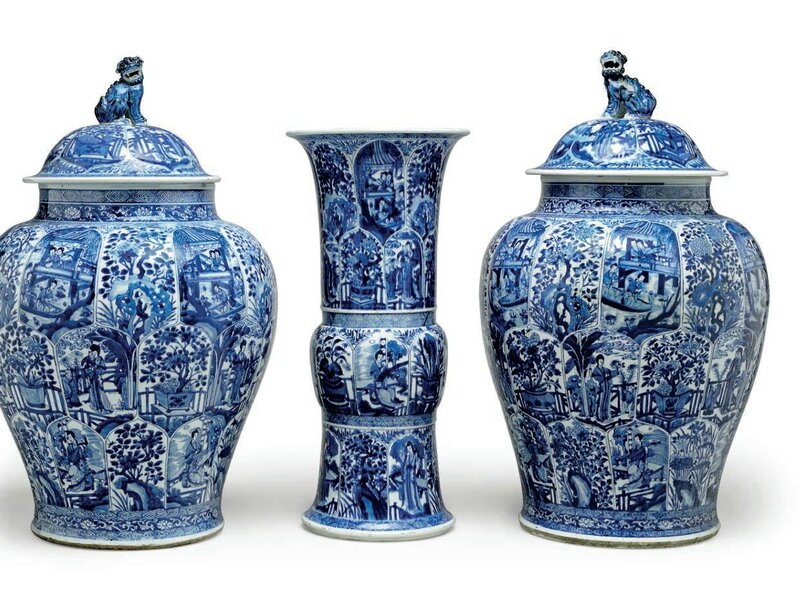 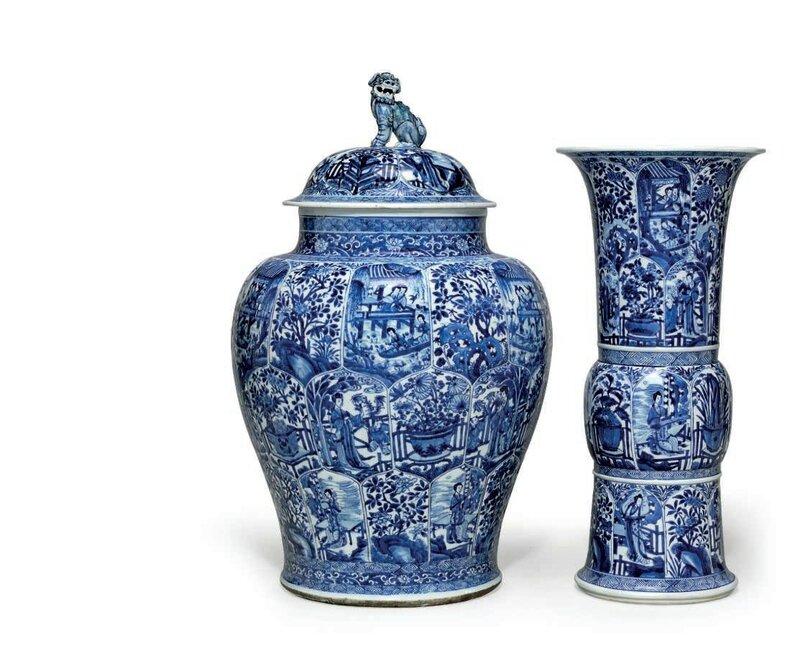 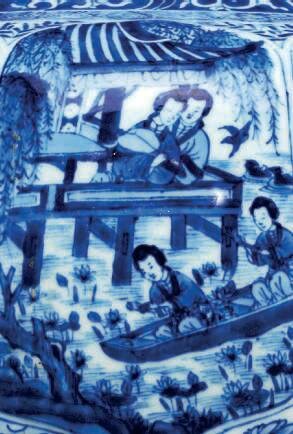 Each piece lightly molded with rows of lotus petal-shaped panels decorated in an inky cobalt blue with court figures in landscape alternating with various flowering and potted plants, all between lotus scroll or cross-hatch borders, comprising a pair of beaker vases and three baluster jars and covers with large knops in the form of seated Buddhist lions - 25 in. (60.5 cm.) high (each baluster jar and cover), 20 in (51 cm.) high (each beaker vase).

Provenance: With Bernheimer, Munich (according to paper label).

Notes: The five-piece garniture, most often in this configuration of two beaker and three covered baluster vases, had become a classic in Chinese export porcelain by the late 17th century. Referring to the Vung Tao sale held Christie's Amsterdam, 7-8 April 1992, D.S. Howard writes that "It is clear from examination of this 1695 cargo that the most important part was vases and garnitures" (Choice of the Private Trader, p. 236). Although quickly adopted for fashionable European house decoration and popular throughout the China trade period, the five-piece garniture actually derives straight from a very Chinese prototype. Every prosperous household or palace in China would have had an altar table or cabinet graced by a five-piece garniture in porcelain or cloisonné or bronze. These garnitures usually consisted of a central censer and cover, a pair of pricket candlesticks and a pair of gu-form vases. Sometimes garnitures of "altar ornaments" were used, showing ribbon-tied precious symbols supported on stepped standards. All seem to have been in a medium scale of 14 to 18 inches, not the massive size of the present example. A set of this grand scale was obviously intended for a very important house, where it may have stood on the floor of the hall or in front of the fireplace in summer as easily as on top of a sideboard or monumental bookcase.