With its majestic landscapes, bountiful nature, whimsical colors, and vibrant glamour, the spirit of California has long been a source of inspiration and enchantment for Van Cleef & Arpels.

Continuing this lasting love affair with The Golden State, the Maison is honoring its 45th Anniversary in Beverly Hills with an exceptional presentation of High Jewelry creations from November 13th, 2015 to March 2nd, 2016.

The flora and fauna of Mother Nature remains an ever present theme for the Maison’s oeuvre. From the Roses bracelet and brooch that won Van Cleef & Arpels the Grand Prize at the “Exposition Internationale des Arts Décoratifs et Industriels Modernes” in 1925 to the highly collectible ‘La Boutique’ animal clips, the Maison masterfully captures the inimitable beauty of nature in its jewelry. Demonstrating this essential theme of endless inspiration are jewels designed as blooming flowers, fluttering butterflies, and ethereal birds in flight – to name just a few. A major highlight from this is the Reine-Margeuerites suite, circa 1990-1993, formerly in the collection of Dame Elizabeth Taylor. 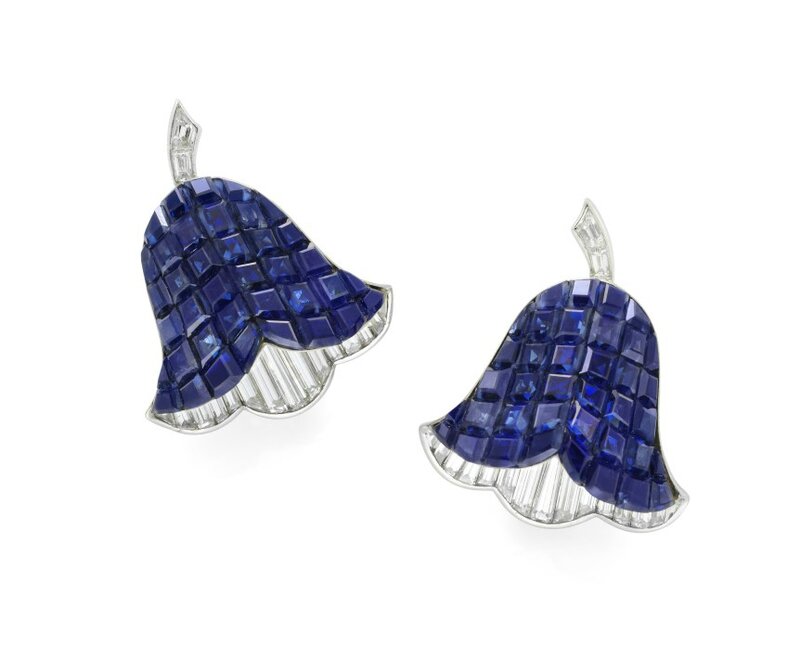 Paris is synonymous with couture, so it is only natural that the world of high fashion influence the realm of high jewelry. Both are dedicated to the utmost skill in their respective crafts, though the two have often overlapped. During the Art Deco period, Van Cleef & Arpels began fashioning evening purses with sparkling gems and precious metals, which would later become the innovative Miaudière. Every detail of Haute Couture presented a fresh idea for the Maison’s designers, from intricate laces that would be transformed into exquisitely delicate gold lacework jewels to the endless bows and tassels in the Maison’s designs. Founded in 1906, Van Cleef & Arpels quickly advanced to the forefront of design during the Art Deco period. The arts and cultures of the wider world became more accessible, and the flood of influence poured into Paris from every corner of the unknown. Most widespread, however, were the exotic aesthetics of India, Egypt and the Orient. These never-before-seen shapes, colors and motifs ignited the imaginations at Van Cleef & Arpels, which responded with a stream of unprecedented jewels of singular design. Carved Indian gems, Egyptian symbols and Oriental stylizations were readily incorporated into the Art Deco designs of the Maison. 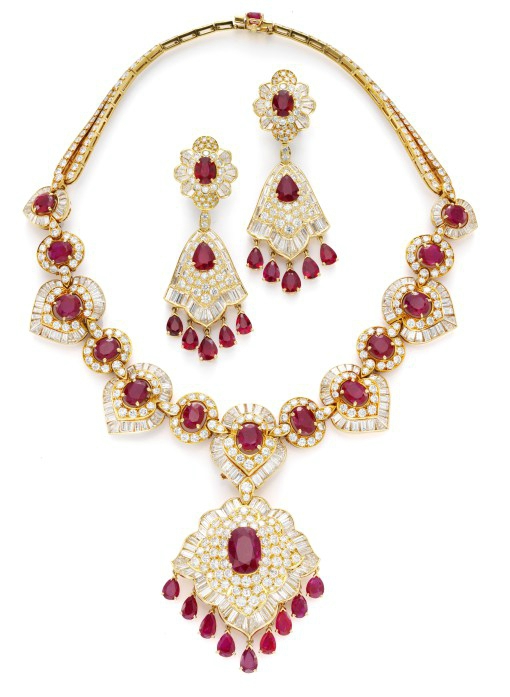 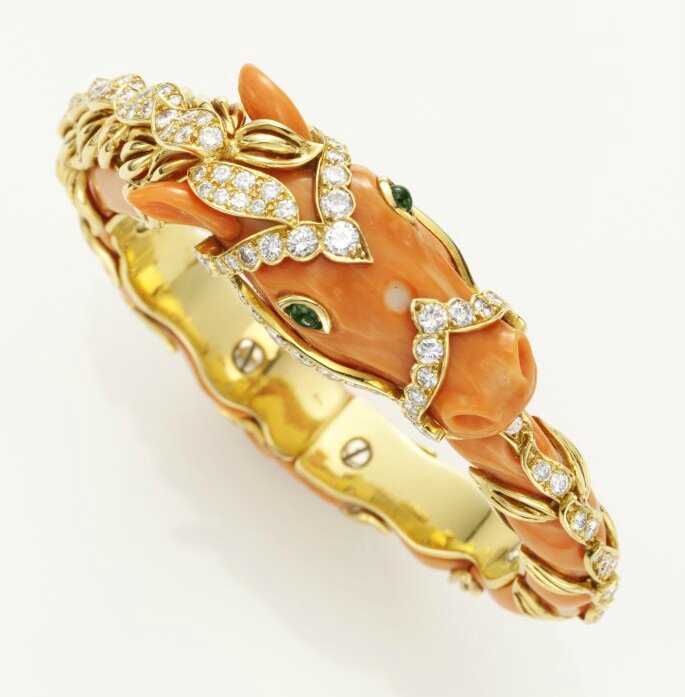 The ethereal ballerinas of Van Cleef & Arpels originated from Louis Arpels’ passion for classical ballet and opera. These beloved figurative clips began with the artistic collaboration of Maurice Duvalet, a French-born designer who moved to America at the end of World War I, and John Rubel, the House’s manufacturer who had just emigrated from Paris. With the first examples created in the 1940s, the glittering ballerina clips depicted the feminine figure in various graceful forms and positions of classical ballet with faces represented by a rose-cut diamond. Today, the ballerina continues to take center stage in Van Cleef & Arpels contemporary repertoire of designs, including the Daphnis ballerina clip, circa 2008, featured in the exhibition.