VIENNA.- For Dorotheum, the largest auction house in German-speaking Europe, the year 2015 proved to be a particularly successful one. The results brought in by two of its contemporary art auctions far exceeded expectations and set new records in Dorotheum history. The auctions were also distinguished by the high sales rate and international character of their selection. A run of top results further underlines the current strong presence and leading role of Dorotheum auction house. Two small-format works by Gerhard Richter made a big splash: “Green-Blue-Red” sold for €369,000, the 2010 pictorial plate “Ifrit” for €143,300. Richter’s “Abstract” saw bidding rise to €491,000 while “Landscape with pioneer camp 1973,” an allusive work by Ilya Kabakov, found a new owner for the same price. Heinz Mack’s polychrome Plexiglas relief went to a German buyer for €295,800. An untitled box with nails and cut-outs by the ZERO-artist Günther Uecker likewise found a new owner for €295,800. In the graphic art category, Dorotheum achieved another top position with a work by Cy Twombly, sold for €198,200.

Austrian art saw some works gain significant appreciation: Max Weiler’s „World of Growth” set a new world record at €393,400. Maria Lassnig’s “Self portrait as a car” and “Two figures” were knocked down for €344,600 and €341,202, respectively. Dorotheum currently still holds the world record for a work by this artist with the €491,000 paid for one of her painting last year. Pedal to the Metal
Vintage cars and automobilia were in a class of their own this year: The category featured its most successful auction to date, a sales rate of 95%, and the highest winning bid of the year with the €1,012,000 paid for a Shelby Cobra Mk I. made in 1963, an icon of automobile history. For a Ferrari 250 GT Pininfarina Coupé made in 1960 the auction bell did not ring before bidding reached €572,000, while a bright blue Lancia Stratos HF of 1974 likewise raised a few eyebrows with an excellent final price of €379,500. Timeless Images
Frans Pourbus II.’s “Portrait of Prince Philipp Wilhelm of Orange, wearing the breastplate of the Order of the Golden Fleece” sold for €575,516 – more than ten times the expected price – at the April auction of old master paintings. Pieter Brueghel II.’s tondo entitled “A Couple Fishing” saw bidding rise to €552,000, Jan Brueghel’s “Rest by the Windmill” to €523,446. “Our Lady of the Carnations” by Giovan Battista Salvi, known as Il Sassoferrato, was also able to more than double its estimated price (€417,800). 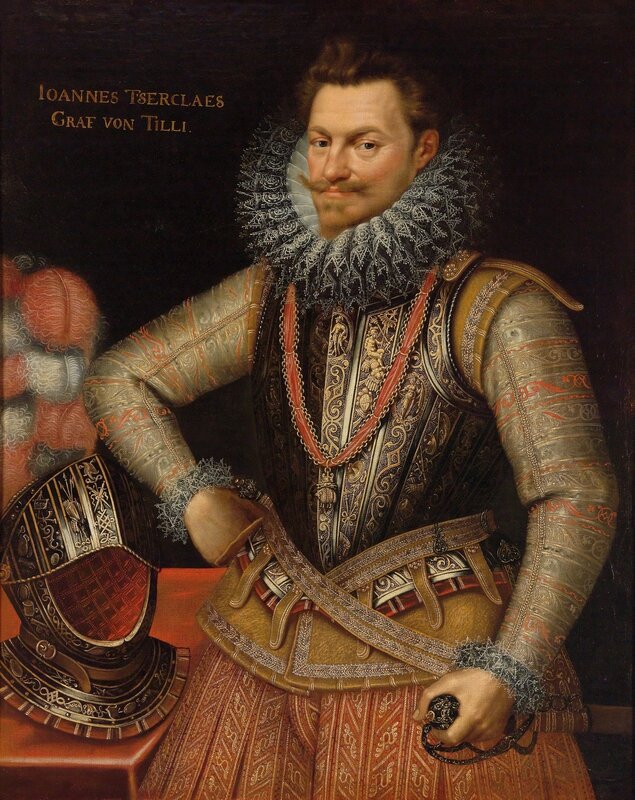 Pride of place at in the “19th century paintings” category went to the Polish historical and portrait painter Jan Matejko and his 1872 portrait of Carol Gilewski, professor of anatomy at Cracow – with a final bid of €344,600, more than three times the estimated price. €149,400 signify an important international record for a painting by Gabriel Ritter von Max, “The Scholars,” portrayed in the guise of two monkeys. Friedrich Gauermann’s dramatic “Robbery” of a stage coach sold for €173,800, while Ivan Konstantinowich Aivazovsky’s marine piece was sold for more than twice the estimate, at €106,250. Modern art saw the successful sale of Alfons Walde’s painting “Alpine meadows in the snow” for €393,400 and Fernando Botero’s oil painting “A Thief” for €283,600. The “Bather” by Frantisek Kupka reached an excellent €295,800. Among a selection of works by Futurist artists, Gino Severini’s “Sortie Nord – Sud” found particular favour with art lovers. A collector paid €369,000 for his highly dynamic painting. “Bateau Ivre” by Wols saw bidding rise to €131,100. Rare Jewels and Watches
Jewellery and watch auctions brought in a particularly strong performance this year and the June auction turned out to be the most successful of its kind in Dorotheum history. Top results distinguished a rare Kashmir sapphire ring (€515,400) a ring set with an untreated 14.57 ct. Burma sapphire (€222,600) and a “Fancy Yellow Natural Colour” solitaire brilliant ring (16.98 ct), which found a new owner for €320,200. 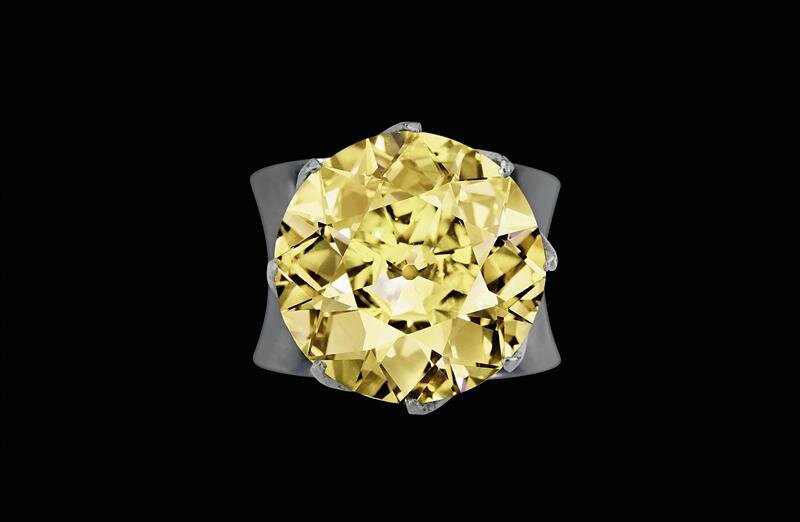 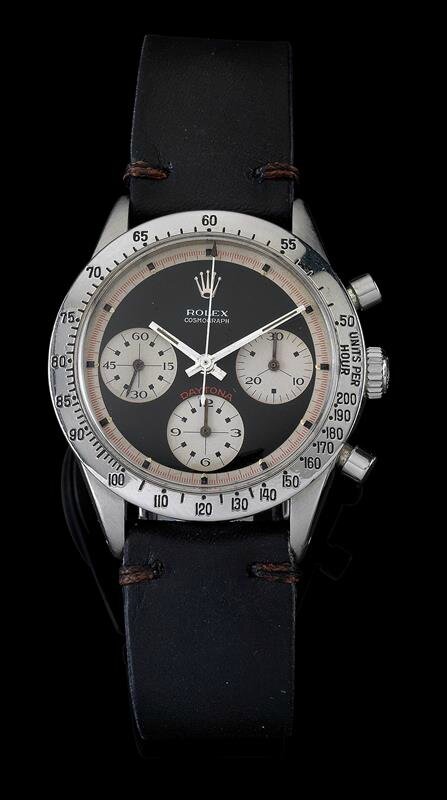 Record Prices
A silver cutlery set designed in 1922/25 by Hoffmann and Julius Zimpel was sold for more than triple the estimate at the art nouveau auction in May: the 168-part set was worth €344,600 to its proud new owner. A “Cupboard on Table” mod. no. BL 0810, designed by Otto Prutscher, likewise found a new owner for €244,414 – more than six times the estimated price – at the May design auction. 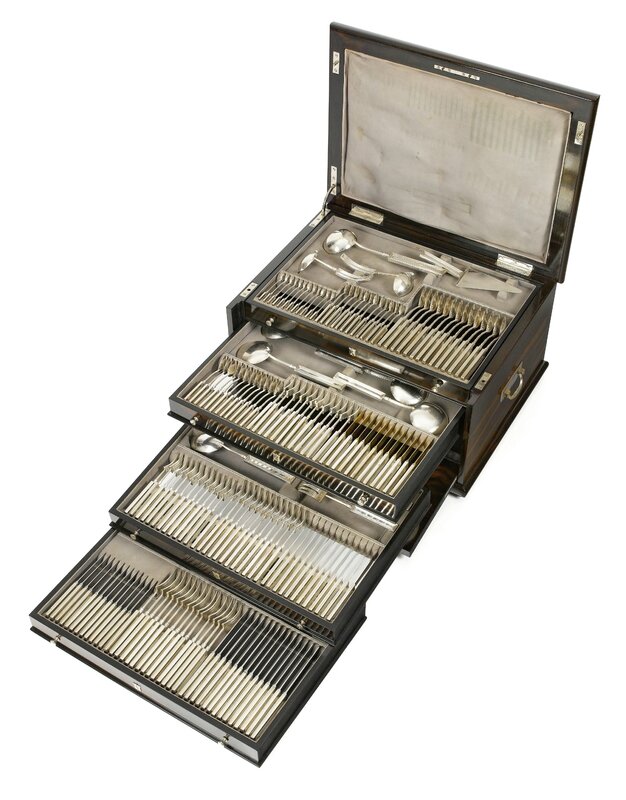 The most expensive written document ever sold at Dorotheum is a “Rituals,” an autograph dating to the 11th century. At the June autograph auction bidding for this codex of great scientific and historical liturgical significance climbed to the sensational sum of €356,800. The stamp category also brought new record prices: The only known “Drittelungsfrankatur” of a 9-kreutzer stamp, Austria 1850, on a folding letter cover, became the single most expensive object sold at a Dorotheum stamp auction with €145,000.

In addition, May of this year saw the successful sale of a single owner collection: at the auction “Bicycles from the Embacher Collection,” bicycle enthusiasts from all over the world competed for vintage bicycle models from the nineteen-twenties to the present. Bicycles from the Embacher Collection.

“A strong year for our auction house,” stated Dorotheum managing director, Martin Böhm, “as demonstrated by the high sales rates, excellent appreciation, and numerous ‘best-of’ results. Contemporary art continues to be a main focus of our interest.”