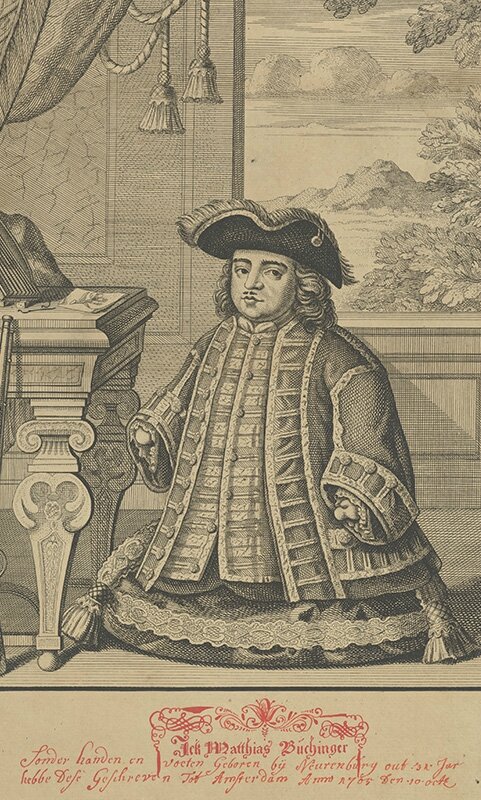 NEW YORK, NY.- Approximately 15 drawings by the 18th-century German artist Matthias Buchinger (1674–1739), who was born without hands or feet, will be presented in Wordplay: Matthias Buchinger’s Drawings from the Collection of Ricky Jay, opening at the Metropolitan Museum on January 8, 2016. Despite his physical limitations, Buchinger was celebrated in his own time as a draftsman and calligrapher as well as a magician and musician, and poetic broadsides were written in Europe and Britain about his many talents and achievements. Known as “the Little Man of Nuremberg” because he was only 29 inches tall, Buchinger lived a nomadic existence and boasted a clientele that included noblemen, kings, and emperors, along with members of the public who visited him at inns and fairs, from Leipzig to Paris and London to Belfast. A remarkable Buchinger drawing of a trompe-l’oeil calendar from the Metropolitan Museum’s collection will be displayed alongside drawings, prints, and related ephemera from the collection of Ricky Jay, the celebrated illusionist, actor, and author. Framing Buchinger’s stupendous works, which were composed largely through calligraphy and micrography (a traditionally Jewish art form dating to the 9th century in which minute lines of text are used to shape patterns or forms), will be works from the Metropolitan Museum’s collection that place Buchinger in the context of works on paper from the late Middle Ages to the present day. These additional works will include decorated alphabets from Renaissance to contemporary prints, 17th-century instruction books for writing and calligraphy, medieval manuscripts, and works by modern and contemporary artists for whom language is a fertile field for exploration. 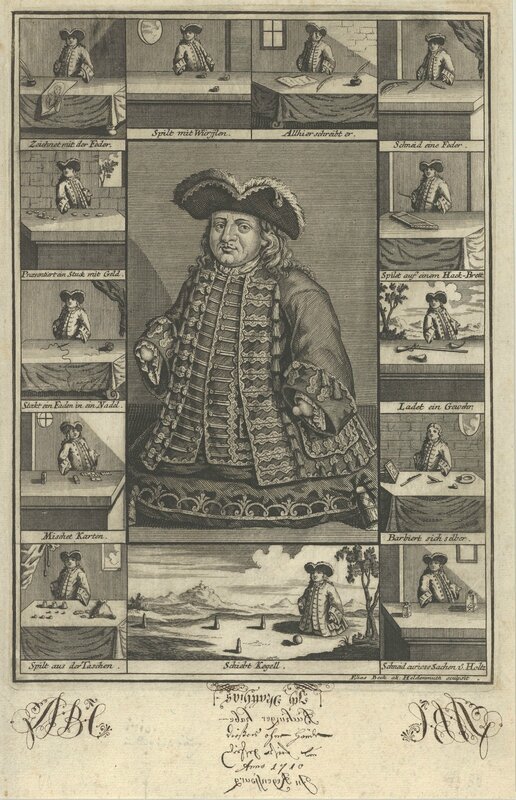 Wordplay is part of the centennial celebration in 2016 of The Metropolitan Museum of Art’s Department of Prints. The department’s astounding collection of prints now numbers over a million works that represent the full scope of printmaking in Europe and the Americas from approximately 1400 to 2015, ranging from the earliest known European woodcuts of the 15th century to Rembrandt and Goya’s experimental etchings, Pablo Picasso’s linocuts, Mexican broadsides, and Kara Walker’s offset lithographs. Brilliantly mixing the exceptional with the everyday, the Museum’s collection is the most comprehensive in the United States and rivals the eminent and much older collections at the British Museum, London, the Bibliothèque Nationale de France, Paris, and the Albertina in Vienna. Wordplay: Matthias Buchinger’s Drawings from the Collection of Ricky Jay is organized by Freyda Spira, Associate Curator, with Femke Speelberg and Jennifer Farrell, also Associate Curators, of the Metropolitan Museum’s Department of Drawings and Prints.

Matthias Buchinger: “The Greatest German Living” written by Ricky Jay will be published by Siglio in early 2016 and will be sold in the Museum’s book shop.