STALDEN.- Dr Jörn Günther Rare Books returns to The European Fine Art Fair (11 - 20 March 2016) for its twentieth consecutive year with an impressive collection of museumquality Medieval and Renaissance illuminated manuscripts, miniatures and early printed books. The gallery will occupy a new, larger stand (109) and its display will be increasingly modern using elegant glazing to frame the objects.

The highlights include a selection of important illuminated manuscripts including an exquisite Book of Hours, presumed to have been a gift from Charles V, Holy Roman Emperor, to his governor Guillaume II de Croÿ. It contains 21 large miniatures executed in fine detail by Gerard Horenbout (d. 1528), one of the most famous Flemish miniaturists of his time. Scenes depicting the Virgin Mary are particularly fine, showing her in a contemporary setting for the Annunciation, and against a magnificent golden background as Queen of Heaven. 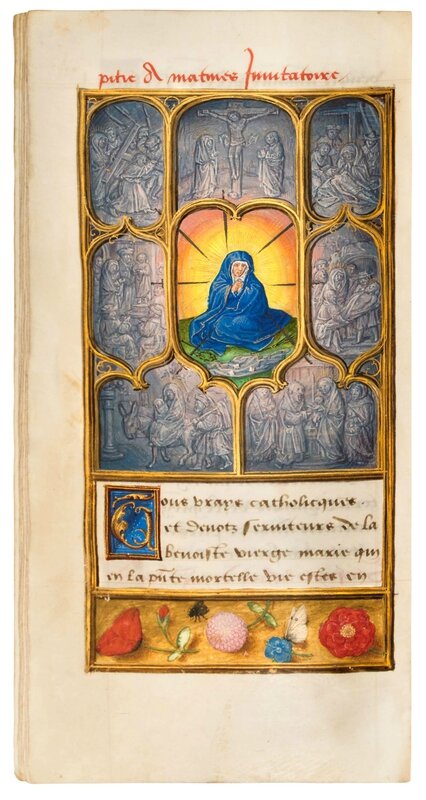 Another key work is an illuminated manuscript on vellum, once housed in the library of Raphael de Marcatellis (1437-1508). His father was Philip the Good, Duke of Burgundy, a great patron of the arts, and in turn Raphael amassed a collection of fine books. Dr Jörn Günther Rare Books will display the only work from his library written in French. In one section it contains the Tresorier de Philosophie Naturelle des Pierres Precieuses by Jean d’Outremeuse, a text on the popular medieval subject of gemstones. It gives a fascinating insight into the manufacture, cutting and polishing of ancient glass or gems, and into the work of natural philosophers and alchemists. A significant printed work on the stand will be a ‘princely’ binding made for Duke Julius at Wolfenbüttel by Lukas Weischner, counted among the most important Renaissance bookbinders in Germany. The unique and highly prized exterior features abundant gilt-tooled decoration, a plate stamp with a portrait of Martin Luther and highlights in enamel paints. The text was compiled by the important secondgeneration Lutheran theologian Martin Chemnitz, and is a tribute to the great reformer Luther. It contains 51 woodcut illustrations in contemporary colouring highlighted with gold. In addition, the stand will feature a fifth edition copy of the first secular drama to be printed. Written by Jacques Millet, it tells the epic tale of the fall of Troy including scenes such as Greek soldiers emerging out of the Trojan horse. The 32 woodcuts are are counted among the finest ever produced in that medium, and among the earliest made in France. All 15th- and 16th-century editions of this work are extremely rare, and this book is one of only two copies to contain the complete set of these woodcuts.

Dr Günther comments: ‘‘We are delighted to be returning to TEFAF Maastricht, which is a highlight in the international calendar of art fairs. After a successful 2015, this presents an exciting beginning to our schedule of fairs and events for the year. We look forward to showcasing wonderful objects and meeting clients old and new.’’