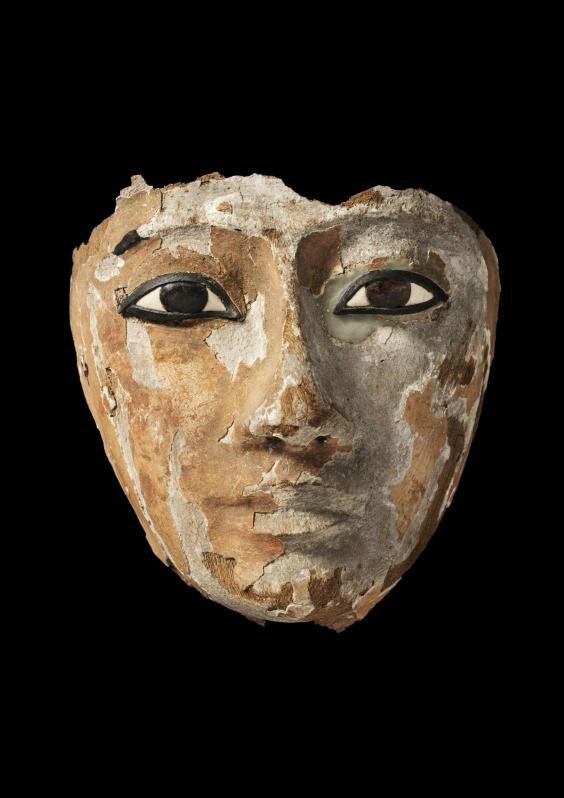 LONDON.- Two Temple Place reopened to the public with its fifth annual Winter Exhibition, Beyond Beauty: Transforming the Body in Ancient Egypt on 30th January 2016. This major new exhibition allows us to experience the ancient Egyptians at their most spectacular and at their most intimate, uncovering a civilisation fascinated by appearance and identity both in life and death. Rare surviving imagery on exquisite painted coffins, decorated funerary masks, delicate figurines and beautifully carved reliefs emphasise the importance of body image. Meanwhile jewellery, mirrors, hairpins, scent bottles and makeup provide an insight into some surprisingly familiar daily routines and the ever changing styles of the time. Through artefacts spanning over four millennia, from 3,500 B.C. to 400 A.D., the viewer is invited to ask why Egyptians cared so much about transforming the way they looked and how our perceptions are influenced by the objects they left behind. Beyond Beauty is created by the Bulldog Trust in partnership with 7 museums from across the country. Many of the artefacts on display come from the same archaeological excavations, and are seen together collectively for the first time since their discovery by pioneering Victorian Egyptologists. Drawn Bagshaw Museum (Kirklees Council), Bexhill Museum, Bolton Museum, Ipswich Museum, Macclesfield Museums, Royal Pavilion & Museums (Brighton & Hove) and Touchstones Rochdale, the exhibition includes the fascinating stories of how such objects reached their current UK homes, supported by outstanding original archival material. Beyond Beauty is curated by Egyptologist Dr Margaret Serpico, with Heba Abd El Gawad, a PhD student in Egyptian Archaeology at Durham University (funded by Helwan University, Cairo) currently researching self-presentation in Ancient Egypt. It has been a long-standing aim of Dr Serpico to create such an exhibition: 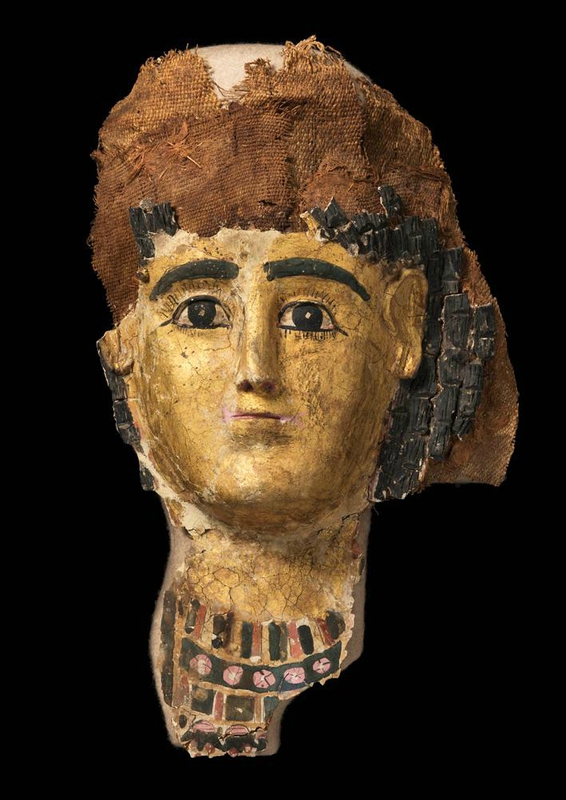 Part of cartonnage mask placed over the mummy of a woman. Roman Period (30 BC - 395 AD), possibly from excavations in the Fayum. Courtesy Two Temple Place and Macclesfield Museum.

‘The desire to unveil the fabulous objects held in these museums was borne out of a long term project to raise awareness of some of the 200 ancient Egyptian collections in the UK, many in regional museums. I have always been amazed by the many wonderful artefacts in these collections, objects that I wished could be seen by wider audiences. This exhibition is a fantastic opportunity to celebrate these collections and appreciate how important it is that we care for and preserve them into the future.’ Two Temple Place, a magnificent neo-Gothic mansion on London’s Victoria Embankment, is owned and run by the charity the Bulldog Trust. Its Winter Exhibition Programme aims to support regional museums across the UK, highlighting the great riches that are to be seen through an annual free exhibition. Chief Executive of the Bulldog Trust, Mary Rose Gunn says:

“It is an exceptional opportunity for us to be able to champion the stunning Egyptology collections that are held in museums around the UK. We are also looking forward to strengthening cultural ties between Egypt and the UK and are honoured that His Excellency Mr Nasser Kamel, Ambassador of the Arab Republic of Egypt in the UK will be formally opening the exhibition on the 28th January 2016.” “Museums throughout England are home to some of the most fascinating collections in the world, and through our investments we want to see people enjoy these collections for years to come. ‘Beyond Beauty’ is an exciting opportunity for people to see some of our finest Egyptian artefacts together in one place, unravelling their mysteries through creative activities for all ages, from storytelling and dance, to lectures and music.” A copper alloy mirror with the upper part of a stone handle preseved in the shape of a papyrus column; Late Middle Kingdom (2055-1650 BC). Unprovenanced. Courtesy Two Temple Place and Macclesfield Museum. 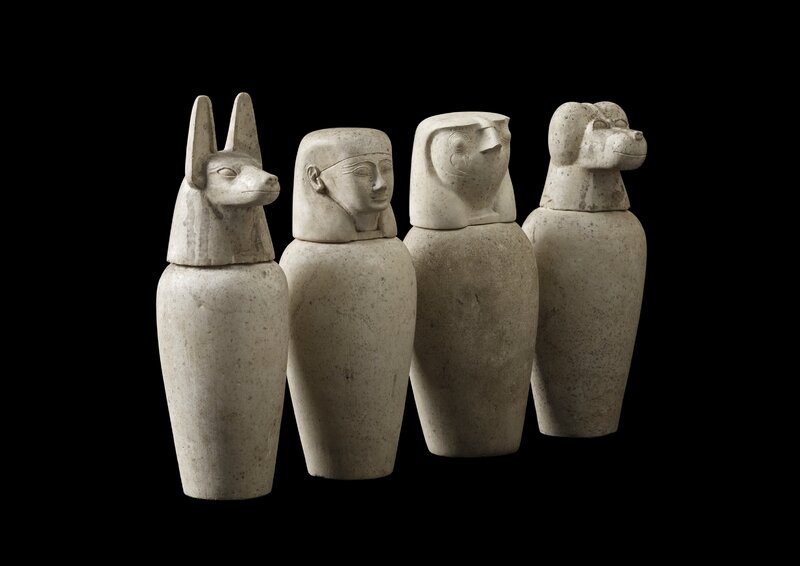 Set of canopic jars to hold the internal organs of a mummified body. The Four Sons of Horus guarding the vessels are jackal-headed Duamutef, human-headed Imsety, falcon-headed Qebehsenuef and baboon-headed Hapy. Third Intermediate Period, Dynasty 22 (945-715 BC). From excavations at the Ramesseum, Thebes. Courtesy of Two Temple Place and Touchstones Rochdale.