A 600-year-old china Ming cup, valued at £2m is to be offered in Hong Kong by Auctioneers Lyon & Turnbull

A 600-year-old china Ming cup, valued at £2m is to be offered in Hong Kong by Auctioneers Lyon & Turnbull 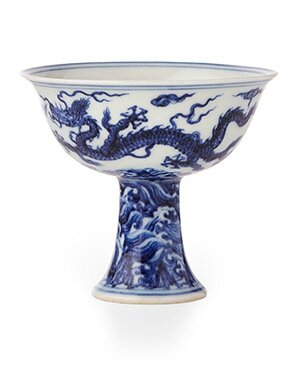 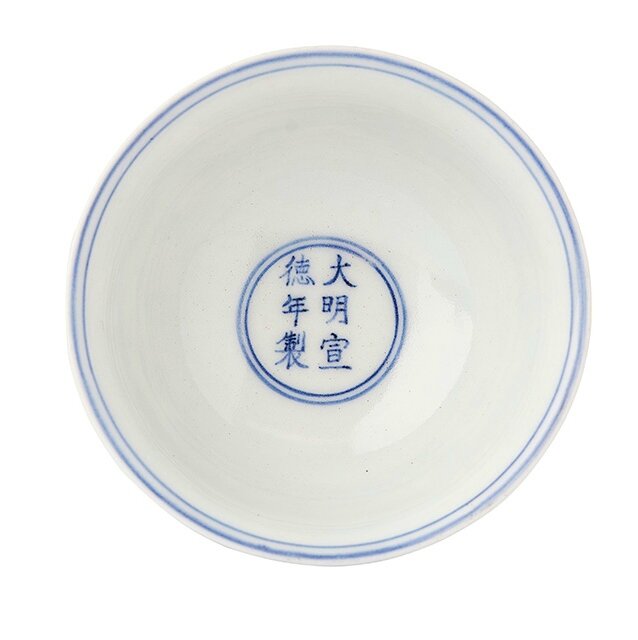 HONG KONG.- The Stem Cup, which dates back to about 1425, is valued in excess of £2 million and will be sold by Lyon & Turnbull at a special auction in Hong Kong on the 31st May 2016. The Stem Cup will be the star lot of the 80-100 lot auction of Chinese Art that Lyon & Turnbull will co-produce with their sister company Freeman's of Philadelphia, America's oldest auction house. The sale will preview in America, first at Freeman’s from 10-11 March, then in New York at Carlton Hobbs Gallery from 14-16 March during Asia Week New York. From there, the piece will be exhibited during Asia Week Hong Kong on the 28th, 29th, 30th May, before the sale on the 31st May 2016.

Lee Young, Head of Asian Art at Lyon & Turnbull said “The Ming Xuande (1426-35) mark and period blue and white Stem Cup is a rare masterpiece and, of its type, is virtually unseen outside museum collections. The motif of flying dragons was popular in the Yuan dynasty, but was revived in the Xuande dynasty as can be seen in this case. The fearsome five-clawed dragon flies amongst flames, chasing the eternally flaming pearl, above a sea with crashing waves tipped in white, with rocks seen around the base.”

The Stem Cup was the most valuable of 270 items bequeathed to the Staffordshire University by Mr Ernest Thornhill in 1944, having originally been sent there during wartime to safeguard the collection. Upon rediscovering the collection, which has been hidden away in storage for a significant number of years, the University appointed Lyon & Turnbull to sell the Stem Cup so that it can raise funds to build a permanent new home for the remainder of the collection at its Stoke-on-Trent campus. This resource centre will enable student access to the collection for their study, complying with the original bequest and wishes of Mr Thornhill. The blue and white Stem Cup, Ming dynasty, Xuande mark and period (1426-35) in the Thornhill Collection.

Deputy Vice-Chancellor of the University, Rosy Crehan, and Lee Young agree: "Whilst to some it may seem unfortunate to have to sell one item from a collection, this is simply being done for the greater benefit of University students, and indeed the wider public. The funds raised will finally allow the remaining 269 pieces to be curated, conserved and enjoyed in a facility that will attract a broader audience to Staffordshire, complementing what is, the heart of the British ceramics industry. An appropriate tribute to the Stem Cup will feature in this display. ”

Ernest Thornhill was a pharmacist from London who collected Oriental ceramics. He donated several pieces to the British Museum as well as the then North Staffordshire Technical College, which later became Staffordshire University in 1992.

Rosy Crehan continues: "The Thornhill Collection is an important part of the University’s heritage and an exciting part of our future. The sale of the Stem Cup is enabling the University to tell the story of the Thornhill collection to a global audience. The journey began at Asian Art in London in November when the Stem Cup was publically exhibited in the UK for the first time in 20 years. Its exhibition in America in March and then in Hong Kong in May ahead of the sale, will provide the first international platform for this important piece and will spread the story of the Thornhill Collection far and wide." A visitor looks at the blue and white Stem Cup, Ming dynasty, Xuande mark and period (1426-35). Estimate in excess of £2 million.

Commentaires sur A 600-year-old china Ming cup, valued at £2m is to be offered in Hong Kong by Auctioneers Lyon & Turnbull