Michaan's to offer the collection of Ms. Naomi Lindstrom

Michaan's to offer the collection of Ms. Naomi Lindstrom ALAMEDA, CA.- Naomi Lindstrom (1924-2014) was a collector of the purest sense. A longtime flight attendant for Pan Am, she traveled the world rubbing elbows with sheiks and presidents, all the while collecting what she loved along the way. Her fifty years of collecting became a personal journal of sorts, a testament to a life of adventure, intellect and visual curiosity.Michaan’s Auctions will present these objects on March 7, 2016, chronicling the love and life of Ms. Naomi Lindstrom, expressed in treasures found from around the globe.

What has been described as the most significant collection of world beads in the United States, international and ancient pieces from Naomi’s prized bead accumulation will be offered in over 290 lots. Ms. Lindstrom’s passion for world and ancient beads lead to a respected knowledge, as she conducted bead lectures in both London and New York, exhibited at the San Francisco Museum of Craft and served as a docent for over twenty-five years at the San Francisco Asian Art Museum. Beads composing necklaces and other curiosities at sale are from over fifty noted origins, spanning a dizzying world list ranging America to Africa, Germany to Java and Mexico to Morocco to name a few. Virtually all are of her design, while remaining true to cultural heritage.

Highlighting the bead collection are some of the best quality Tibetan corals available, some with quite an interesting background story. Naomi had spent six months working with the Lowell Thomas Foundation side by side with the Dali Lama’s brother and sister to aid Tibetan refugees streaming into India that were escaping the uprising. During this time, numerous Tibetans sold their corals to raise funds to survive in their new environment. Naomi, compassionate to the plight of the refugees, bought many of their coral beads and also helped to facilitate additional buyers for them. Spotlighting Naomi’s outstanding Tibetan corals is a two-strand necklace of excellent antique red coral beads with an ornate gilded pendant centering a large red coral cabochon at an estimate of $20,000-30,000 (lot 4364), as well as a double strand coral beaded necklace supporting a decorative antique Tibetan gilded silver needle case at an estimate of $12,000-18,000 (lot 4359). A coral enhanced turquoise, glass, iron and aventurine necklace is an appealing piece holding a leather Tibetan fire kit pouch, representing conservatively estimated pieces from the category at $1,500-2,500 (lot 4353). 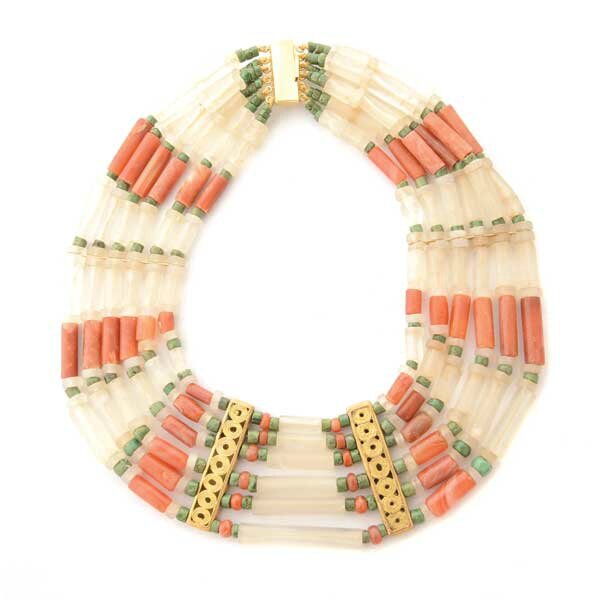 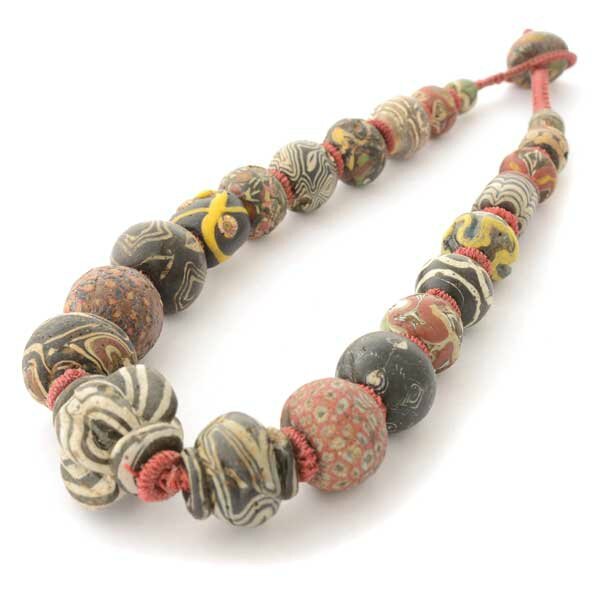 Naomi’s travels to Asia and East Asia are reflected in 145 lots, largely comprised of vessels and decorative items. However, the categories of Asian furnishings and textiles held a special significance in Naomi’s world, as her interest and love for them expanded her expertise as well as her collection. Naomi’s unwavering standards for quality had brought her to Hei Hung Lu, once a major supplier of high-end Asian furniture based in Hong Kong. Naomi’s self-education coupled with learning from Mr. Hei’s expertise then created her discerning eye for Asian furniture. Her knowledge eventually leads her to be asked to lecture on Asian furnishings at the Asian Art Museum in 1998. Naomi also considered herself to be a proponent of women, which in part drew her to the realm of textiles. She collected the most interesting and unique pieces she could find, focusing on hand spun, naturally dyed textiles crafted mainly by indigenous women. During her life Naomi came to join the Textile Arts Board at the M.H. DeYoung Museum and the Textile Arts Council in San Francisco. She also donated rare textiles to the Asian Art Museum and the DeYoung, in addition to lecturing on Asian and Indonesian textiles at various speaking engagements.

Naomi’s Asian art collection was acquired with great care, very slowly and deliberately, and it showed. Both collectors and institutions noted the excellence of her collection, with the Asian Art Museum showcasing her pieces when they needed to impress high-end donors. Her Asian art collection continues to make its impact felt, as an article about one of her pieces appeared in the Asian Art Museum magazine, 2015 summer edition. The piece, a Burmese standing Buddha circa the late 1800s, is proving to be instrumental in furthering art conservators education concerning the construction methods of such carved statues. A specialty auction collection of figural sandstone carvings will be presented at sale, also reflecting the caliber of Asian carvings from Naomi’s accumulation. Highlighting the sandstone works of art presented in 6 sale lots is a Khmer Angkor Wat style female deity at an estimate of $15,000-20,000 (lot 4094). The finely carved four-armed figure is of the 12th century, standing approximately 19 inches. She wears a long sampot with a fishtail pleat, secured at the waist by a knotted belt. Her only remaining hand is outstretched upon the right-hand side, cradling a spherical object. The figure stands upon a sandstone base, which then inserts into a fitted, polished wood stand. Over 80 lots of world tribal and ethnographic objects including numerous pre-Columbian pieces hold an offering of interest in an early 20th century Toraja carved wood male Tau Tau figure at an estimate of $20,000-30,000 (lot 4171). Standing approximately fifty inches in height, the torso is covered in raised swirl patterns with the back still displaying much of the designs original black pigment. The expression upon the male’s face is one of bewilderment, conveyed by wide bone set eyes with dilated wood pupils and a slight mouth carved as an approximate 1 ¾ inch slit. His erect genitalia allows his full scrotum be viewed, as they are both dimensionally carved as well. A swiveling stand mounts the figure on each leg around the area where the knees would reside, allowing for optimal appreciation of the object. The Toraja are an ethnic group from the mountainous region of South Sulawesi, Indonesia. Before the 20th century these people remained relatively untouched by the outside world. By the 1970s, the area became a hotbed of tourism in Indonesia, peaking in the 1990s.

Offered artworks from Naomi’s personal collection are to be presented in 31 lots. Just as her travels had amassed a variety of beads from around the globe, an international presence is evidenced in artists of American, Australian, French and Mexican heritage. The largest representation is found in pieces by Hawaiian John Chin Young in 17 lots. Highlighting this group is the abstract oil on canvas “Homage of Wang Wei” at an estimate of $2,500-3,500. Commanding the canvas is a cluster formation of impasto paint in neutral and blue tones in bold applications by palette knife. Signed in pencil upon the lower right, the painting measuring approximately 44 by 40 inches will be auctioned as sale lot 4242. Young, whose career spanned sixty years, is currently held in the public collections of the Art Institute of Chicago, the Honolulu Museum of Art, the L.A. County Museum of Art and the Santa Barbara Museum of Art. Joining the Young works on March the 7th will be artists Jose Luis Cuevas, Oscar Edwards, Norman Ives, John Koenig, Fernand Leger, Georges Rouault, Madge Tennent, Charles W. Bartlett, Jean Charlot and Nathan Oliveira.