PASADENA, CA.- The USC Pacific Asia Museum presents Royal Taste: The Art of Princely Courts in 15th-Century China, an exhibition that considers the lives of nobility in late imperial China. The exhibition explores the luxurious lifestyles and religious practices of princely courts in early- and mid-Ming China (1368–1644) and features more than 140 outstanding works of pictorial, sculptural, and decorative arts. Glimmering jewelry and hairpins, important devotional statues, beautiful textiles and porcelain, and painted masterpieces reveal some of the lesser-known aspects of the palatial lives, religious patronage, and afterlife beliefs of Ming princes, whose world has long been a mystery.

Royal Taste features archaeological finds from dozens of royal tombs—now in museum collections in the Hubei province in China—as well as imperially commissioned statues housed at Daoist temples on Mount Wudang, the birthplace of Tai Chi. Through these significant loans, all of which are traveling to the U.S. for the first time, the exhibition provides a fuller understanding of the visual and religious worlds of Ming princes, and demonstrates the vital role of their sophisticated courts in shaping Ming material culture.

This exhibition first appeared at the Hubei Provincial Museum in Wuhan, China. The U.S. presentation is organized by The John and Mable Ringling Museum of Art and curated by Dr. Fan Jeremy Zhang, The Ringling’s Helga Wall-Apelt Associate Curator of Asian Art, in collaboration with the Hubei Provincial Museum. At USC PAM Royal Taste brings together works from the Hubei Provincial Museum and its affiliated institutions, the private collection of Dr. Tei Fu Chen, and USC PAM’s permanent collection. Museum Director Christina Yu Yu, Ph.D states, “This is the first time the USC Pacific Asia Museum has mounted an international traveling exhibition of such magnitude and importance.” She continues, “Royal Taste is one of many initiatives we are planning in order to elevate USC PAM into one of the country’s leading university museums.” “The range and quality of the objects excavated from the regional princes’ tombs demonstrate the might of the Ming dynasty, which consolidated most of China as known today,” says Associate Curator Yeonsoo Chee. “The exquisite beauty and superb craftsmanship of the gold objects are a testament to the artistic sophistication of the early Ming dynasty.” To guard the central throne in Beijing, the Ming emperors bestowed fiefs to more than sixty princes in different provinces. For generations, these regional courts enjoyed great feudal and financial privileges. Royal Taste features archaeological finds from the royal tombs of Prince Zhuang of Liang Kingdom, Prince Jing of Ying Kingdom, and the Princes of Jing Kindgom in modern Hubei province. The presentation also includes religious statues from Mt. Wudang, a site that received continuous imperial patronage after the Yongle emperor (reign 1403–1424) selected Zhenwu as his dedicated Daoist deity to worship. At USC PAM, Royal Taste is presented in three sections. The first area features gold, silver, and jade objects from the tombs of regional princes. A second section showcases objects related to the lifestyle of nobility, such as textiles, ceramics, and paintings. The final section of the exhibition presents religious objects related to Tibetan Buddhism and Daoism.

EXHIBITION HIGHLIGHTS:  Forty works from the tomb of Prince Zhuang of Liang (d. 1441) in Zhongxiang city, which is one of the most significant discoveries of Ming archaeology in the past fifty years. Important finds, such as an imperial certificate of the royal marriage and luxury court gifts of gold and silver, provide a rare glimpse into the court life of Ming China. 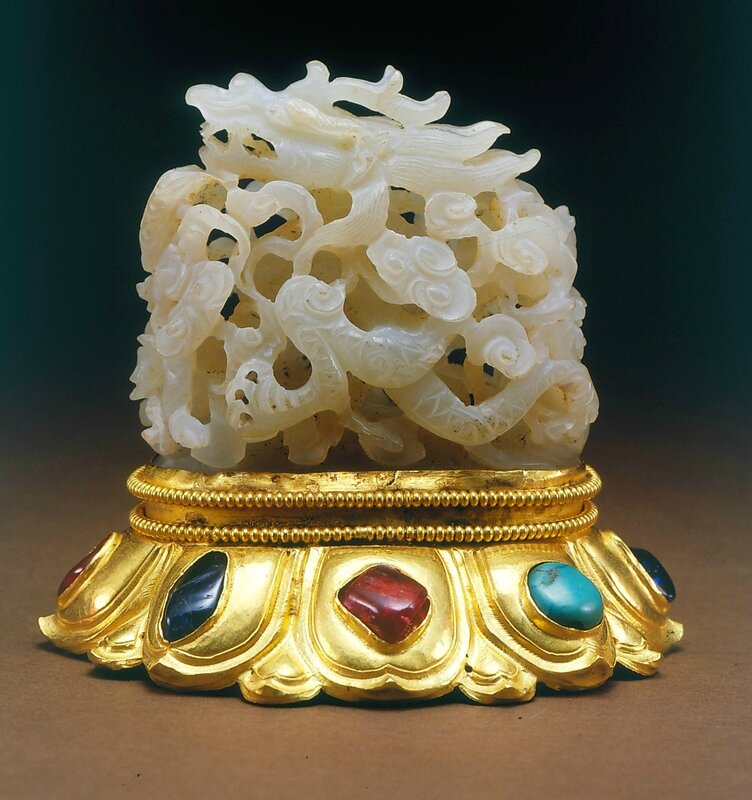  Thirty objects from royal tombs of the Jing Kingdom in Qichun County, including a variety of personal jewelry made of gold and gems of extreme beauty. 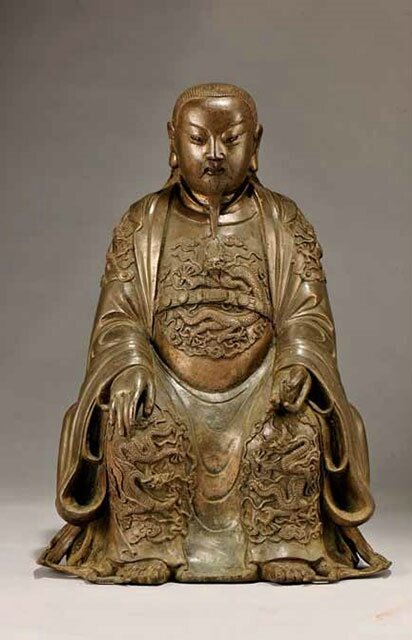 “There’s a remarkable wealth of the material world of Ming princes yet to be given enough scholarly attention,” said Dr. Fan Zhang. “The royal patronage from the regional courts truly had a significant impact on the art-making and consumption of late imperial China. One of the largest exhibitions of courtly art from this period ever presented in the U.S., Royal Taste offers a fantastic showcase of the courtly art and life of provincial Ming China.”