Located in a former Second World War telecommunications bunker that has been renovated by the British architect John Pawson, the museum encourages a conversation between different periods and cultures offering an alternative perception of the antique and creates a new perspective on the artworks, leading viewers through a synesthetic experience. The collection is housed in a former telecommunications bunker. Photo: Gilbert McCarragher via John Pawson.

The collection brings together stone, bronze and wood Khmer sculptures from the 7th-13th century, Imperial Chinese lacquer and stone furniture, wood and stone Chinese Scholar furniture from the Han Dynasty to Qing Dynasty, from 200 BC to the 18th century, and works by Cristina Iglesias, Anish Kapoor, Zeng Fanzhi, and James Lee Byars to name a few.

These pieces have all been chosen and collected by the museum’s founder Désiré Feuerle, a connoisseur of Asian art and art historian who was a pioneer in juxtaposing antiquities with contemporary art through a series of ground-breaking exhibitions in the 1990s. “I feel that Désiré has a ‘Chinese Eye’ when it comes to his collection which makes him always choose the best pieces." (Zeng Fanzhi) The former Second World War telecommunications bunker in Berlin Kreuzberg has been transformed by British architect John Pawson who is renowned for his minimalist architecture and sensitivity to existing buildings. Pawson’s previous projects include the Cistercian monastery of Our Lady of Nový Dvůr in Bohemia, the Sackler Crossing at London’s Royal Botanic Gardens, and the Luca Brenta B60 Sloop. The Feuerle Collection is the architect’s first project in Berlin. The space was renovated by the British architect John Pawson. Photo: Gilbert McCarragher via The Feuerle Collection.

“It is difficult to think of places more charged with atmosphere than these monumental concrete structures. They fall very much into the category of ‘engineers’ architecture that so appealed to Donald Judd. I knew from the beginning when I visited the site and first had that visceral experience of mass that I wanted to use as light a hand as possible. Concentrating all the effort on making pristine surfaces would never have felt appropriate here. Instead this has been a slow, considered process - a series of subtle refinements and interventions that intensify the quality of the space, so that all the attention focuses on the art.” (John Pawson) 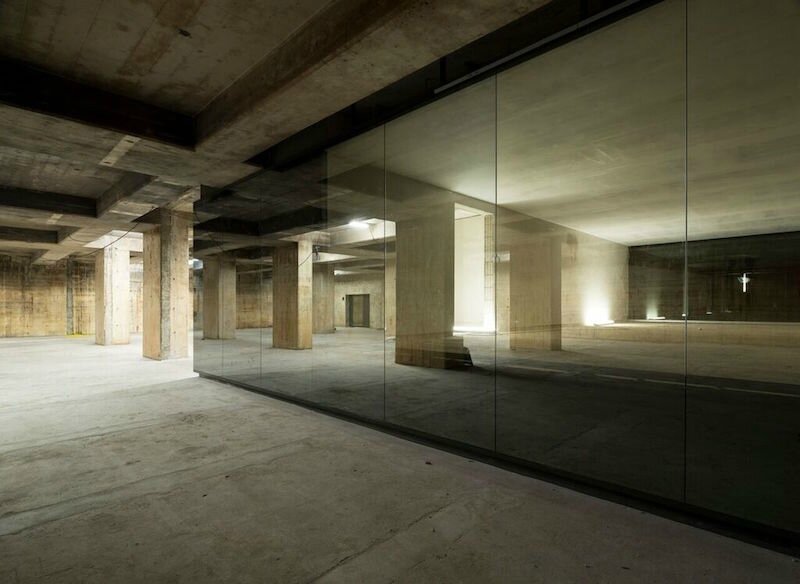 The space will host the 9th Berlin Biennale in June. Photo: Gilbert McCarragher via The Feuerle Collection.