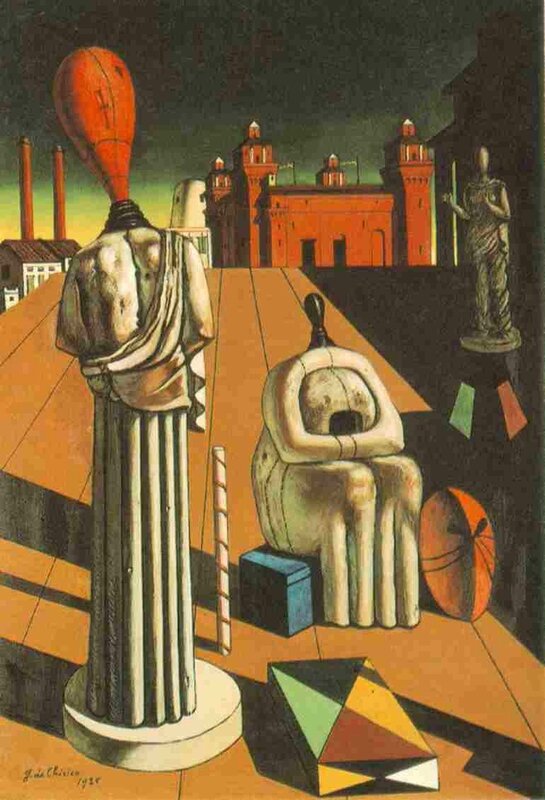 ISTANBUL.- Pera Museum is presenting an exhibition of Giorgio de Chirico, The Enigma of the World. Realized in collaboration with the Fondazione Giorgio e Isa de Chirico in Rome, the exhibition includes a broad selection of 70 paintings, 2 lithography series, and 10 sculptures of the iconic Italian painter Giorgio de Chirico.

The inventor of the Metaphysical Art and one of the most extraordinary artists of the 20th century, Giorgio de Chirico’s father Evaristo de Chirico was born in Istanbul. This exhibition represents an ideal return and an occasion of genuine discovery. Birthplace of the artist’s father, Evaristo, a railway engineer and 19th century gentleman, Istanbul was the family’s city of residence while the grandfather, Giorgio Maria (whom the artist would be named after), was working as a dragoman, or diplomatic interpreter, for the Sublime Porte. The family, of Italian origins, with strong ties to their native land, was actively involved outside Italy particularly in Turkey and Greece.

During the years he studied at the Munich Academy of Fine arts between 1906 and 1909, de Chirico was influenced by the works of philosophers such as Nietzsche, Schopenhauer, and Otto Weininger, as well as the art of Arnold Böcklin and Max Klinger. His invention of Metaphysical Art in Florence in 1910, his theoretical writings and the corpus of his early period metaphysical paintings would prove to be a strong source of inspiration for the Surrealists. The artist was both a versatile and colourful individual; focusing on the subjects of memory, dreams, and the enigma of the world, he distinguished himself from other great artists of his period. He was a trailblazing, multitalented artist that had a profound impact on masters like Magritte and Dali.

The elegant exhibition design retraces almost 70 years of de Chirico’s artistic career from the dawn of Metaphysical Art to the iconographic themes of the 1920s and 1930s, to research into classical painting technique, up to the splendid ultimate period of Neo-metaphysical Art of 1968-1976 in which a renewed painterly, conceptual and philosophical vision comes to light in works in tune with contemporary Pop Art. The exhibition brings together a striking collection of extraordinary inventions and recurrent innovations, which, seen as a whole, bring to mind Nietzsche’s idea of ‘Eternal Return’. 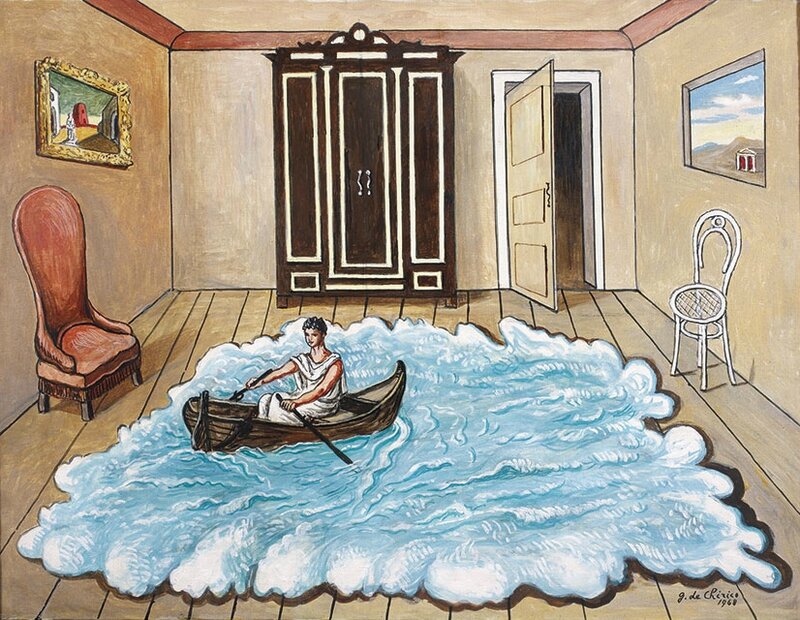 The exhibition, which also includes one of the artist’s earliest paintings (1909), encompasses a large selection of works extending particularly from the 1920s until his final period of the mid-1970s. As Fabio Benzi, the curator of the exhibition mentions in his article in the exhibition catalogue, “Among the foremost artists of the 20th century avant-garde, in 1910, de Chirico fine-tuned a vision, ‘Metaphysical Art’, which together with those of his contemporaries Picasso, Matisse, Kandinsky, Balla and Malevic, constitute the great pillars of contemporary art. In particular de Chirico, whilst avoiding formalist and abstractive research such as the chromatic and expressionistic exaggerations of his great colleagues, projected his own quest into the theretofore unexplored territories of the dream, the mystery of the world and of memory, thus tracing a high road that would lead to Surrealism and to all artistic expression that refer to the unconscious.”

Giorgio de Chirico is one of the most extraordinary figures of the 20th century, a period marked by consecutive avant-garde movements. During this rich period that brought to fore different forms and modes of expression rather than themes in painting, de Chirico, as distinct from his contemporaries, created a unique metaphysical universe in which he developed a variegated complexity of subjects. His Metaphysical Art was seminal and eye opening both for his contemporaries and for the subsequent generations.

Throughout his 70 year-long career, de Chirico moved from hermetic representations and images evoking the pathos of antiquity, to works akin to great classical painting, to paintings of a luminous naturalism and other, brilliantly ironic and playful images. At 80 years of age, during his final neometaphysical period, he revisited his most iconic subjects such as the Italian Piazza, the Mannequin and the Metaphysical Interior, newly interpreting these with bright colours and serene atmospheres compared to the severe and disquietening ones of his early years. The exhibition at Pera Museum sheds light upon the artist’s unique, free and endless search and the artistic adventure he undertook and which would reshape the course of 20th century art.

Giorgio de Chirico: The Enigma of the World is on view at Pera Museum until 1 May 2016. The exhibition is accompanied by a fully illustrated catalogue published by Pera Museum