Originating from every corner of the Asian continent, the artworks will be shown throughout Manhattan by international Asian art specialists starting March 10 through March 19. In the museum-quality presentations by 45 galleries, art lovers can take in the rarest and finest examples of painting, sculpture, bronzes, ceramics, jewelry, jade, textiles, prints and photographs from all over Asia.

“Each year at this time, just as the flavor of spring arrives in the air, another phenomenon electrifies the atmosphere of New York: Asia Week!” exclaims Lark Mason, Chairman of Asia Week New York 2016 and owner and founder of iGavel Auctions. “And each year, in-the-know aficionados look forward to this 10-day event with great expectation. And why shouldn’t they? Asia Week is now celebrating its seventh anniversary, and it’s now more exciting than ever."

View a roundup of the not-to-be-missed exhibitions by the participating galleries here.

The 2016 edition of Asia Week New York offers an overflowing schedule of gallery open houses; auctions at Bonhams, Christie’s, Doyle, iGavel and Sotheby’s; exhibitions, lectures, symposia and special events. To celebrate the Asia Week festivities, a private invitation-only reception, jointly hosted with the Department of Asian Art of The Metropolitan Museum of Art, will take place there on March 14.

A comprehensive guide with maps will be available at participating galleries, auction houses and cultural institutions, and online at asiaweekny.com.

JOAN B. MIRVISS, LTD.: Ono Hakuko, an artist who lived from 1915 to 1996, created Kinrande, a floral-patterned covered porcelain water jar around 1985. Hakuko paved the path for Japanese women ceramists with her mastery of gold leaf on porcelain. It is only one masterpiece among nearly fifty vessels by over thirty artists included in A Palette for Genius: Japanese Water Jars for the Tea Ceremony, 39 East 78th Street, 4th Floor. 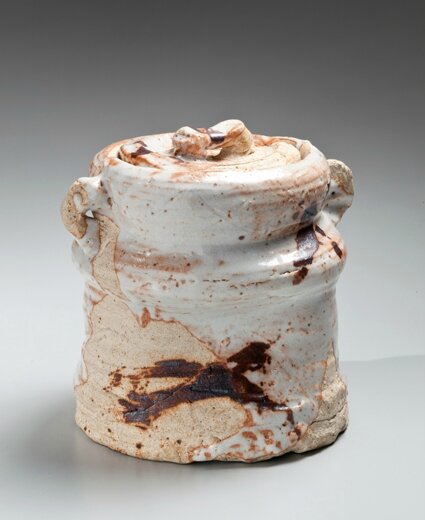 GIUSEPPE PIVA JAPANESE ART: The pine tree (matsu) occurs frequently in Japanese art and is symbolic of longevity and stability of character. It is also thought of as a good omen and is associated with fidelity and loyalty in friendship. A beautiful writing box decorated with a moon behind a pine tree from the 19th century steals the show as part of Japanese Art and Antiques at Adam Williams Fine Art Ltd, 24 East 80th Street. ANDREW KAHANE, LTD.: A rare early Chinese gilt bronze figure of a striding dragon from the late Six Dynasties-early Tang Dynasty, 6th-7th century, from a prominent New York collection, is included in Chinese Ceramics and Works of Art at The Mark Hotel, 25 East 77th Street. It is possible that the dragon was created for the Daoist tou longjian  ceremony, but the two pierced scroll elements to be used for attachment make it more likely that it was a vessel support. 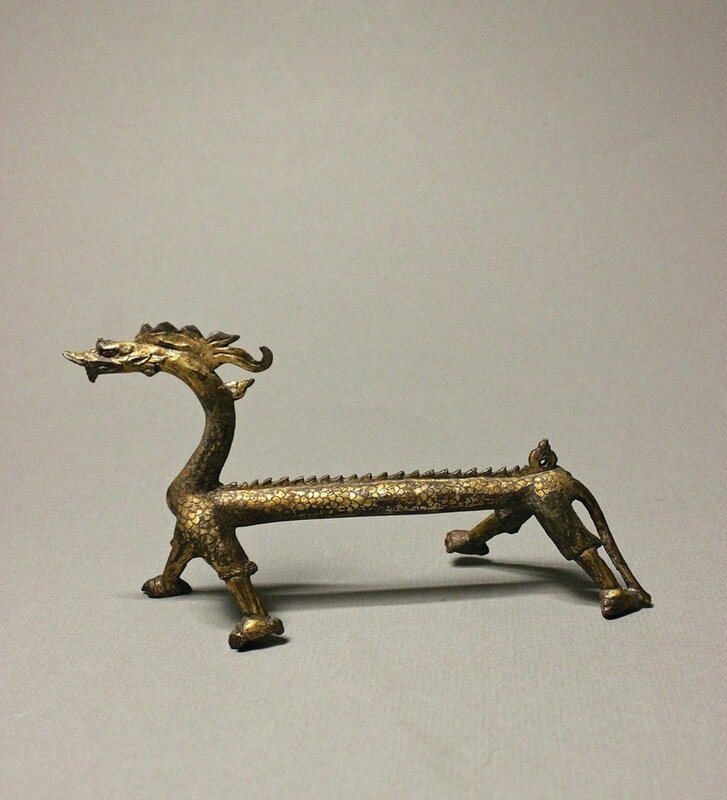