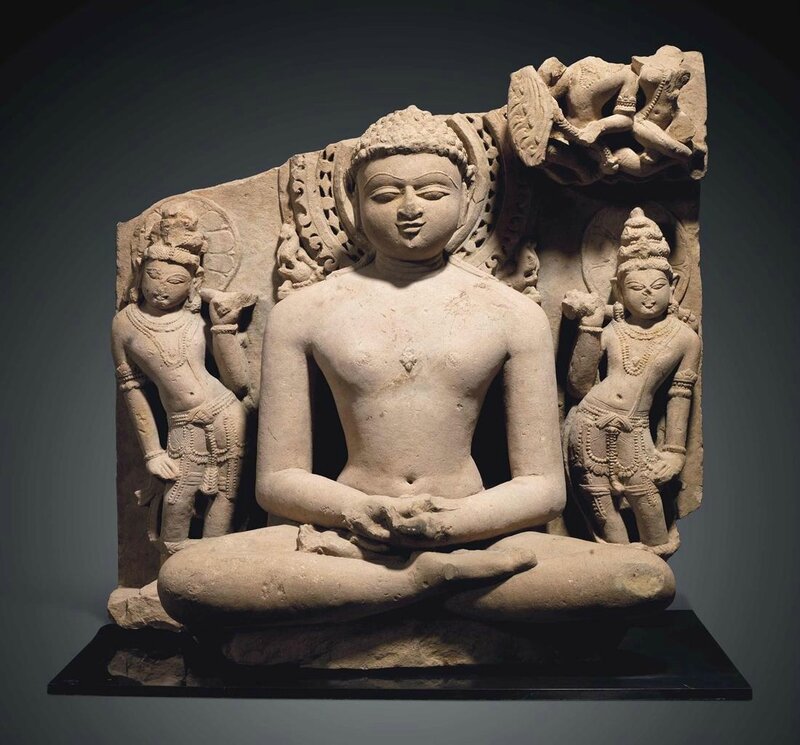 NEW YORK (AFP).- New York kicks off its annual week of Asian art sales Tuesday, red-faced after stolen Indian statues were impounded from Christie's and testing the market in the face of a Chinese economic slowdown.

US special agents seized the sandstone statues, dating back to the eighth and 10th centuries, from Christie's auction house following an international investigation with assistance from India and Interpol, US officials said.

"We have withdrawn the lots and we are fully cooperating with the authorities on their investigation," a spokesperson for the auction house said.

US agents said both artifacts came from a specific smuggler, and Manhattan District Attorney Cyrus Vance warned art dealers and auction houses to do everything possible to avoid selling stolen cultural heritage.

Christie's said the auction house would never knowingly offer art for sale when there were valid concerns over its provenance and said the evidence uncovered in this case had not been publicly available and "therefore could not have been accessed by Christie's for vetting purposes."

'First really big test' -
While eclipsed by the sales of contemporary Asian art in Hong Kong each April, insiders say the importance of New York's annual celebration and promotion of Asian ceramics, paintings and sculpture grows every year.

Last year, the Chinese stock markets imploded and the economy has slowed further in 2016, which could dampen the appetite of once cash-rich collectors.

"It's the first really big test of the year," said Henry Howard-Sneyd, chairman of Asian art at Sotheby's.

To intice buyers, Sotheby's is offering pieces that have not been available at auction for decades, Howard-Sneyd said.

Their standout lot is an untitled piece by Indian abstract painter V.S. Gaitonde, estimated by Sotheby's to be worth $2.5 million to $3.5 million, a year after New York's famed Guggenheim Museum gave the late artist a retrospective.

In a nod to the economic slowdown, Michael Bass, international director of Chinese ceramics and works of art at Christie's, conceded that people would be "looking to see what will happen."

Bass said Christie's offerings were rich and diverse. "These are unique pieces," he said.

"You're not just investing in something that's just a piece of paper, this is actually a beautiful object that you can own."