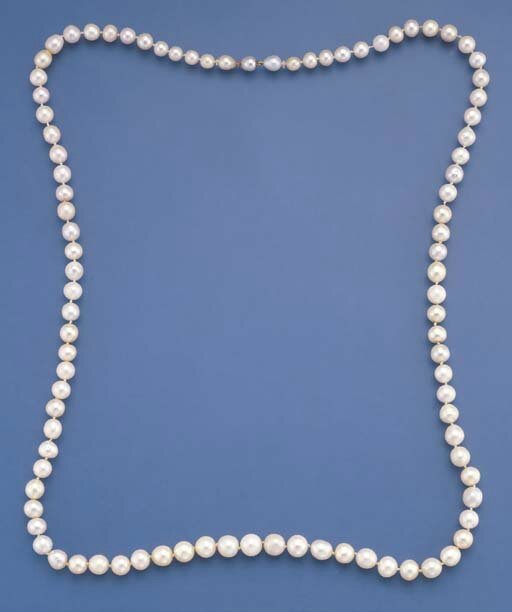 Accompanied by report No. 974992 dated 2 April 2004 from the Precious Stone Laboratory, London, stating that the pearls were found to be natural Notes: Isabella II of Spain (1830-1904) was the eldest daughter of Ferdinand VII, King of Spain, and his fourth wife, Maria Christina. Her life and reign were dominated by continual political upheavals and her personal life too was full of intrigue. Although proclaimed Queen at the age of three on the death of her father in 1833, she was not officially crowned until 1843. This was following the regency of her mother, a seven year battle by her uncle Don Carlos pretending to the throne, and a further 2 years' regency of Esperato, the army general. At the age of sixteen she was forced into a political marriage with her cousin, and despite his rumoured impotence, bore twelve children. Her constant and unscrupulous interference in politics led to her exile in 1868, and finally an enforced abdication in Paris on 25th June 1870 in favour of her son, Alfonso XII. As a result of her continual political meddling, Isabella was forbidden from returning to her homeland and died abroad in April 1904.