NEW YORK, NY.- Presenting its first full spring season since renovating its gallery in the heart of Midtown Manhattan, theOnassis Cultural Center NY offers the public a major exhibition of ancient art, installations of contemporary art, and a variety of events and resources on site and online for people of all ages, during three months dedicated to the theme of Gods and Mortals. Mount Olympus, the peak known to the ancient world as the home of the Greek gods, provides the real and symbolic locus for the wide-ranging program. 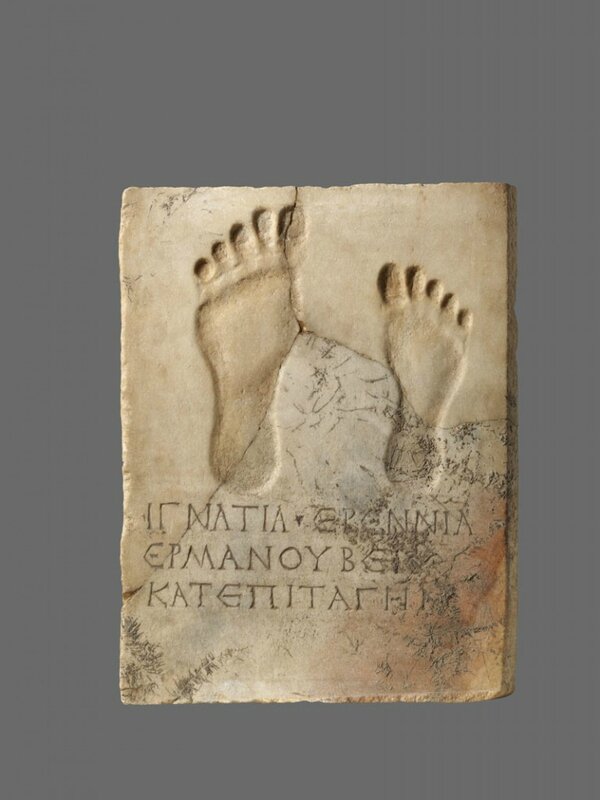 From March 24 through June 18, visitors to the Onassis Cultural Center NY will be able to

• view an exclusive exhibition of rare ancient artifacts from Olympus—some never before displayed to the public—curated by Dr. Dimitrios Pandermalis, President of the Acropolis Museum, Athens, and Director of Excavations at Dion on Mount Olympus

• explore the sights and sounds of the landscape on Mount Olympus

• play the role of an archeologist in a specially commissioned app game designed by Culturplay, Secrets of the Past—Excavating the City of Zeus.

All exhibitions and events at the Onassis Cultural Center NY, 645 Fifth Avenue, are open to the public free of charge. Anthony S. Papadimitriou, President of the Onassis Foundation, said, “This major exhibition marks the reopening of the gallery spaces at the Onassis Cultural Center NY after three years of renovation. We are eager to welcome American and international visitors to our new space and ready to host a new series of art exhibitions. Following in the established tradition of the Onassis Cultural Center NY, our exhibition and other academic and cultural activities will continue to explore and present the Hellenic heritage to a wider audience.”

Commenting on the exhibition, Dimitrios Pandermalis said, “During the past forty-five years of work at the site of the city of Dion, not only have we been able to locate ancient buildings and portable finds but also to chart the lives of many individuals throughout the centuries. The exhibition Gods and Mortals at Olympus: Ancient Dion, City of Zeus aims to provide visitors with a sense of Dion through the presentation of some of the most significant finds, as well as to introduce the wonder of the natural environment that inspired the ancients to develop a sacred center on the foothills of Olympus.”

Amalia Cosmetatou, Executive Director of the Onassis Foundation (USA) and its Director of Cultural Affairs, said, “This spring we present a major exhibition of ancient art and public programs that draw inspiration from Greek mythology and bring the conversation to the present. We enter into a dialogue about ancient and contemporary art and ideas inspired by life in the ancient city of Dion and the natural environment of Mount Olympus, reflecting on the divine and the human condition, the eternal and the ephemeral. Offering programs for all ages, we provide a forum for creative, original thought about our Classical heritage and its relevance today.” Exhibition: Gods and Mortals at Olympus: Ancient Dion, City of Zeus
Gods and Mortals at Olympus: Ancient Dion, City of Zeus explores the relationship between daily life in an ancient city built on the slopes of Mount Olympus and the mythological abode of the gods at the peak. Within an immersive setting, the exhibition features more than ninety artworks and artifacts—including mosaics, sculptures, jewelry, ceramics, coins, glass, and implements—dating from the tenth century BCE to the fourth century CE. None of these objects have been seen before in the United States. Among the highlights are marble sculptures from Hellenistic and Roman times of deities including Zeus, Demeter, and Aphrodite, decorative objects and implements dating back as far as 1,000 BCE, and a visually stunning group of mosaic panels from the private Villa of Dionysus, newly restored with the support of the Onassis Foundation and exhibited to the public for the first time anywhere.

The large central panel of the mosaics (approximately 5 feet high by 7 feet long), showing Dionysus, the god of wine and theater, in triumph, is installed with three accompanying mosaic panels depicting the theatrical masks of Silenus, King Lycurgus, and a satyr. These decorations from the late 2nd to early 3rd century CE testify to the importance of Dion as a theatrical center dating back to the reign of Archelaos, under whose patronage Euripides is said to have written The Bacchae and under whose support the play was first performed.

Also on view from the Roman period are a group of four marble sculptures portraying philosophers (part of the furnishings in the Villa of Dionysus) and sculptures of a philosopher and two divinities associated with Asclepius, the god of medicine, that were installed in Dion’s main public baths. These works illustrate the persistence into Roman times of the Greek tradition of the gymnasium as a place of recreation and discussion. Other important statues, dating from the Hellenistic period, reflect the prominence of the cults of the goddesses Demeter and Aphrodite, as well as the gradual introduction of Egyptian influences into the religious life of Dion. Among these works are a head from a statue of Demeter, a statue of Aphrodite Hypolympidia excavated from the sanctuary later dedicated to Isis, and a relief stele depicting Isis as Demeter.

lso included in the exhibition are fascinating objects that are more intimate and utilitarian in nature. Among these are a metal brooch with remnants of fabric, fashioned as a pair of spirals, that dates from the early Iron Age (1000 – 700 BCE); terracotta jars from the same period, excavated from a cemetery mound; a gold bracelet with lion’s head finials from the late 3rd century BCE; a group of nine gold impressions of coins; a copper alloy medical instrument—a speculum—from the 1st century BCE; a copper alloy oil lamp with a decorative head of a panther (1st-2nd century CE); and a miniature glass vessel with an incised inscription from the mid-2nd to 4th century CE.

Augmenting these objects are specially commissioned videos showing the landscape of Mount Olympus and the archaeological site of Dion and the removal and conservation of the mosaics from the Villa of Dionysus.