ANTWERP.- A ‘new’ self-portrait by Anthony van Dyck, a masterpiece beyond doubt, has recently been discovered. It is almost identical to the famous Self-Portrait by Van Dyck at The National Portrait Gallery in London, which caused quite a stir a few years ago. And again, the Rubens House is the first in the world to show this new work to the general public. Together with six other new loans.

Van Dyck’s showpiece
Anthony van Dyck was Peter Paul Rubens’ most famous and most accomplished student. The self-portrait that has surfaced was commissioned by the English King Charles I. Self-portraits of successful artists were prized collectors’ items, of which Charles I had a small, but exquisite collection that included Titian, Bronzino, Giulio Romano, Rubens and Van Dyck. Charles I had tremendous admiration and affection for his court painter Anthony van Dyck, as evidenced by his words on Van Dyck’s tombstone in London: ‘Anthony van Dyck, who while he lived gave immortality to many’.

The Self-portrait in the Rubens House is almost identical to that of The National Portrait Gallery in London, except that Anthony’s moustache in this portrait is turned upwards. Van Dyck presents himself to Charles I in a formal manner. The drooping moustache on the painting in London suggests that Van Dyck created this portrait for himself. Until recently, the work was, due to it being repainted and re-framed in a rectangular mount, attributed to his successors. Research has now shown, though, that it is a real Van Dyck. Such a self-portrait was a real showpiece of an artist’s talents. The painter chose how he wanted to be seen. Choosing the right profile and vanity are certainly not only of our (facebook) time. The self-portrait that has surfaced was commissioned by the English King Charles I.

The Calumny of Apelles was a theme with which De Vos could present himself as a learned Renaissance artist. Apelles, the most famous painter of the Hellenistic Period, was blasphemously accused of conspiracy against the Macedonian General Ptolemy. The latter was about to have Apelles executed when the truth about his innocence came to light and the painter was acquitted. The theme was rediscovered in the early 15th century when it enjoyed great popularity. In the Netherlands, Apelles was considered the personification of the perfect painter. That is how Rubens was repeatedly praised as ‘the Apelles of his time’. The panel by Maarten de Vos is now the only known painted version of the theme from the Netherlands. In 2019, the work will be on display in the refurbished Museum of Fine Arts in Antwerp as a long-term loan. 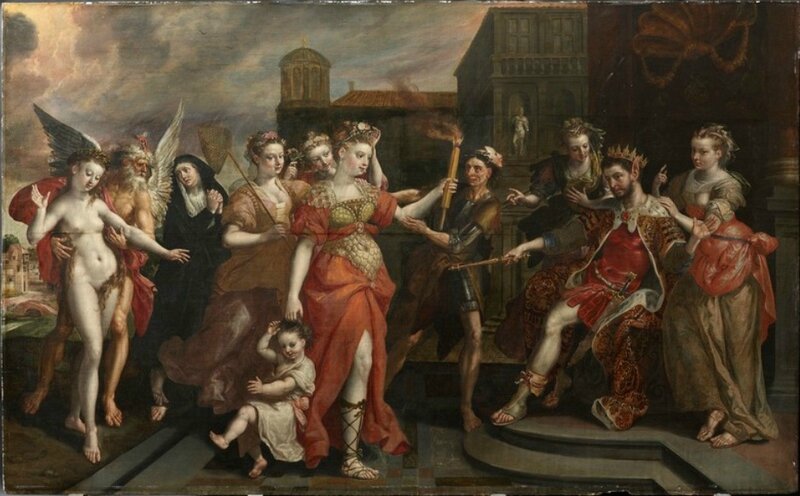 LinkedIn at the time of Rubens
Another reason for a visit to the Rubens House is the Jupiter Head by Anthony van Dyck and the Study Head of an old woman by Jacob Jordaens. The Jupiter Head is an excerpt from the skilful work Jupiter and Antiope, of which Dyck produced several versions. The painting in the collection of the Museum of Fine Arts in Ghent is dated around 1620. Van Dyck was still young at that time and greatly influenced by his teacher Rubens. The expressive, muscular and bearded Jupiter is reminiscent of old men who feature in Rubens’ compositions. The study shows a hunched and horned Jupiter, disguised as a satyr, a lewd and cunning mythological hooved creature. The Study Head of an old woman by Jacob Jordaens is preliminary work. He was, besides Rubens and Van Dyck, one of the protagonists of Flemish Baroque painting. Even though Jordaens was greatly influenced by Rubens, he developed his own distinct style. Like many masters, he made studies of live models. He later used those expressive ‘heads’ in his paintings. The way the Antwerp master modelled the face of an old woman, with visible wrinkles in her neck and on her face and a blush on her cheeks, turns her into a distinctive and lively character. 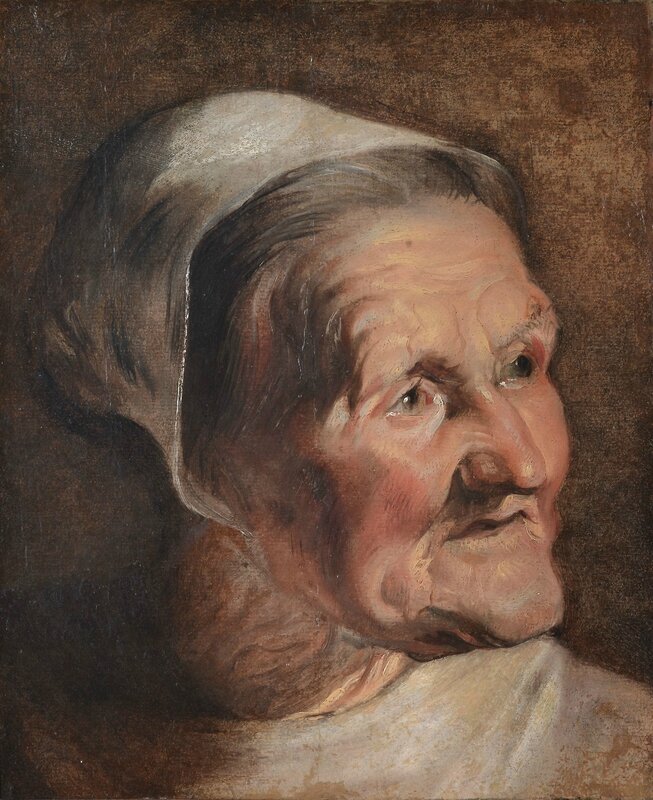 The beautiful portraits of Elisabeth of France and of Ferdinando Gonzaga by the talented Frans Pourbus the Younger can also be admired at the Rubens House. The detail of the gold-coated armour of the young man and the attire embroidered with gold thread of the ten-year-old Elisabeth shows off Pourbus’ masterly talent as a portrait painter. Jan Cossiers creates an unknown, but reliable man in the lifelike portrait of a gentleman. Both painters were Rubens’ business relations. Rubens worked with Pourbus in the same studio in the Italian Mantua and with Cossiers in the 1630s on a regular basis.