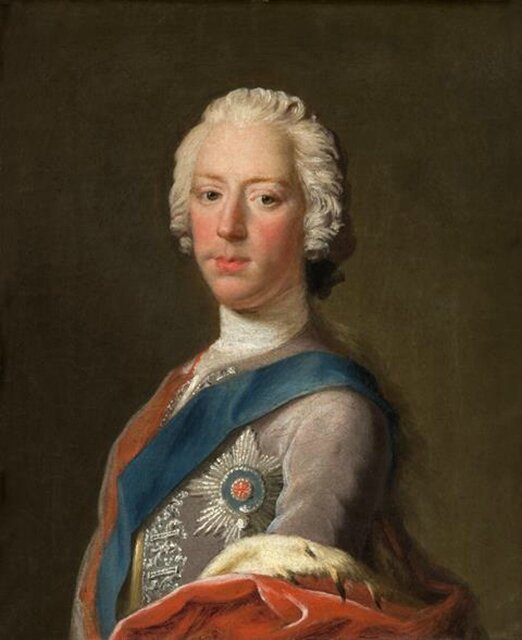 Allan Ramsay (1713-84), Prince Charles Edward Stuart (1720-88), 1745. Accepted in lieu of Inheritance Tax by H M Government from the Trustees of the Wemyss Heirlooms Trust and allocated to the Scottish National Portrait Gallery, 2016.

EDINBURGH.- A hugely significant portrait of Bonnie Prince Charlie by the greatest Scottish portrait painter of the eighteenth century has been acquired by the Scottish National Portrait Gallery thanks to the AIL (Acceptance in Lieu of Tax) Scheme.

Prince Charles Edward Stuart (1720-1788), later known as Bonnie Prince Charlie, was the Jacobite hero who sought to re-capture the British throne for the House of Stuart during the ill-fated Rising of 1745. He landed in Scotland on the 23rd of July, and marched to Edinburgh, defeating a government army at the Battle of Prestonpans. Charles then travelled south as far as Derbyshire, before returning to Scotland; his army was eventually crushed at the Battle of Culloden on the 16th of April 1746. The Jacobite cause was lost and he fled to exile.

This portrait is thought to have been created at Holyrood in Edinburgh during Bonnie Prince Charlie’s short time in the city at the height of the Rising, by the most accomplished Scottish portrait painter of the period, Allan Ramsay (1713-1784). Ramsay was born in Edinburgh, the son of a poet of the same name, and studied in London, Rome and Naples, before returning to Scotland in 1738. He worked for the grandest patrons both north and south of the border, creating a reputation for displaying great sensitivity to the characters of his sitters and masterly renderings of their clothes and poses in his paintings.

His portrait of Bonnie Prince Charlie is an accomplished early work, created when the sitter was 25 and the artist 32. Charles is depicted in half-length format, turning to confront the viewer directly. He wears a powdered wig, has a velvet robe fringed with ermine, and the blue riband and star of the Order of the Garter. The portrait was used as a prototype for painted and engraved versions, which were employed to promote the Jacobite cause.

Since the eighteenth century the painting has formed part of a collection outside Edinburgh; it has come from the Wemyss Heirlooms Trust and was last exhibited in the city in 1946. Recently attention was drawn to its status by a BBC 2 Culture Show Special, presented by Dr. Bendor Grosvenor (22 February 2014). The painting will be displayed in Gallery 4 of the Scottish National Portrait Gallery as a centrepiece to the Gallery’s outstanding collection of Jacobite art which is one of the great strengths of the collection. The National Galleries of Scotland houses an unsurpassed collection of Ramsay’s drawings and paintings.

The amount of tax settled by the acceptance of the portrait through the AIL system is £1,122,838.33.

Christopher Baker, Director of the Scottish National Portrait Gallery, commented “This meticulous and dashing portrait is a work of great historical resonance, which in a real sense has now come home, as it will be celebrated as a key work in the nation’s Jacobite collection and as such become widely accessible. We are immensely grateful to everyone who has made its transference to public ownership, through the AIL scheme, possible.”

Edward Harley, the Acceptance in Lieu Panel Chairman, noted “The Acceptance in Lieu Panel is pleased to have helped this iconic image of Bonnie Prince Charlie return to the city in which it was painted 270 years ago. It now takes its fitting place as one of the highlights of the great collection of the Scottish National Portrait Gallery where it can be enjoyed by all. This is indeed a unique moment in Scottish history.”