LONDON.- The National Gallery welcomes spring with an exhibition exploring the evolution of Dutch flower painting over the course of two centuries. This is the first display of its kind in the UK for more than 20 years.

Through 22 works, Dutch Flowers examines the origins of the genre, the height of its popularity in the Dutch Golden Age, and its final flowering in the late 18th century.

Approximately half the works on display come from the National Gallery Collection, and the rest from private collections. Many of the paintings will be on display here for the first time, having only recently come to the Gallery on long-term loan. At the turn of the 17th century, Netherlandish painters such as Jan Brueghel the Elder, Ambrosius Bosschaert, and Roelandt Savery were among the first artists to produce paintings that exclusively depicted flowers. The sudden emergence of this genre is undoubtedly linked to the development of scientific interest in botany and horticulture at the close of the 16th century. This period saw the establishment of botanical gardens in the Netherlands as well as a booming international trade in exotic cultivars. By the 1630s, speculative prices for the most coveted bulbs and flowering plants had reached spectacular heights – the so-called ‘tulip mania’. Prices soon crashed, however the Dutch enchantment with flowers endured. 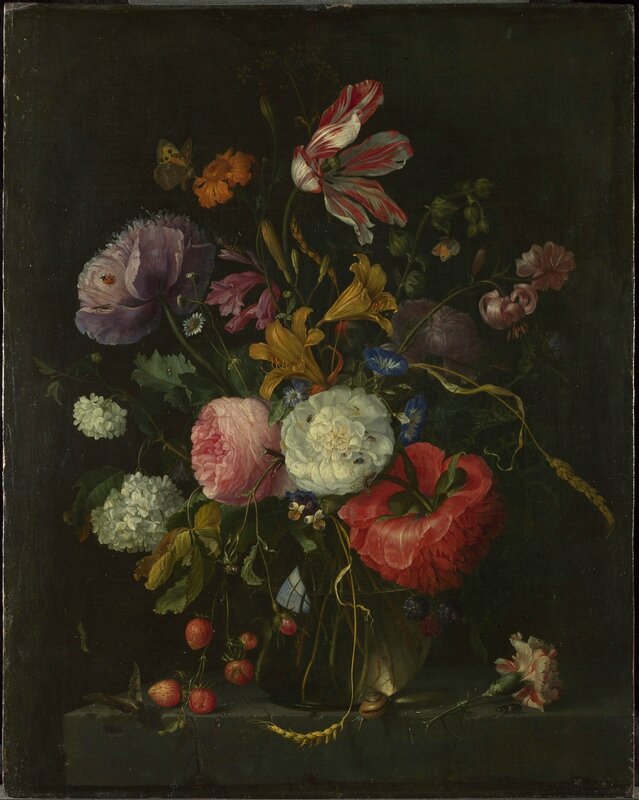 The earliest flower paintings feature flat, symmetrical arrangements comprising flowers from different seasons. Over the course of the 17th century, bouquets became more relaxed, with asymmetrical rhythms and a willingness to overlap even the most costly flowers to create a more natural sense of depth. By the end of the 18th century, flower paintings were considered largely decorative, with a lighter palette more in keeping with ‘modern’ tastes. Throughout the period, many artists favoured smooth copper or wood panel supports that enhanced the illusionistic perfection of their brushwork. Coinciding with the Chelsea and Hampton Court Flower Shows, visitors to the exhibition will have the opportunity to examine the flower paintings in detail to appreciate the stylistic and technical characteristics of each artist. Betsy Wieseman, Curator of Dutch and Flemish Paintings said: “This gorgeous display draws attention to the National Gallery’s extensive collection of Dutch flower paintings from the 17th and 18th centuries. It is the first exhibition in London to be devoted to this perennially popular theme in over 20 years. The recent addition of several extraordinary long-term loans to the National Gallery Collection, on view here for the first time, enables the Gallery to show how flower painting developed in the Netherlands over the course of two centuries. Every major figure in the genre is represented, including Jan Brueghel the Elder, Ambrosius Bosschaert, Jan Davidsz de Heem, Jan van Huysum, and Rachel Ruysch.” 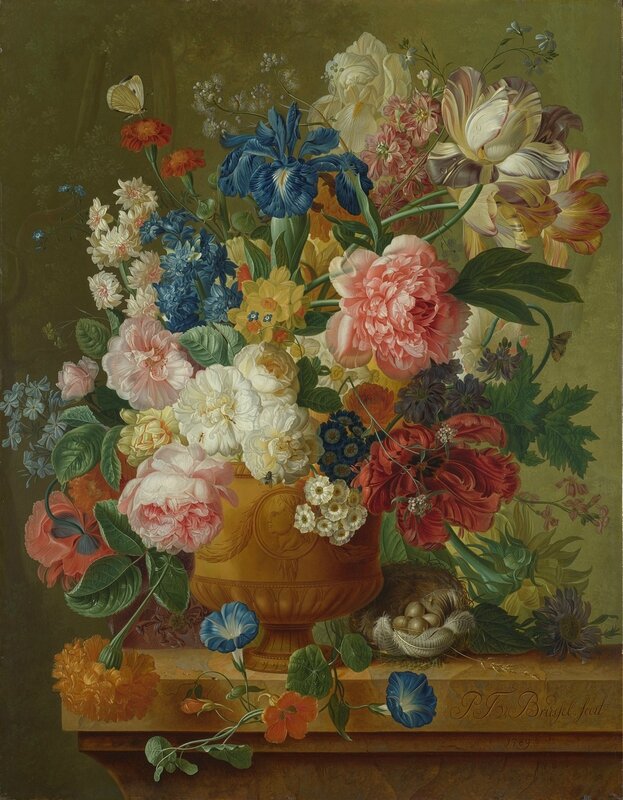 Gabriele Finaldi, Director of the National Gallery said: “The exhibition is an opportunity to admire the exquisite skill of Dutch flower painters over a period of nearly 200 years in works from the National Gallery and from private collections. They are paintings of astounding quality and beauty, often rich in symbolism and historic interest." Ambrosius Bosschaert the Elder, A Still Life of Flowers in a Wanli Vase on a Ledge with further Flowers, Shells and a Butterfly, 1609-10. Oil on copper © The National Gallery, London. Ambrosius Bosschaert the Elder, Vase with Flowers in a Niche, about 1615. Oil on copper, 35.3 × 23.3 cm. Private collection © Photo courtesy of the owner. 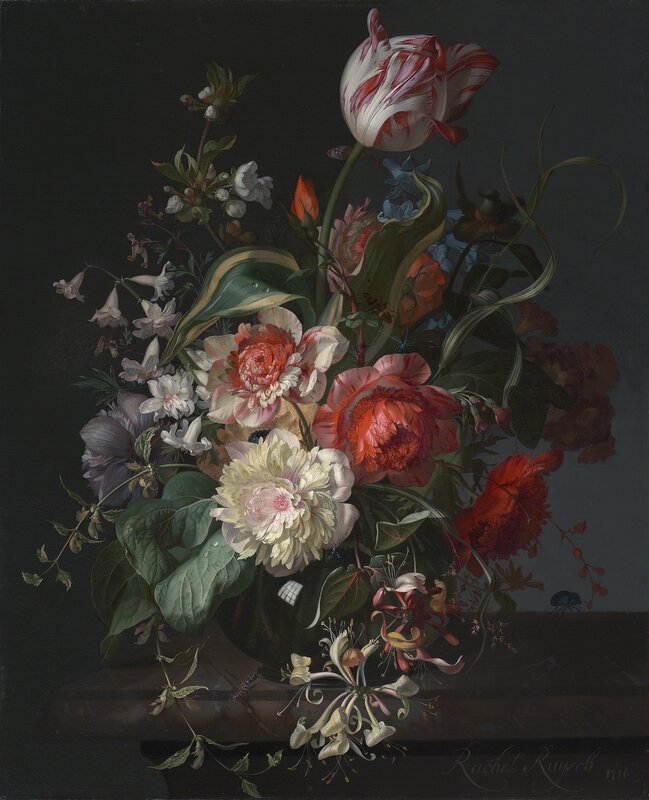 Osaias Beert the Elder, Flowers in a porcelain Wanli Vase, about 1615. Oil on panel, 35 × 24.5 cm. Private collection © Photo courtesy of the owner. 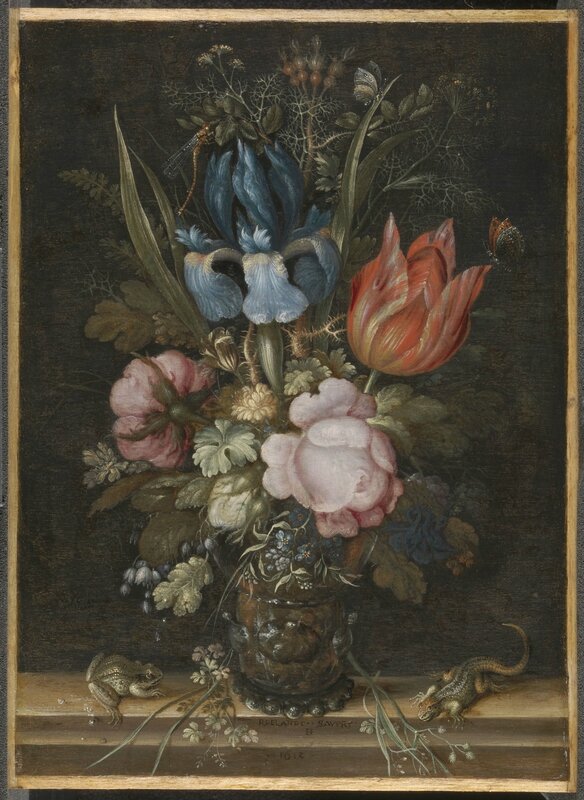