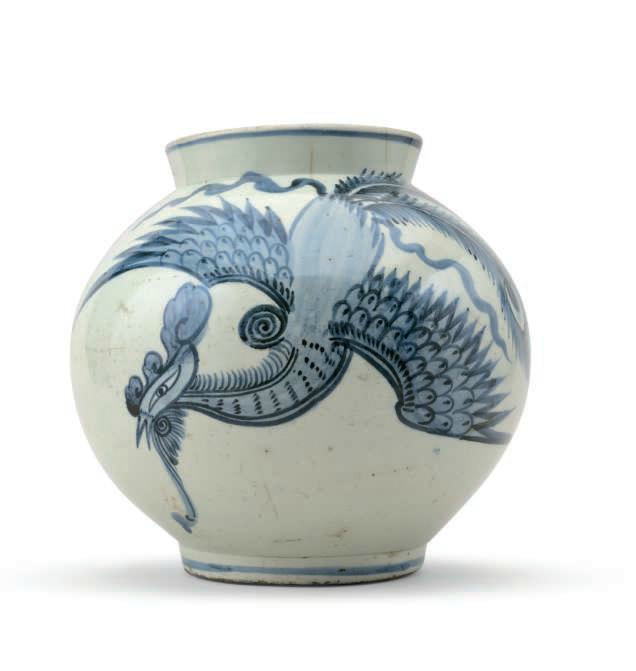 The globular body set on a short circular foot, decorated in underglaze-blue with a large phoenix flying and stylized clouds, applied with a glossy transparent glaze; 9 in. (22.9 cm.) high

Note: Phoenix with stylized clouds is one of the most popular subjects on blue and white wares from Joseon Dynasty. However it is very rare to have a large single phoenix designed all over the body as shown on this work here.
For a similar jar with the same design, see In Blue and White: Porcelains of the Joseon Dynasty, exh. cat. (Seoul: National Museum of Korea, 20140, pl. 175.