Francesco Guardi (Venice 1712-1793), A capriccio of a Palladian rotunda and a colonnade with figures conversing

Francesco Guardi (Venice 1712-1793), A capriccio of a Palladian rotunda and a colonnade with figures conversing Provenance: with Leggatt Brothers, London, according to a label on the reverse.

Note: Unlike his topographically accurate views of Venice, which were from the outset collected by foreign visitors, Francesco Guardi's imaginary ensembles of architecture and figures, known as capricci, seem to have been intended for a domestic Venetian audience. Guardi worked out the dynamic composition for this boldly colored, unpublished painting in a pen, ink and wash drawing now in the Victoria and Albert Museum (fig. 1; no. DYCE.261). 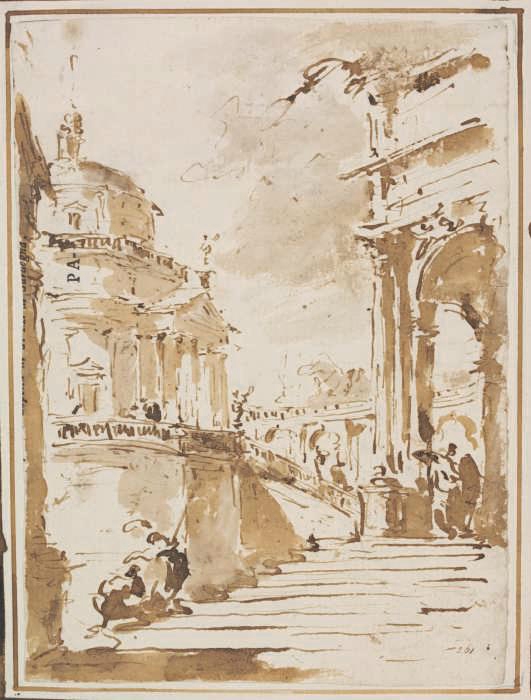 Fig. 1 Francesco Guardi, Architectural Capriccio, with a fight of stairs leading up to a Palladian building, pen and ink and wash, Victoria and Albert Museum, London.

Two other painted versions are known, each with minor variations to the architecture and figures. The first is in the National Gallery, London, and the second is in the Gulbenkian Foundation, Lisbon (see A. Morassi, Guardi, Antonio e Francesco, Venice, 1973, nos. 753, 754). The National Gallery dates theirs to 1770-1780. The rotunda with the classical portico at left was likely inspired by Andrea Palladio’s designs for the Rialto bridge. Though Palladio’s project was never brought to fruition – the commission ultimately went to Antonio da Ponte – Guardi knew Palladio’s drawings and made copies of them (see A. Morassi, Tutti I designi di Antonio, Francesco e Giacomo Guardi, 1975, nos. 372, 373).

Posté par : Alain Truong à 23:40 - Venise dans l'Art/Venice in Art - Commentaires [0] - Permalien [#]
Tags : "Architectural Capriccio, A capriccio of a Palladian rotunda and a colonnade with figures , Francesco Guardi, with a fight of stairs leading up to a Palladian building"

Commentaires sur Francesco Guardi (Venice 1712-1793), A capriccio of a Palladian rotunda and a colonnade with figures conversing