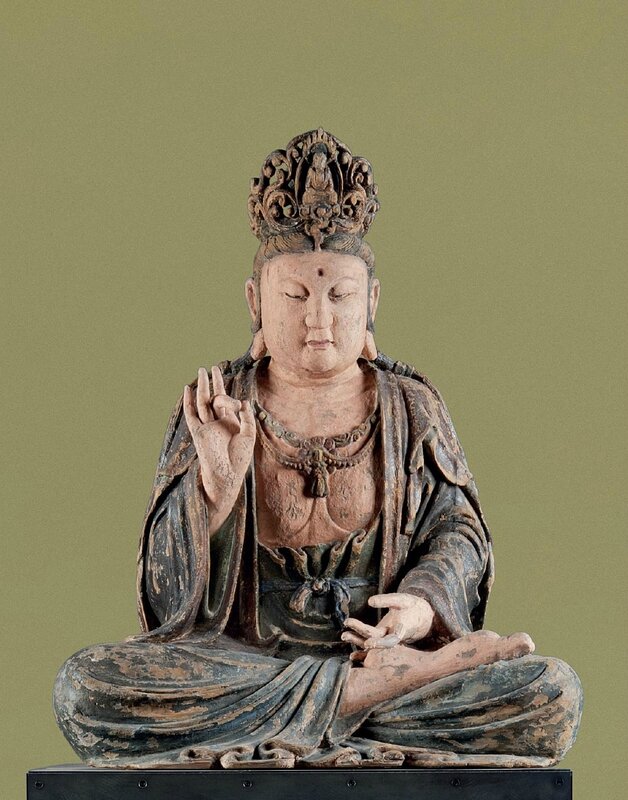 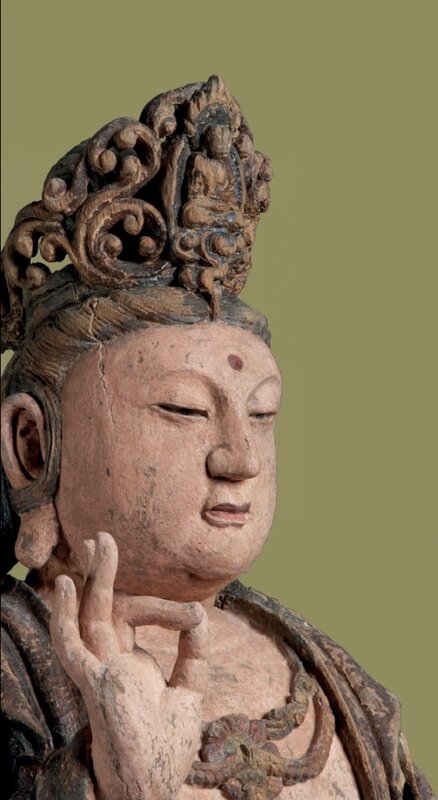 The bodhisattva is modelled seated in dyanasana, with the right hand raised in vitarka mudra and the left hand in varada mudra. The long flowing robes open at the chest to reveal a bejewelled necklace. The head is adorned with an elaborate headdress and the face bears a serene expression with downcast eyes. 38 ¼ in. (97 cm.) high

Note: Large wood sculptures of Guanyin are relatively rare, and in most cases the bodhisattva is depicted standing or in the “water-moon” posture, with one leg raised and the arm extended and resting on the knee. The present figure is part of a small corpus of works that depict Guanyin in the yogic padmasana, with the legs crossed in front of the body with the soles of the feet up; such a posture in Chinese sculpture is often reserved for images of Buddha.

The dating for this lot is consistent with Radiocarbon Dating Measurement Report no. RCD-8536, GrA-65575.