LONDON.- The British Museum opened the first exhibition in the UK to explore over 4000 years of history on the island of Sicily. Sponsored by Julius Baer, Sicily: culture and conquest provides new insight into the vibrant past of the Italian island familiar to so many visitors today.

The exhibition sheds light on the remarkable artistic and architectural achievements of the island through objects in the British Museum’s own collection alongside outstanding loans from Sicily and around the world, including many objects coming to the UK for the very first time. Gold libation bowl decorated with bulls. From the ancien site of Sant'Angelo Muxaro, Sicily, c. 600 BC. © The Trustees of the British Museum.

Sicily is the largest island in the Mediterranean and across time it has been shaped by the aspirations of many different peoples and cultures. Its perpetual allure lay in its fertile soil, fed by the volcanic dynamics of Mount Etna. Across time, people from as far and wide as the eastern Mediterranean and northern Europe settled on Sicily, forging a varied and sophisticated culture. The exhibition focuses on two major eras: first, the arrival of the Greeks from the latter half of the 7th century BC and their encounters with earlier settlers and with the Phoenicians, and second the extraordinary period of enlightenment under Norman rule, about AD 1100 – 1250. The exhibition explores how an astonishingly rich material culture flourished in both of these periods. Over 200 objects have been brought together to reveal the richness of the architectural, archaeological and artistic legacies of Sicily. When the Greeks made their first official colony at Naxos in around 735 BC, they brought new ideas and forged cultural and trading links with the earlier indigenous settlers. Sicily’s undemocratically elected rulers, known as ‘Tyrants’, and civic governing bodies displayed their wealth and power through the building of temples, sometimes of colossal dimensions, competing against the largest temples in Greece and the ancient Greek world. A rare and spectacularly well preserved, brightly painted terracotta altar, dating to about 500 BC, is one of the highlights of the loans from Sicily. It shows a scene of an animal combat on the upper tier, while below stand three striking fertility goddesses. The British Museum is also fortunate to have received on loan a magnificent terracotta architectural sculpture of a Gorgon, the famous Greek monster, that was once perched on the highest point of a building at Gela in south-east Sicily. Terracotta ornaments were frequently used to decorate the upper levels of buildings on Sicily and are amongst the finest that have survived from the ancient world. Another important Sicilian loan is a rare and iconic marble sculpture of a warrior from ancient Akragas, modern Agrigento. Marble statues were likely to have been commissioned, carved and imported into Sicily from overseas or made by local sculptors, trained in the Greek tradition. Such rare statues decorated major temples or were part of sculptural groups, most of which are long gone. Carthaginian grotesque terracotta mask, c. 550–475 BC. © The Trustees of the British Museum.

After a long series of wars involving Greek Sicilians, Carthaginians, and Romans, the island was eventually conquered by Rome. The exhibition includes a direct remnant of the final battle of that conquest which took place on 10 March 241 BC: a bronze battering ram that was fitted on the front of the Roman warships to sink enemy ships, and which was only recently excavated from the waters around the island. For Rome, Sicily’s primary role was to supply its population and its armies with grain; otherwise it cared little for the province. Following Rome’s ‘fall’, Christian Byzantines and Muslim Arabs competed for domination over Sicily, each ruling the island for several centuries. At the end of the 11th century, however, Norman mercenaries who had been settling and ruling in the south of Italy, in turn conquered the island, now inhabited by Byzantine Greek, Muslim, Jewish and Norman people. Under Kings Roger II, William I and William II, Sicily once again became one of the Mediterranean superpowers, easily rivaling the Byzantine Empire in the East, the Fatimid Caliphate of Egypt and the Papal States around Rome. 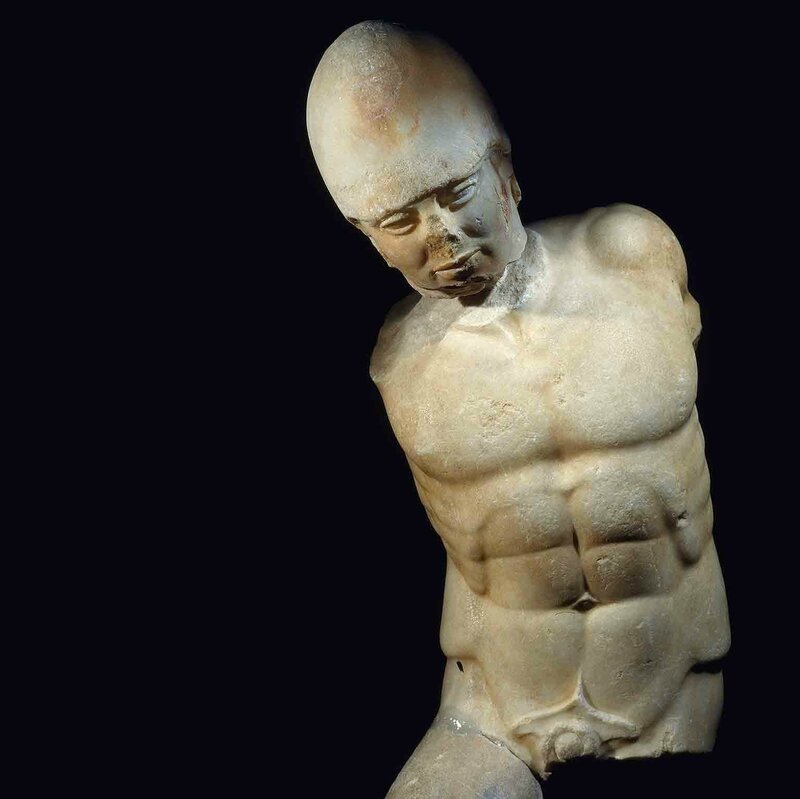 Through the coexistence of Norman, Islamic and Byzantine cultures on Sicily, Roger II created a climate of multicultural collaboration. Unique forms of art and architecture emerged from the mixture of influences. In 2015 nine buildings in the Arab-Norman style that emerged in Palermo and the surrounding area were elected as UNESCO world heritage. Coming on loan from several of these buildings are a twelfth-century Byzantine-style mosaic, and marble and wooden Islamic-influenced architectural decorations that give visitors a sense of this extraordinary architectural style that emerged under Roger II. At the same time, the palace workshops produced beautiful objects, from ceremonial glassware and ivory, gold pendants and intricate enamel mosaics and cameos. Each object demonstrates the skills of the craftsmen and the variety of cultural influences that inspired their artistic production and experimentation. Silver didrachm of Akragas showing a crab, c. 464 BC. © The Trustees of the British Museum.

Roger also welcomed scholars of all races and faiths to his court and took a direct interest in scientific innovation. The exhibition displays one of the oldest surviving copies of a new world map that Roger commissioned from al-Idrisi, an Arab cartographer, instructing him to base it on new research. The interest in innovation and scientific experiment was continued by Roger II’s grandson, Frederick II, who as Holy Roman Emperor ruled a large part of Europe, but based his court in Palermo. His desire to found a new Roman Empire was unfulfilled when he died heirless, and for the rest of its history, Sicily returned to being part of larger empires and states, rather than being its own master. The British Museum has worked closely with the Sicilian Ministry of Culture since 2010 on several loans, both at the British Museum and in Sicily. This exhibition presents the next collaboration between curators of the British Museum and Sicily. Objects of outstanding cultural significance have been carefully selected through consultation with Sicilian specialists from different museums across the island. These objects are being displayed alongside loans from Italy, the US and the UK, as well as items from the British Museum collection. 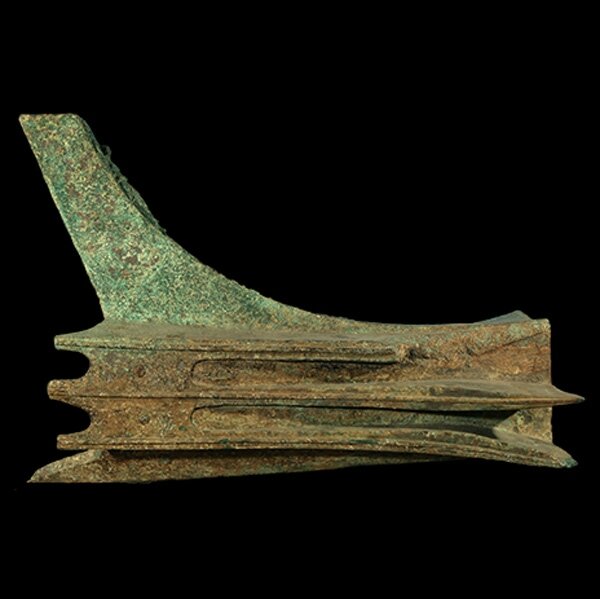 Bronze rostrum from a Roman warship. From the seabed near Levanzo, Sicily, c. 240 BC. Soprintendenza del Mare. © Regione Siciliana.

Joanna Mackle, deputy director of the British Museum said, “It gives me great pleasure to announce the British Museum’s exhibition on the rich cultural history of Sicily. We are hugely grateful to Julius Baer for their long term partnership with the British Museum and their generous support of this exhibition. We are also delighted to be working in collaboration with Sicilian colleagues to bring the fascinating story of this island to life." 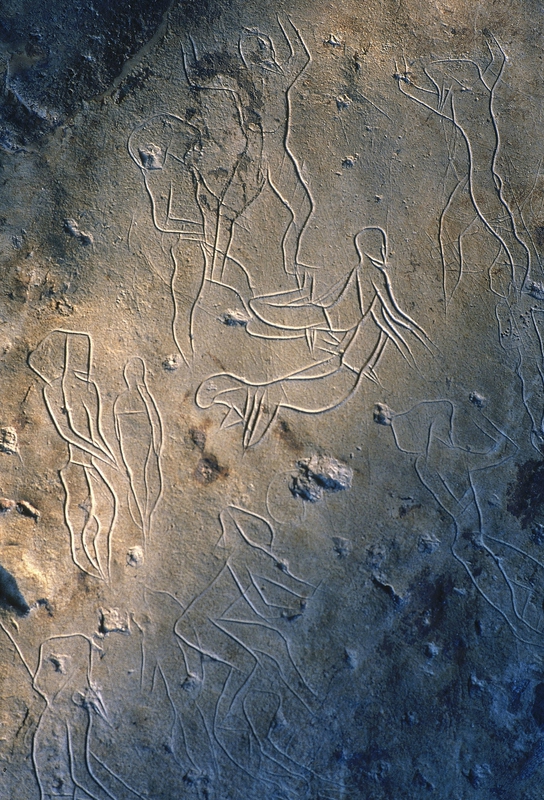 Engravings made between 13000 and 8000 BC in the Addaura cave near Palermo. © Regione Siciliana, Assessorato dei Beni Culturali e dell’Identità Siciliana. 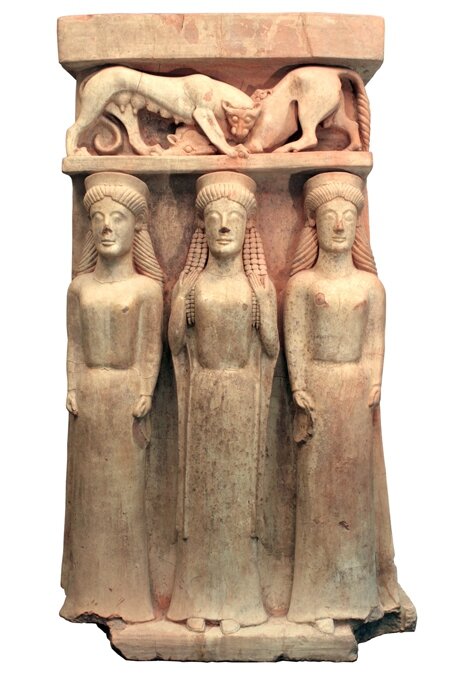 Terracotta head of a horse from the Acropolis of Gela, c. 480-460 BC. © Museo Archeologico Regionale di Gela. Head of a marble statue of the Roman empress Livia. Sicily, AD 30-50.  © The Trustees of the British Museum. Map of Sicily from the Book of Curiosities, Egypt, about AD 1200. © The Bodleian Libraries, University of Oxford. 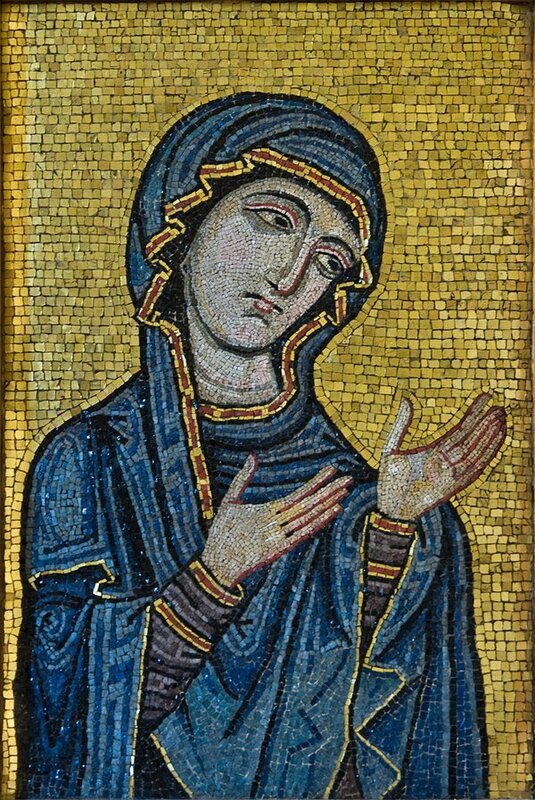 Lid of a casket with peacock decoration, Enamel, gold, copper, Probably Sicily, c.1250–1300 © The Trustees of the British Museum.