NEW YORK, NY.- Sotheby’s announced that its June sale of Important Watches in New York will be led by Swiss Mechanical Marvels, Part II, the second and final offering of a magnificent private collection of enameled automata from the early 19th century, circa 1800-1825. Sotheby’s offered Part I of the present collection in June 2015, with 22 pieces achieving $6.1 million (collection estimate $2.3‒3.6 million) and a new auction record established for any timepiece by Jaquet-Droz (The Singing Bird Scent Flask, sold for $2.5 million).

Part II will offer 20 additional works that represent the height of both technology and artistry in a pre-digital world: small enough to fit in the palm of one’s hand, these beautifully-painted and exquisitely-constructed automata marry hundreds of pieces that enable them to tell time, sing a tune and, in the case of the famed Magician Box (estimate $1.5‒2.5 million), answer the question of one’s greatest desire. Together the upcoming selection of timepieces, music and snuff boxes is estimated to bring $4–6 million.

For the collector who prizes quality, rarity and provenance, Swiss Mechanical Watches, Part II offers a depth of opportunity: a snuff box automated with a somersaulter on the interior and enameled on the reverse is a superb example of the fine craftsmanship in the group, while a vase-form automaton timepiece circa 1800, with an automated procession of a family revolving 360 degrees, is one of only four known examples. Distinguished provenance is prevalent again throughout the collection, including storied names such as King Farouk of Egypt, Edouard Gélis of Paris and Gustave Loup of Geneva. In fact, three pieces from the group on offer this June were formerly in the collection of King Farouk – famously auctioned by Sotheby’s in Egypt in 1954 – and have remained in the same collection since their purchase in that sale.

Daryn Schnipper, Chairman of Sotheby’s Watches & Clocks Department, commented: “In the midst of constant warfare in Europe in the late-18th and early-19th centuries, Swiss engineering reached new heights in the form of mechanical automatons. These horological treasures, studiously collected over the course of five decades, combine the nuts and bolts of technology with the finest enameling and design in the arts – to witness them spring to life at the touch of a button or a lift of the lever is truly a delight, and one we look forward to sharing this spring.” 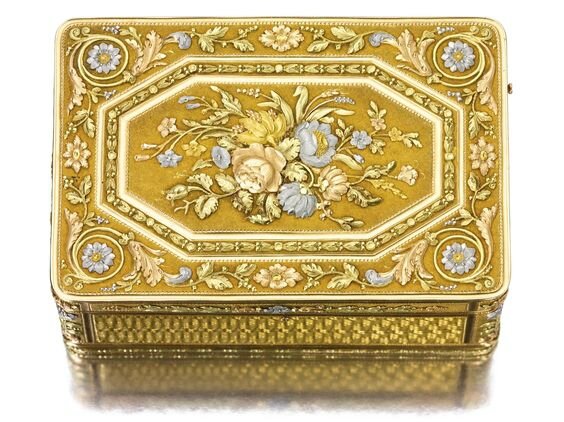 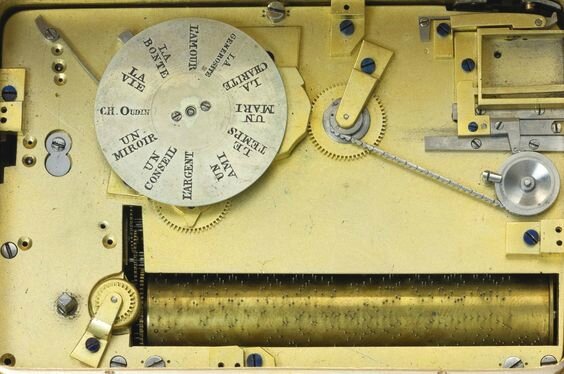 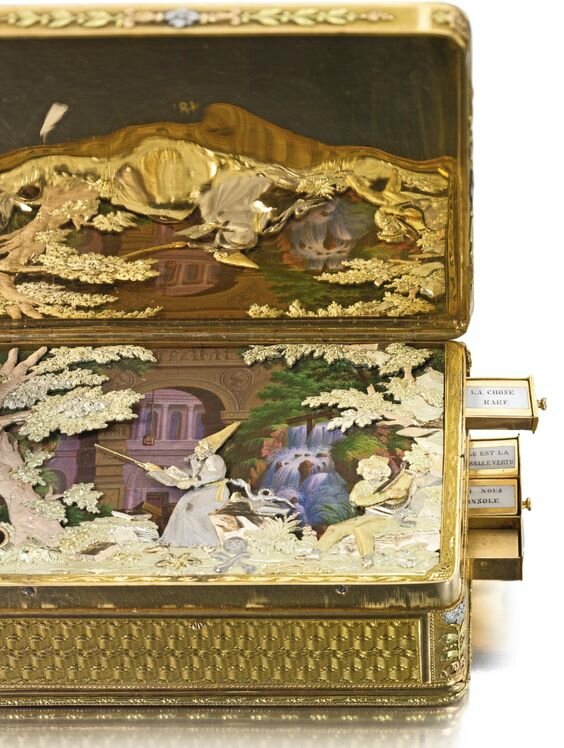 The rectangular gold box, charmingly decorated with an octagonal panel of four-colored gold flowers, opens to reveal a marvelous automata scene of a wizard in a conical hat and a boy with a lyre. Upon inserting a question-inscribed tablet into a drawer on the right hand side, enchanting music plays while the wizard waves his wand and consults his book, finally landing upon his answer, which appears in the left hand corner. This wonderfully clever and beautifully constructed automata has been in significant collections including those of Edouard Gélis and King Farouk of Egypt, and was last seen at auction when Sotheby’s sold The Palace Collection of Egypt in Cairo in March 1954. The automaton in question was also fully illustrated in color in the magnum opus of automata, Alfred Chapuis’s Le Monde Des Automates. Exhibited in 1950, at A La Vielle Russie’s Antique Automatons, this magnificent snuff box is truly a three-dimensional work of art. The central lid is an enameled scene of a young boy and girl picking cherries, framed by a row of pearls; when opened, a rectangular time dial is revealed, adjacent to an oval painting of a boy on an ox. The right-most compartment is the automation-a woman playing a hurdy gurdy is accompanied by a conjurer waving his wand, a somersaulter performing turns, and various tools and implements. The final surprise is on the reverse of the snuff box, a fine enamel depiction of an elopement. While many may find the subject matter to be unusual, the quality of the enameling during a time of the French occupation of Switzerland is truly remarkable. 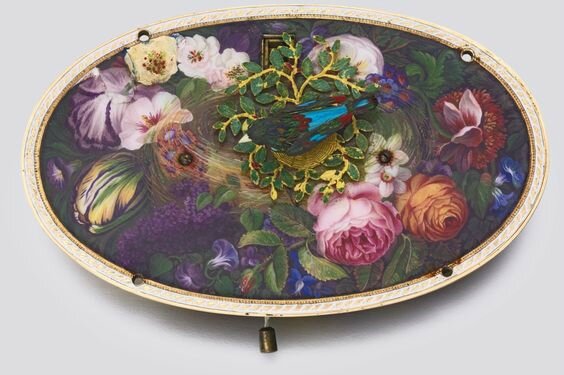 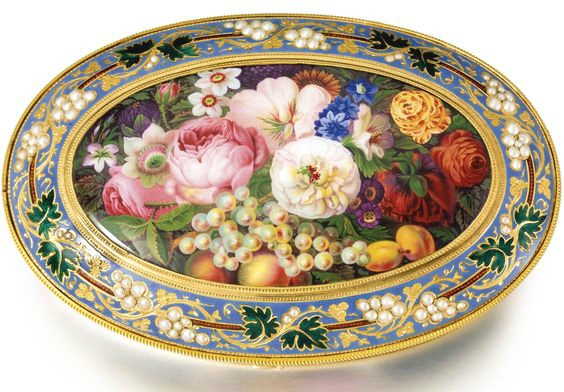 The early 19th Century fascination with teaching canaries to sing led to a demand for bird boxes, such as this one attributed to Jacob Frisard. Encased in a domed cover, with a central medallion beautifully painted with green enamel grape leaves, the vibrantly feathered bird springs to life with a pull at the front of the case-realistically opening and closing its beak, whilst swiveling his body and fluttering his tail. The distinctive construction and activation system is most similar to a bird box housed in the Patek Philippe Museum in Geneva, and its pair in the collection of renowned horologist, Alfred Sandoz. One of four examples known to date, the present timepiece featuring a circular procession of a family has been in the collection of King Farouk of Egypt as well as Edouard Gélis. The automaton, operated by a level on the side, swings around a mother cradling a baby, a child playing with a branch, a hunter and two children playing with a whirligig along an enameled background. The decorations continue on the white enamel dial, with the cover decorated with enamel foliage, a diamond set finial, and a pearl border, attributed to Piguet & Capt., Geneva