NEW YORK.- Oskar Kokoschka’s Sitzender bärtiger Mann (1907) set a world auction record for a work on paper at U.S. $425,000 with premium at the Bonhams New York’s Impressionist and Modern Art sale on May 11. It followed the exceptional sculpture Eve by Auguste Rodin, which led the sale achieving U.S. $1,061,000 with premium. In response to a remarkable collection of works the saleroom was abuzz with bidders on the floor, online and over the telephone from around the world, resulting in sell-through rates of 91% by value and 80% by lot. 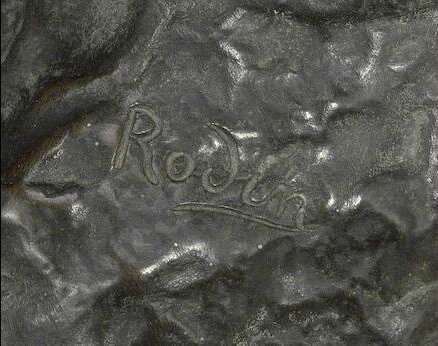 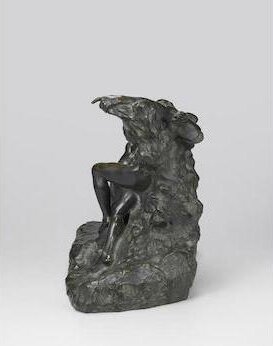 Note: Marguerite Caetani, former owner of this painting, was one of the most influential literary patrons of the early twentieth century. She was born in Connecticut in 1880 into the storied Chapin family, descended from Deacon Samuel Chapin who left England for the New World in 1635. Her extended relatives included T.S. Elliot, J.P. Morgan, William Howard Taft, Grover Cleveland, Harriet Beecher Stowe and the abolitionist John Brown, among others (H. Barolini, Their Other Side: Six American Women and the Lure of Italy, New York, 2006, p. 183). Orphaned at an early age she rebelled against the expectations of her class and left for Paris in 1903 to study singing. There she met and married the Italian aristocrat, composer and collector Roffredo Caetani, Prince of Bassiano, later the last Duke of Sermoneta. During the 1920s the 'Sunday Lunches' at the Caetanis' Villa Romaine in Versailles were frequented by the star literary, visual, and musical artists of the day, from James Joyce and Paul Valéry to Picasso, Collette, and Stravinsky (Barolini, op. cit., p. 194). In the fall of 1924, Marguerite turned her artistic and literary passion into a business venture, starting the revue Commerce, which published a number of unseen excerpts from Joyce's Ulysses, poems by T.S. Eliot (or simply "Cousin Tom"), and works by other English language authors including Faulkner and Woolf, all translated into French. While the review was extremely well received, and Marguerite was a darling of the Parisian artistic set, she never strove for celebrity and ultimately remained behind the scenes. Despite a gallant attempt at making ends meet, the economic hardship of the 1930s meant that Marguerite could not continue to provide the funds necessary to keep publishing Commerce. The Caetanis returned to Italy, moving into the Palazzo Caetani in the Via delle Botteghe Oscure in Rome. After the Second World War and the death of her only son on the Albanian front, Marguerite founded a second literary review, Botteghe Oscure. The review ran from 1948 until 1960 and was divided between Italian writings, and foreign works in their original language. It was originally published anonymously, but in the 1950s Marguerite added her name to the masthead. As with Commerce, she never stepped into the limelight, nor did she contribute any of her own writings. The remarkable list of contributors included W.H. Auden, Dylan Thomas, André Malraux, Truman Capote, and Carlos Fuentes. The review finally ceased publication in 1960, three years before the death of its founder

Provenance: Private Collection, Halle, Germany.
By descent from the above to the previous owner.

Note: This work is recorded in the archives of the Georg Kolbe Museum. The figure was conceived by Kolbe, together with a pendant male figure Herabschreitender, in connection with his ambitious monument to Beethoven (1926-1947), which was only installed in Frankfurt after the sculptor's death. Two casts of this model, the present work and the version now in the Georg Kolbe Museum, Berlin, were cast in December 1927 or January 1928, while the third and final work from the edition, now lost (presumed destroyed), was cast in 1937-38.