SYDNEY.- The Art Gallery of New South Wales is presenting Tang: treasures from the Silk Road capital, the first exhibition in Australia to focus on the art of the Tang Empire.

Tang: treasures from the Silk Road capital features a wondrous array of rare gold, silver and glass artefacts as well as ceramics, sculptures and mural paintings from the Tang Empire, many of which are national treasures of China and attesting to their great cultural significance. Some of the 135 objects have never before been exhibited outside China. Dragon - gilded bronze with an iron core, unearthed from Caochangpo in the southern suburb of Xian, 1975. Shaanxi History Museum.

“For the first time, Australian audiences are able to appreciate the high artistic achievements and rich history of this golden age of China as Tang: treasures from the Silk Road capital opens at the Art Gallery of New South Wales. “Tang is the third exhibition from the Shaanxi Province to be held at the Gallery following the very successful Qinshihuang’s terracotta warriors and horses in 1983 and The First Emperor: China’s entombed warriors in 2010-11,” Brand said.

“There are many people to thank for making this exhibition possible, but in particular I wish to thank Cheng Jianzheng, former director of the Shaanxi History Museum, whose meeting with me in Sydney in 2012 was not only the inspiration for this exceptional project, but the first meeting I had with an international museum director after I started at the Gallery,” Brand added. Part of the 12 zodiac animals. Earthenware. Unearthed from a Tang era tomb at Xi'an University of Technology, Xi'an, 2002.

While Europe was still in the Dark Ages, the Tang Empire (618-907) became the richest and most powerful realm in the world. At the heart of the Tang Empire was its capital city, Chang’an (present day Xi’an). Home to one million people and situated at the start of the famous Silk Road trade route, this cosmopolitan metropolis was renowned as a city of great wealth, cultural diversity and religious devotion.

Tang: treasures from the Silk Road capital focuses on life in Chang’an during the Tang Empire. Each of the artefacts in the exhibition carries a story from this extraordinary city: from the elevation of tea drinking to an art form; the booming artisanship in gold, silver and ceramics; to great innovations in Chinese fashion and music. “The works on display in Tang: treasures from the Silk Road capital demonstrate exceptional craftsmanship and storytelling power including a 9th-century tea grinder that belonged to Emperor Xizong; an early 8th-century mural from the walls inside Prince Jiemin’s tomb; and a Hayagrīva statue from the site of the Anguo Monastery, one of the important Buddhist centres of the late Tang dynasty,” curator of Chinese art at the Art Gallery of NSW, Yin Cao said.

The exhibition brings to light the fascinating lifestyle of the women of Chang’an. The diverse culture of Chang’an during the Tang dynasty brought about a time of great tolerance and openness that saw women gain a remarkable increase in freedom. The apex of this empowerment was the more than 20-year reign of Empress Wu Zeitan, the only female sovereign in Chinese dynastic history. Women were also increasingly represented in art during the Tang dynasty. 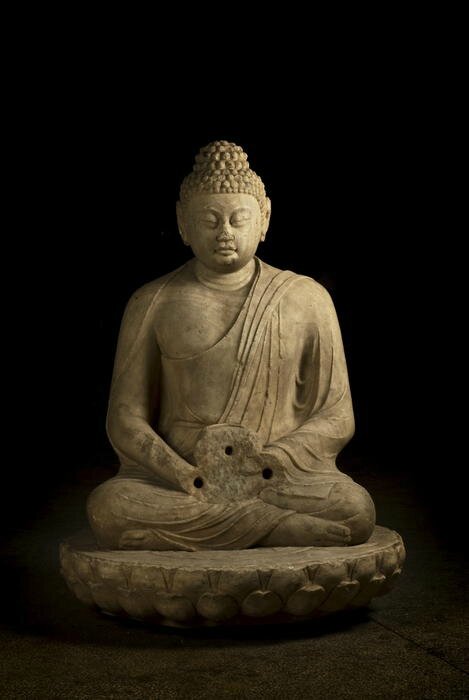 Buddhism thrived in the Tang Empire with many emperors offering imperial patronage of the religion. Private patrons were also prevalent with merchants, foreign dignitaries, women’s groups, military leaders and families sponsoring impressive temples such as the Mogao Grottoes. An art treasury comprising over 700 caves, the Mogao Grottoes abound with murals, statues and architectural monuments. They are located near the oasis town of Dunhaung in northwestern China, which during the Tang dynasty was a major crossroads on the Silk Road.

The exhibition Tang: treasures from the Silk Road capital is accompanied by Pure Land: inside the Mogao Grottoes at Dunhuang, a spectacular interactive installation of one of the UNESCO World Heritage listed Mogao Grottoes, known as the Caves of the Thousand Buddhas, now closed to public for conservation reasons. Dr Brand said the Gallery at every opportunity is looking to incorporate appropriate technologies into exhibitions to enhance the experience of visitors viewing art.

“Using pioneering 3D augmented-reality technology, Pure Land: inside the Mogao Grottoes at Dunhuang is a near life-sized reconstruction that transports visitors using iPads to view the intricate wall paintings and statues of this ancient hidden treasure,” Brand said. Mr Jin Lin, Managing Director of presenting partner Aqualand said, “It is timely for us to begin our association with the Art Gallery of New South Wales with Tang: treasures from the Silk Road capital as we are currently working on the restoration of the ancient city of Luoyang in China, following the design principals of the Sui and Tang dynasties. Aqualand is committed to supporting arts and culture and we are pleased to assist the Art Gallery of New South Wales to bring this fantastic experience to the people of Australia.”

Pure Land: inside the Mogao Grottoes at Dunhuang was developed in collaboration with Professor Sarah Kenderdine (University of NSW), City University of Hong Kong and the Dunhuang Academy, China. 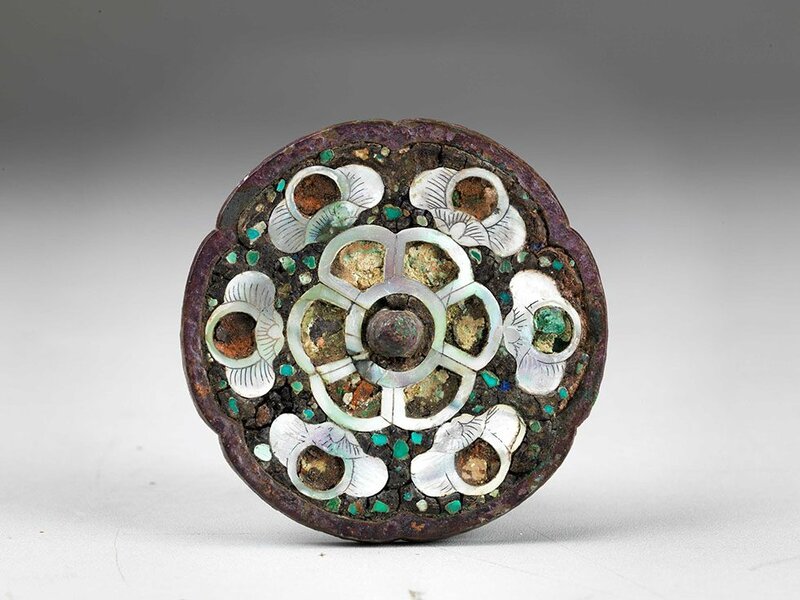 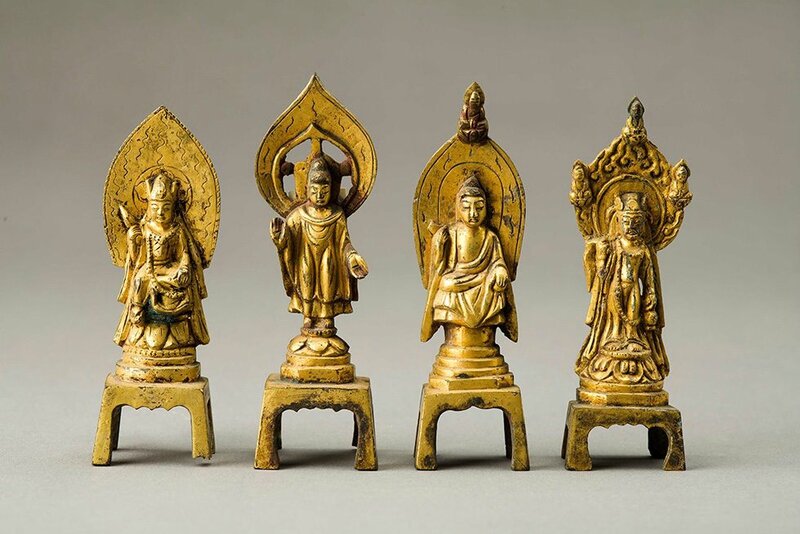