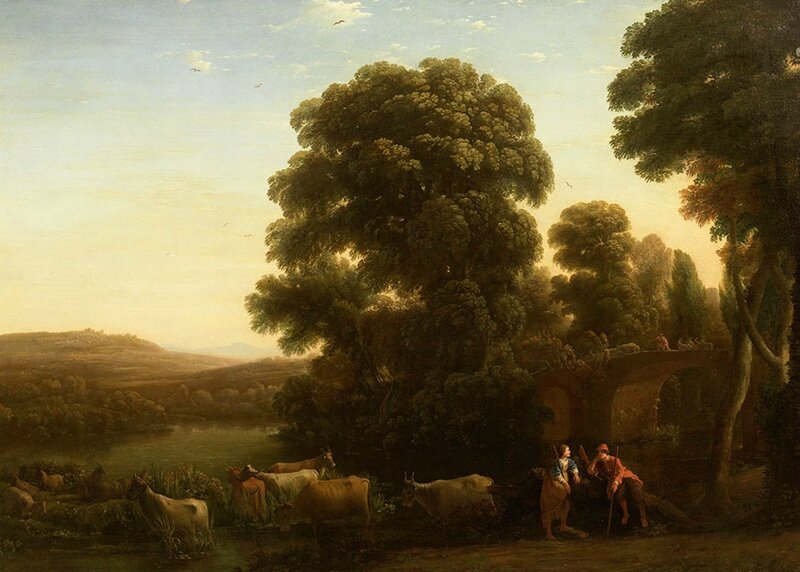 LONDON.- Pastoral Landscape by the French Baroque painter Claude Lorrain is the leading picture in Bonhams Old Master Paintings Sale in London on July 6. It is estimated at £600,000-800,000.

The work has only been widely known since 1972 after intensive research confirmed it to be an original work by the master. It has not been seen at auction since 1973. Claude Lorrain painted Pastoral Landscape between 1635 and 1637 in Rome. It is not known who commissioned the painting, but around this time Claude Lorrain 's work had begun to attract important patrons, including Pope Urban VIII, the future Pope Clement IX and, perhaps most prestigious of all, King Philip IV of Spain. His reputation had grown to such an extent that other landscape painters were copying his work. To guard against this Claude Lorrain began keeping a visual record of his paintings before they left his studio. A sketch of Pastoral Landscape in the Uffizi Gallery, Florence was probably made for this purpose.

Claude Lorrain is regarded as the greatest painter of 'Ideal Landscape' - an image of landscape that is more beautiful and ordered than nature itself and often features shepherds and shepherdesses watching their flocks and herds. Bonhams Director of Old Master Paintings, Andrew McKenzie, said:” What marked Claude Lorrain out was his unparalleled skilful handling of light - almost all of his works depict sunrise or sunset - and Pastoral Landscape is a particularly fine example of the artist’s mastery of the atmospheric effects of light and shade. He perfected the naturalism that characterised his output of the 1620s and 30s through his direct studies in the countryside. He spent whole days in the field observing the light effects in the sky and on the ground, noting the appropriate colours on his palette and then going home to record those effects on his canvas. Claude Lorrain 's poetic magic, so apparent in the Pastoral Landscape, is timeless which is why it continues to be highly prized today.” 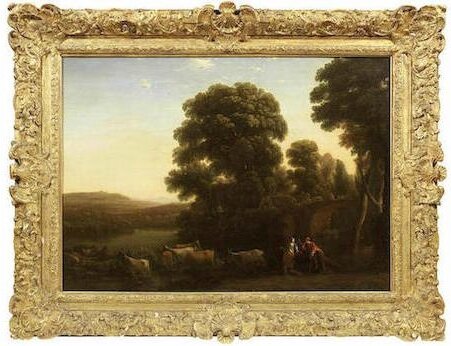 The refined and cultivated values that suffuse Claude's works appealed greatly to European nobility and the higher clergy, a section of society that continued to collect his work in the centuries to come. By 1830 about two-thirds of Claude Lorrain 's pictures and drawings, including Pastoral Landscape, were in British collections where they had a far-reaching impact on British culture. His idealised scenes influenced landscape garden design, the poetry of the 'Augustan Age' and particularly painting – as seen in the works of Constable and, particularly, JMW Turner, whose Dido building Carthage and Sun rising through vapour hang between Claude Lorrain 's The Seaport and The Mill in The National Gallery in London, as stipulated in the artist's will.

Claude Gelée was born in the French Duchy of Lorraine (and is consequently also known as Claude Lorrain). The details of his early life are disputed - one version has him apprenticed to a party cook - but by the late 1620s he was settled in Rome where he established his reputation as an artist and where he lived until his death. He is universally acknowledged as one of the greatest artists of the Baroque and his works hang in all the world’s major galleries.