Washington, DC—Celebrated for the fundamental role he played in promoting the architectural capriccio, Hubert Robert combined famous monuments of antiquity and modernity in unexpected ways to create strikingly new and imaginative city scenes and landscapes. On view at the National Gallery of Art, Washington, from June 26 through October 2, 2016, Hubert Robert, 1733–1808 is the first monographic exhibition in the United States on the artist as well as the first exhibition to survey his achievements as both a painter and a draftsman.

More than 100 paintings and works on paper showcase his talents: he was a masterly landscape painter, a gifted and prolific draftsman, an engaging printmaker, and an acute chronicler of some of the major events of the day. The recipient of important royal and aristocratic commissions, including many from Russia, Robert was also the first Keeper of Paintings at the Musée du Louvre.

Dubbed "Robert des ruines" by the great critic and encyclopedist Denis Diderot, Robert was renowned during his era as one of France's most prominent artists. 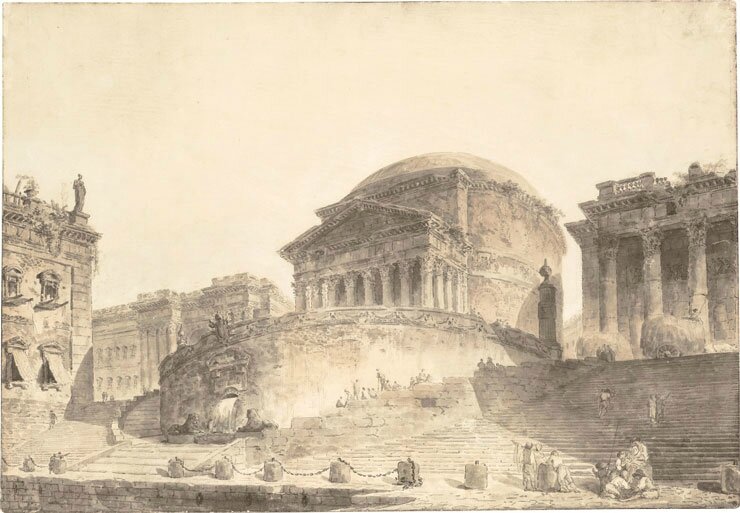 Hubert Robert (1733–1808), Architectural Capriccio with the Port of Ripetta and the Pantheon, 1760, pen and ink with wash and watercolor over chalk on paper that appears to be partially prepared. Collection of Jean Bonna, Geneva. photographer Patrick Goetelen, Geneva

"Because of Robert's longevity and enormous public popularity, he is mentioned in all standard reference texts on the 18th century. However, no catalogue raisonné of either his paintings or his drawings has been written. Robert's overall production was far richer and more varied than has generally been recognized on this side of the Atlantic and we are delighted that this project will bring new recognition to an artist whose importance in his own time was considerable and whose artistic range and accomplishments deserve to be better known," said Earl A. Powell III, director, National Gallery of Art.

Prior to this exhibition, the last monographic exhibition on Hubert Robert in France was in 1933 on the 200th anniversary of his birth. The exhibition is organized by the National Gallery of Art, Washington, and the Musée du Louvre, Paris, where it was on view from March 9 through May 30, 2016.

The exhibition is made possible through the leadership support of the Leonard and Elaine Silverstein Family Foundation. Additional funding is provided by The Exhibition Circle of the National Gallery of Art. It is supported by an indemnity from the Federal Council on the Arts and the Humanities. 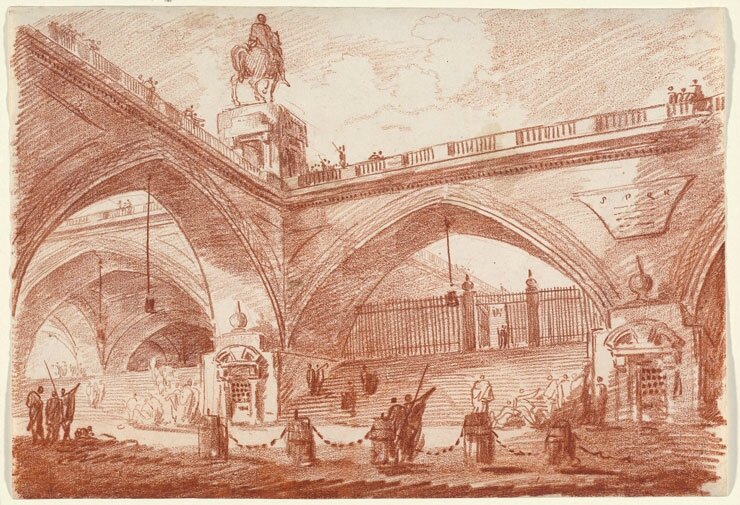 Hubert Robert, 1733–1808 is installed in chronological sections that correspond to key periods in his life: Robert's 11 years in Rome; his official successes and major commissions after his return to Paris in 1765, including his work as a garden designer; new themes inspired by his personal experience of Paris, including scenes of urban construction and destruction; the French Revolution and his own imprisonment; and his post-revolutionary involvement with the creation of the new museum of art in the Louvre.

Hubert Robert was one of the 18th century's most successful artists, and his career is paradigmatic of the pleasures and vicissitudes of his era. Born in Paris, he studied painting in Italy (1754–1765) as a protégé of the duc de Choiseul, who helped him obtain a special entrée to the French Academy in Rome, normally reserved only for winners of the prestigious Prix de Rome. There, Robert refined his artistic practice through direct study of Rome's architectural wonders, parks, and gardens. The content and style of his Roman output largely reflect an emulation of contemporary artistic models and peers (Piranesi and Panini), but Robert also perfected works for which he is best known: depictions of ruins and monuments in which the past and present mingle in striking and unexpected ways. Hubert Robert (1733–1808), The Water Theater of the Villa Aldobrandini in Frascati, 1762, pen and ink with wash and watercolor and touches of white gouache, over graphite on two joined sheets. Albertina, Vienna.

Upon his return to Paris—where his scenes of ruins shown in the Salons inspired Diderot's lavish praise—Robert established himself as one of the most sought after artists of his day, producing large-scale painted decors and designing garden landscapes and decorative objects for the royal family and its entourage. Robert also enjoyed access to prominent intellectual and artistic circles: he was a close friend of the painter Élisabeth Louise Vigée Le Brun and a favorite of Madame Geoffrin—one of the leading female intellectuals of the French Enlightenment. 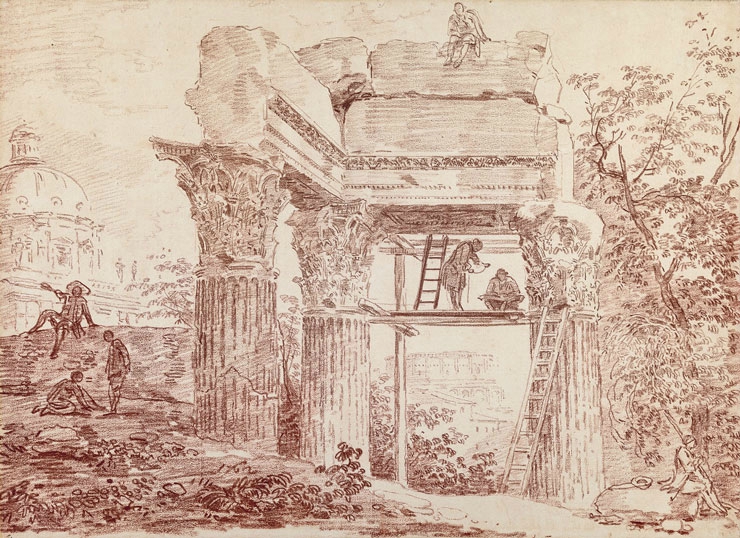 His work later addresses the demise of this glittering and decadent society, first in ominous scenes of conflagration and disaster of the late 1780s, then in accurate, unblinking representations of vandalism of royalist monuments and his own imprisonment during the Revolution. Upon his release, Robert spent the rest of his life reworking his favorite theme—the conflation of contemporary life and the distant past—through a series of meditative variations on the Grande Galerie of the new Musée du Louvre, where he served as curator until his death in 1808. 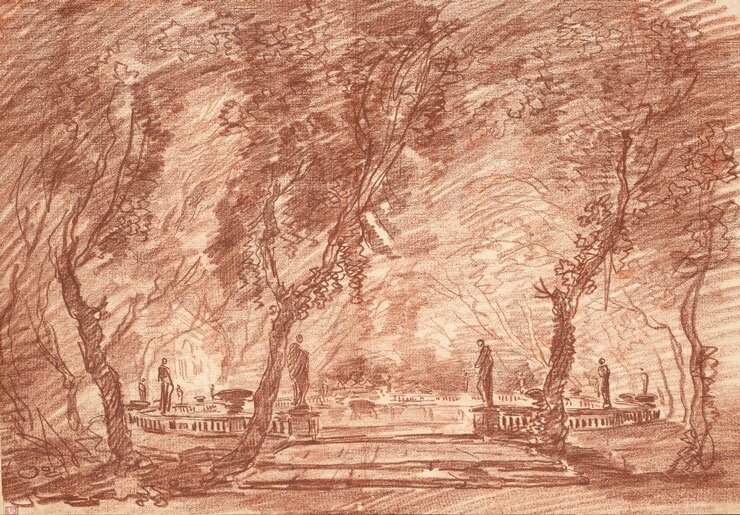 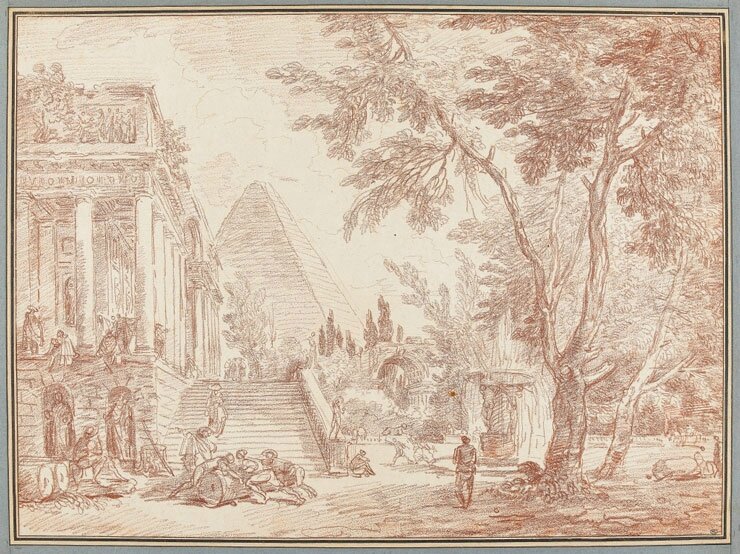 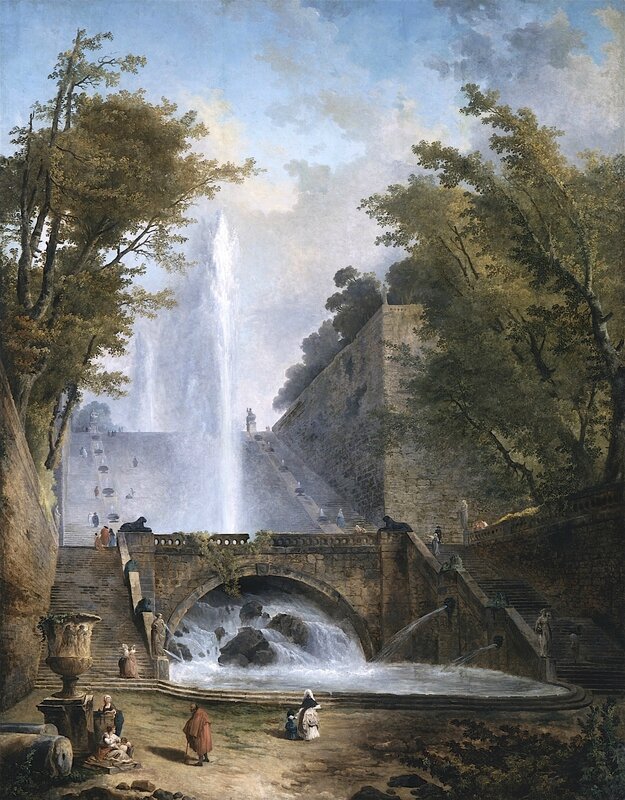 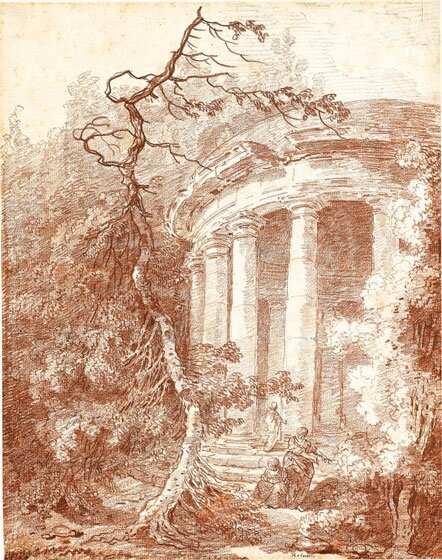 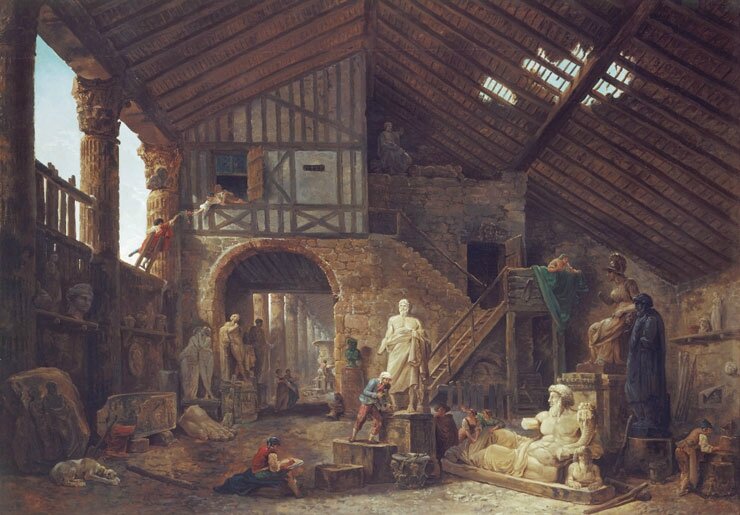 Hubert Robert (1733–1808), The Studio of an Antiquities Restorer in Rome, c. 1783, oil on canvas. Lent by the Toledo Museum of Art, Purchased with funds from the Libbey Endowment, Gift of Edward Drummond Libbey 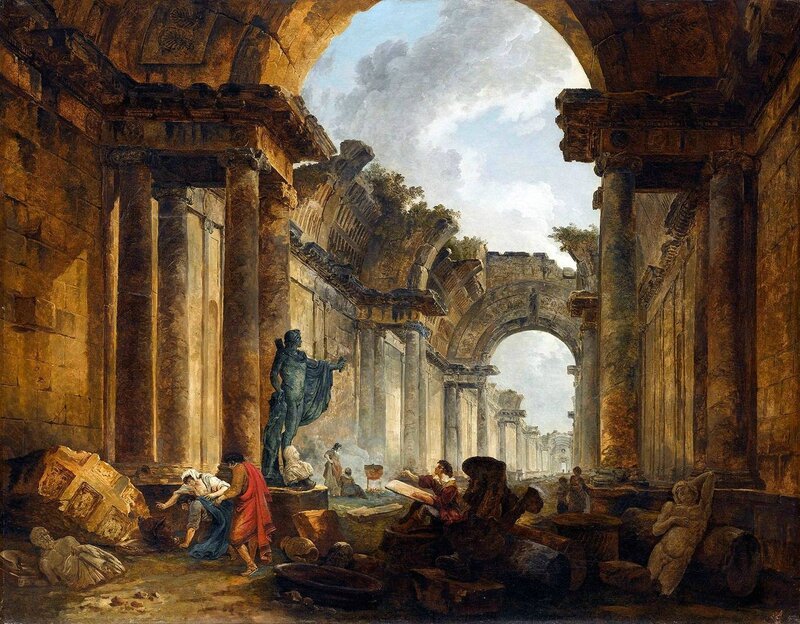