Exhibition at Mart Rovereto illustrates the origins and development of Divisionism

Exhibition at Mart Rovereto illustrates the origins and development of Divisionism ROVERETO .- After its great success in Madrid, Painters of light. From Divisionism to Futurism comes to the Mart Museum in Rovereto, from June 25 to October 9, 2016.

The exhibition, which includes masterpieces from the collections of the Mart and prestigious public and private loans, illustrates the origins and development of Divisionism, which played a key role in the Italian artistic renewal between the end of the 19th and early 20th century, eventually being incorporated in the avant-garde Futurist movement. Divisionism established itself in 1891 at the Triennale di Brera, with the first "public" showing of a group of young painters—Segantini, Pellizza da Volpedo, Morbelli and Longoni—supported by Vittore Grubicy de Dragon. Basing themselves on a visual revolution arising from scientific discoveries concerning the composition of colours and focusing on the expressive power of light, they also changed the subjects painted, tending toward a modernity in the themes depicted: these ranged from social content in an Italy only recently united and still seeking its own cultural identity, to more lyrical subjects linked in some way to the international trend of Symbolism. The revolutionary force of this new manner and its technical basis led, at the beginning of the 20th century, to Futurism, the avant-garde movement conceived by the poet Filippo Tommaso Marinetti, who burst onto the art scene in 1910 with his Manifesto, accompanied by such painters as Boccioni, Balla, Carrà, Russolo and Severini. The composition of Divisionist light associated with that of the form and a vocation for depicting the movement and speed of modern life, tenets of Futurist poetry, projected Italian art into the heart of the contemporary European artistic debate. It is in this confrontation between two generations that defines the birth of modern painting in Italy.

The exhibition is curated by Beatrice Avanzi, Daniela Ferrari and Fernando Mazzocca, in coproduction with Fundación MAPFRE, Madrid. 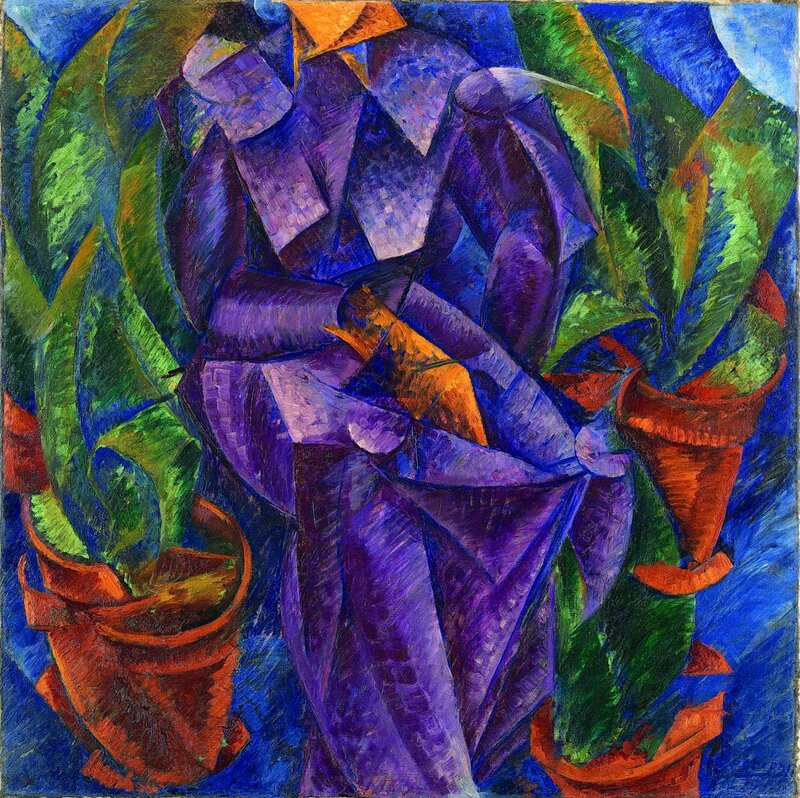